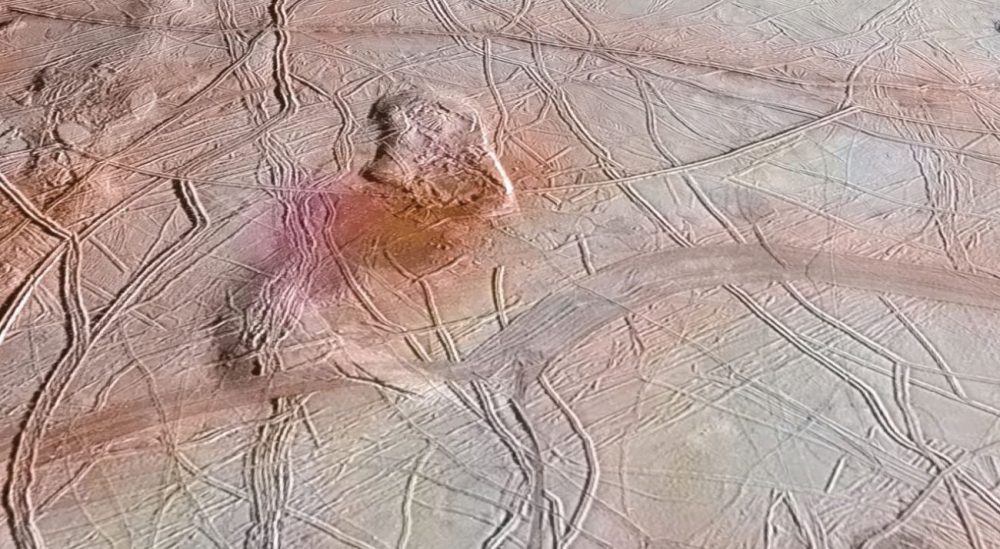 "When it comes to the prospects of life beyond Earth, it's almost a racing certainty that there's life beneath the ice on Europa..."

The chancellor at Liverpool Hope University in the United Kingdom believes it is likely that there are forms of alien life living on Jupiter’s moon Europa.

According to a statement, Monica Grady, the chancellor at Liverpool Hope University, says that higher life forms are likely to exist in Europa.

Speaking about the possibilities of alien life within the confines of our solar system, the chancellor revealed that if there’s life on Mars, its likely to be microscopic, but on Europa, on the other hand, there could be complex forms of life.

“If there is something on Mars, it’s likely to be very small — bacteria,” Grady explained.

“But I think we’ve got a better chance of having slightly higher forms of life on Europa, perhaps similar to the intelligence of an octopus.”

“When it comes to the prospects of life beyond Earth, it’s almost a racing certainty that there’s life beneath the ice on Europa,” she added.

“Elsewhere, if there’s going to be life on Mars, it’s going to be under the surface of the planet. There you’re protected from solar radiation. And that means there’s the possibility of ice remaining in the pores of the rocks, which could act as a water source. If there is something on Mars, it’s likely to be very small—bacteria,” professor Grady explained.

Jupiter’s moon Europa is one of the main candidates in the solar system to sustain life as we know it, and Grady argues that complex alien creatures could inhabit the glacial oceans that exist beneath the massive shell of ice, though to be more than 20 kilometers thick on the alien moon.

Evidence of that is a recent NASA announcement, which revealed that experts are completing the final stages of a mission expected to launch to Jupiter’s Moon Europa—dubbed Europa Clipper.

This new mission is designed to look for signs of life specifically.

Although Grady believes that higher forms of life could exist in places like Europa, when it comes down to alien beings similar to humans, the scientist is not convinced.

“I’m fairly certain we’re all there is at our level of intelligence in this planetary system,” Grady explained. “And even if there are octopuses on Europa, that doesn’t give us a reason to destroy our planet.”

Europa is of Jupiter’s 79 known moons and is believed to be covered by a layer of ice more than 15 miles thick. This massive ice barrier is believed to protect the Moon’s interior—a vast ocean—from harmful radiation from space.