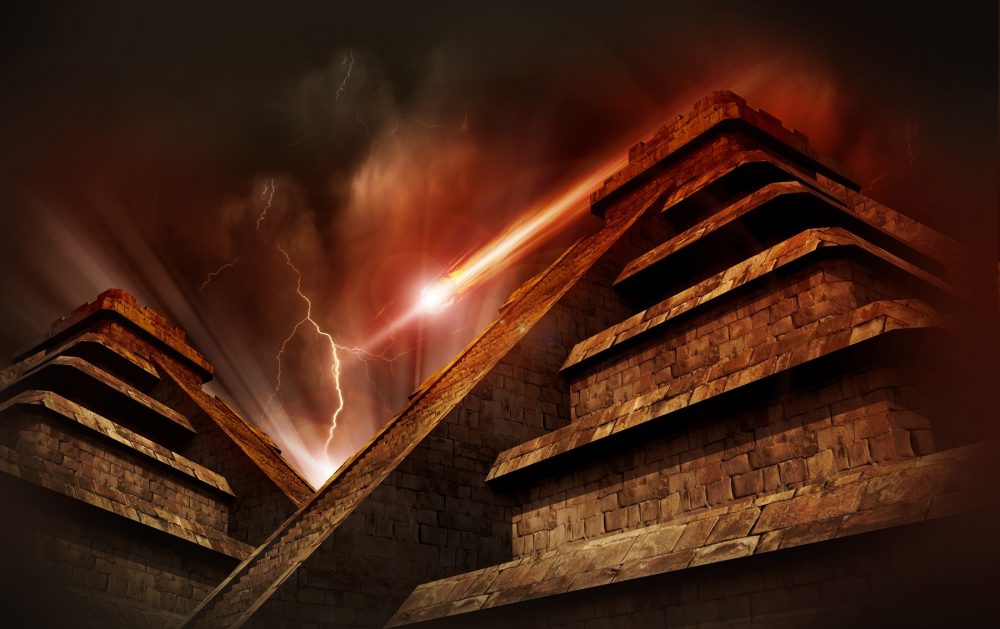 Researchers find evidence supporting the theory that a massive cosmic impact caused the destruction of one of the earliest human settlements.

A group of researchers has discovered conclusive evidence of a cosmic impact that most likely destroyed one of the earliest human settlements in history: Abu Hureyra.

The ancient settlement is believed to have existed over 12,800 years ago, marking an important step in human history as hunter-gatherers and nomads decided to settle down, creating one of the first “towns” in history.

Predating Egypt’s pyramids by thousands of years, the settlement of Abu Hureyra bears witness to the historic moment ancient nomadic people settled down in present-day Syria and started cultivating crops, forever changing their way of life.

Today, no more than a large mound is evidence of one of the oldest settlements on Earth. The mound, in turn, now lies covered in the water of Lake Assad.

Located on a plateau near the south bank of the Euphrates, around 120 kilometers (75 mi) east of Aleppo, one of the oldest cities in the world, Tell Abu Hureyra is today no more than a massive accumulation of collapsed houses, debris, and lost objects that have become accumulated over the course of the habitation of the ancient village.

Even though the ancient settlement now lies beneath the lake, archaeologists were able to carefully recover and describe what lay beneath the surface, including numerous remnants of ancient houses, food, and tools.

What they documented turned out to be conclusive evidence that allowed researchers to finally identify the transition to agriculture from a nomadic way of life, some 12,800 years ago, a timeline in Earth’s history that coincides with the last Ice Age.

As revealed by experts, the settlement and its significance are of great usefulness, as Abui Hureyra marks one of the most important events in our Earth’s cultural and environmental history.

But there is more to Abu Hureyra than meets the eye. This ancient settlement, which predates the ancient Egyptian pyramids by over 8,300 years, has another compelling story to tell.

Among the cereals and grains and the remnants of the ancient settlement, the group of scientists found melt glass, some features that point to the fact that it probably formed at extremely high temperatures, far higher than ancient humans could have achieved at that time.

“To help with perspective, such high temperatures would completely melt an automobile in less than a minute,” revealed James Bennett, a UC Santa Barbara emeritus professor of geology.

Such intensity, Bennet revealed, could only have resulted from an extremely violent, high-energy, high-velocity event, something on the order of a cosmic impact.

Before the site was flooded beneath Lake Assad’s water, the researchers collected a significant amount of data about the settlement. This information suggests that Abu Hurayra is the first ancient site that bears evidence of a fragmented comet strike’s direct effects on a human settlement.

The researchers say that the fragments which are evidenced at Abu Hureyra are very likely parts of the same massive comet that impacted Earth and exploded in the atmosphere around the end of the Pleistocene epoch, the researchers revealed.

This cosmic impact enormously changed the course of history; It is believed to have directly contributed to the existence of a great variety of large animals, most notably mammoths, and American horses, and Camels.

However, the comet strike was so large that, in addition to impacting the lives of people living in present-day Syria, the collision is likely to have caused the North American Clovis culture’s disappearance.

It also contributed to the abrupt onset of the end-glacial Younger Dryas cooling period.

The evidence is presented in a paper in the Nature journal Scientific Reports.

“Our discoveries represent much more powerful evidence for very high temperatures that could only be associated with a cosmic impact,” explained Kennett.

Kennet and his colleagues first presented evidence of such an event in the region eight years ago.

Abu Hureyra offers crucial evidence of a time long gone, and its geographical location is of great importance. The remnants of the ancient settlements lie at the easternmost sector known among experts as the Dryas Boundary (YDB) strewn field, which encompasses around 30 other sites in the Americas, Europe, and parts of the Middle East.

Sites analyzed across this location show evidence of massive burning, as well as widespread traces of a carbon-rich “black mat” layer containing millions of nanodiamonds, high concentrations of platinum, and tiny metallic spherules, which are known to have formed under extraordinarily high temperatures.

Although discredited in the past, the YDB impact hypothesis has achieved more traction in recent years, mostly due to plenty of discoveries and data, including a very young impact crater found beneath the Hiawatha Glacier of the Greenland ice sheet.

Furthermore, high-temperature melt glass and other similar evidence discovered at various archaeological sites, including Piluaco in southern Chile, contribute to this theory.

The evidence gathered from Tell Abu Hureyra directly points to the fact that the region witnessed abrupt destruction. In other words, Abu Hureyra offers researchers a unique opportunity to study the effects of such a disastrous event on an early human settlement.

The impact of the time probably occurred sufficiently close to the ancient settlement to send a massive heatwave and molten glass of the entire ancient village, the researchers have reported.

Glass fragments recovered from the tell were studied by the scientists for their geochemical composition, shape, structure, formation temperature, magnetic characteristics, and water content.

The results of the study eventually proved that scientists were right: the lass formed at very high temperatures and featured minerals that were rich in chromium, iron, nickel, titanium, and even platinum, as well as iridium-rich melted iron, all of which formed in temperatures that surpass 2,200 degrees Celsius.

Kennet revealed that “the critical materials are scarce under normal temperatures, but are commonly found during impact events.”

The researchers explain in their new study that the melted glass was formed “from the nearly instantaneous melting and vaporization of regional biomass, soils and floodplain deposits, followed by instantaneous cooling.”

Scientists further revealed that since the material discovered is consistent with fragments discovered in the YDB layers of other sites worldwide, the materials recovered from Abu Hureyra are likely the result of a fragmented comet and not impacts caused by individual comets or asteroids.

In other words, the data obtained from the oldest layers of Tell Abu Hureyra points to the evidence of a single major cosmic impact around 12,800 years ago that greatly influenced the course of history, leaving a profound mark on early human cultures around the globe.

“A single major asteroid impact would not have caused such widely scattered materials like those discovered at Abu Hureyra,” Kennett explained.

The largest cometary debris clusters are proposed to be capable of causing thousands of airbursts within a span of minutes across one entire hemisphere of Earth. The YDB hypothesis proposed this mechanism to account for the widely dispersed coeval materials across more than 14,000 kilometers of the Northern and Southern Hemispheres. Our Abu Hureyra discoveries strongly support a major impact event from such a fragmented comet,” the researchers concluded.

Interestingly, Tell Abu Hureyra is located not far from Aleppo, and one of the oldest temples ever built on Earth, Göbekli Tepe.

Göbekli Tepe’s pillars in present-day Turkey are believed to bear evidence of ancient man’s interpretations of a massive cosmic impact that occurred during the last Ice Age.