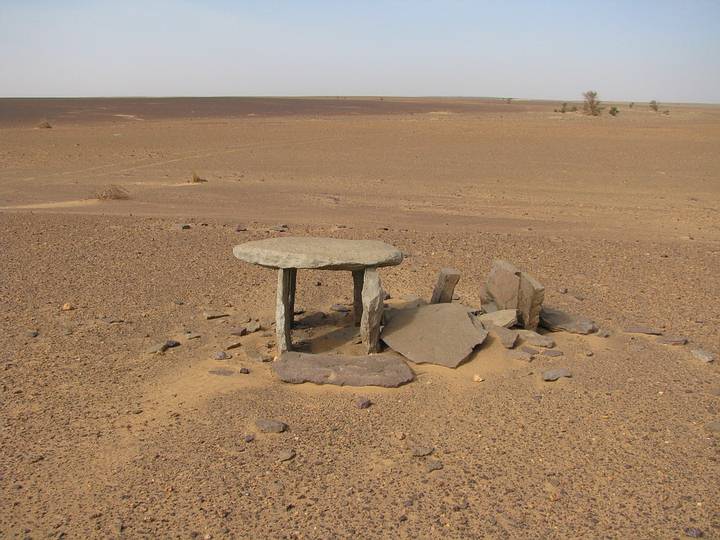 The structures vary in size and are thousands of years old.

Hundreds of stone structures believed to be thousands of years old have been identified in Western Sahara, a territory little explored by archeologists.

There are structures of all shapes and sizes, say experts.

Some were shaped like crescents, some were built as circles, and some structures are massive rectangles outlining many platforms.

For instance, one structure has a mix of straight lines, stone circles, a platform, and rock piles that altogether form a complex about 2,066 feet (630 meters) long, reports Live Science.

And although archaeologists are not sure of the exact purpose of the structures, they speculate that some might mark tombs’ location. Few excavations were carried out to verify what the stone structures are, but the little exploring that has taken place has yielded artifacts that experts were able to radiocarbon date.

Experts suggest that Western Sahara was once a more greenish place with more wildlife than it currently has.

In fact, archaeologists have documented rock art showing cattle, giraffes, and sheep, while geologists have found evidence of lakes and other water sources that no longer exist.

The few archaeological missions that explored the region have documented the importance of the region.

But exploring it has been a problem.

As explained by Live Science, as much as 75 percent of the Western Saharan territory, including most of the coastline, is controlled by Morocco. 25 percent is controlled by the so-called Sahrawi Arab Democratic Republic, a partially recognized government.

Before 1991, the two governments were in a state of war. This meant that exploring the region was not a possibility or was a dangerous one.

Nonetheless, between 2002 and 2009, archaeologists explored Western Sahara and performed small amounts of excavation in the Sahrawi Arab Democratic Republic territory.

Their discoveries have been documented in the book: “The Archaeology of Western Sahara: A Synthesis of Fieldwork, 2002 to 2009″ (Oxbow Books, 2018).”

“Due to its history of conflict, detailed archaeological and palaeoenvironmental research in Western Sahara has been minimal,” wrote Joanne Clarke, a senior lecturer at the University of East Anglia, and Nick Brooks, an independent researcher.

“The archaeological map of Western Sahara remains literally and figuratively almost blank as far as the wider international archaeological research community is concerned, particularly away from the Atlantic coast,” wrote Clarke and Brooks.

Experts added that people living in the area have known of the stone structures for a long time, and some work has been done by Spanish researchers on rock art in Western Sahara.