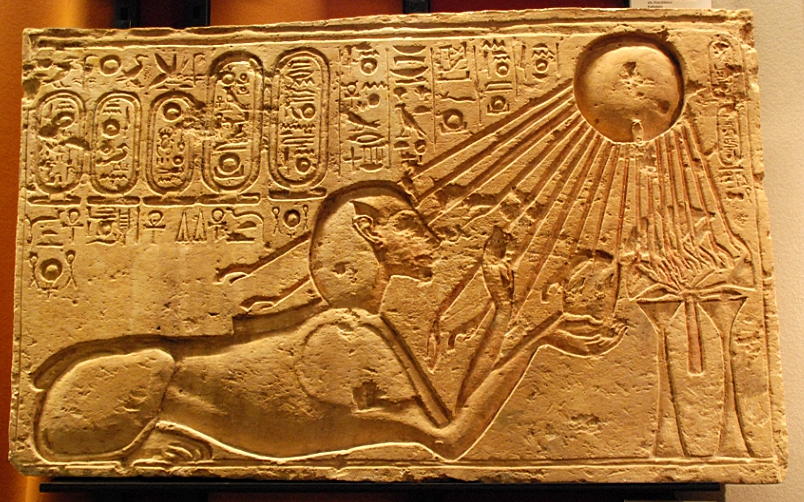 Solar deities and Sun worship can be found throughout most of recorded history in various forms.

Thousands of years ago, cultures around the globe worshipped the sun. This comes as no surprise since the sun is the brightest object in the sky, rising and setting each day since time immemorial. To ancient civilizations, the Sun and the Moon must have been objects of great interest.

The veneration of the Sun throughout history is well attested, and many ancient cultures developed solar worship; the ancient Egyptians did so, Indo-European cultures, and Mesoamerican cultures as well.

The Sun was the cosmic allfather to the ancients, the giver of life, and the bringer of light.

Ancient cultures saw our star as a special object in the sky, responsible for bringing back the light after dark.

The sun is the bringer of knowledge and giver of life, and as such, it isn’t a surprise that kings who ruled over some of the greatest empires in history claimed to have been descended of the Sun god. One such example was ancient Egyptian Pharaoh Akhenaten, the man who is directly responsible for introducing monotheism–the worship of one God–to ancient Egypt.

Legends from South America tell us that the Inca ruler Pachacuti obtained power over the land from a mirrored sun disk.

Akhenaten had its own version for the sun disk; the Aten.

Nearly all world religions in the world point to a single omnipotent deity. Traditional beliefs and mythology seem to point to the worship of a single deity in its origins. However, we can observe polytheistic traditions that seem to have evolved from the erosion of monotheism.

A solar god represents the Sun or aspects of it, such as the sun’s rays. This was the case of the Sun disk of Akhenaten the Aten.

In the mythology of many ancient civilizations, the Sun was a god who was venerated throughout history. The ancient Egyptians, the Mesopotamian, the Mexica, the Inca, the Chinese, the Japanese, the Greeks, and even the ancient Hindu all had deities connected to the Sun or represented it.

It is considered that the cult of the Sun could be the origin of henotheism and, later, of monotheism.

Solar deities and the Sun’s worship are found throughout most of our recorded history in various forms and nearly across all continents. Although many other civilizations had solar deities, in this article, I mention five of them.

For the ancient Egyptians, the sun represented growth, heat, power, and light. This alone made the solar deities important. In Egypt, the Sun’s cult prevailed for centuries, and its power was associated with many gods, including Horus, Ra, Wadjet, Sekhmet, Hathor, Nut, Isis, and Bat.

From the fifth dynasty, the local gods merge with Ra to create syncretic divinities: Atum-Ra, Min-Ra, or Amun-Ra. During the 18th dynasty, Pharaoh Akhenaten temporarily changed the polytheism practiced in Egypt, proclaiming a monotheism around Aten, represented by the solar disk, possibly to counteract the great influence of the clergy of Amun.

The Veneration of the Sun deity in Mesopotamia

The Sumerian sun god Utu (in Akkadian Šamaš), who was at the same time the god of justice, played an important role in the Mesopotamian area during the Bronze Age. He was the bringer of warmth and light to the land, and without him, plants and crops could not grow.

As the sun fills the entire sky with light, Šamaš oversaw everything that occurred during the daytime.

He was part of an astral triad with the lunar god Nanna (in Akkadian, Sin) and the goddess of love and war Inanna, whose symbol was the morning star.

The worship of the Sun in ancient Greece

According to the Greeks, the god of the sun was Helios, who was conceived as a beautiful deity who wore a gold crown of great and powerful shine. He drove a chariot through the sky every day to the ocean, the perfect river that encircled the earth, Gaea. Helios was the guardian of oaths and the god of sight.

Homer points to Helios’ chariot as being drawn by bulls made of fire, although Pindar described them as “fire-throwing horses.”

Hesiod also tells us that Eos was a Greek solar goddess associated with the aurora and the daughter of the titan Hyperion and Tea.

Sun worship and the ancient Inca

One of my favorite ancient civilizations is the Inca, and just like many other before them, they too developed powerful worship of the Sun god.

The Inca culture, which settled in what is now Peru, Ecuador, Bolivia, part of Chile, and Argentina, had a Sun god called Inti, and it was one of their most important deities.

The Inca or emperor was considered the son of Inti. It is said in the legend of Manco Inca and Mama Ocllo that they were sent by their father the Sun, born on the island of the sun, within the sacred Lake Titicaca.

With the Spanish colonization and the imposed Catholic religion, the subjects of the Inca empire were forced to stop worshiping it. Inti’s wife, Quilla, was the Moon, goddess of women and female chores. In honor of the sun god, the Inti Raymi is celebrated every June 24 and the Cápac Raymi in December.

Ancient Aztec veneration of the Sun

According to the ancient Mexica–Aztecs–the Sun was considered a very important deity, and due to their beliefs, human sacrifices were used to deliver their “divine breath” to Tonatiuh–the god of the Sun–and keep it alive.

Interestingly, The Mexica people saw Tonatiuh as the leader of heaven, a deity from the beyond. Tonatiuh was also known as the Fifth Sun because the Mexica believed that it assumed control when the Fourth Sun was expelled from the sky, and according to ancient Aztec Cosmogony, each Sun was a god with its own cosmic era.

All references and sources have been embedded in the article itself.