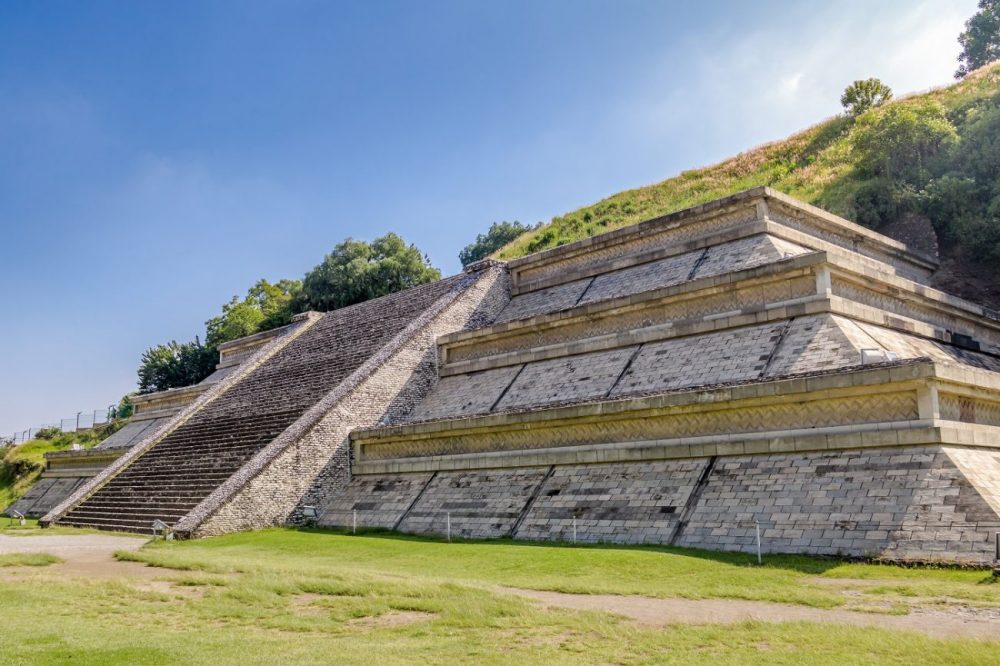 There's a gigantic pyramid hidden inside a mountain in Mexico, and it's the largest pyramid in the world, even bigger than the Great Pyramid of Giza.

The site is home to the largest archaeological site of a pyramid (temple) in the New World and the world’s largest pyramid.

Its size is equivalent to nine Olympic swimming pools.

This article has gathered some important facts that you should know about this wonder of ancient engineering.

The Largest Pyramid on Earth

Despite being larger in volume, the Pyramid of Cholula is much shorter than the Great Pyramid of Giza.

Today, the pyramid remains buried beneath the soil. In fact, when the Spanish conquistadores came to Cholula, they completely missed the structure as the Natives made sure to hide their precious monuments from the Spanish armies.

The pyramid is truly massive. The base measures a total of 160,000 square meters, which means the Pyramid of Cholula has three times the area of the 53,056.5 square meter base area of Pharaoh Khufu’s Great Pyramid of Giza.

It was an important religious center in ancient times. Scholars believe that the pyramid was considered sacred to a rain goddess called Chiconauhquiauhitl (Goddess of the Nine Rains).

Legend has it that Giant’s built it

According to Aztec legend, it is believed that the Great Pyramid of Cholula was erected by Xelhua, one of the seven Giants in Aztec Mythology. Xelhua is thought to have ‘escaped the Great Flood’ after he ascended the mountain of Tlaloc in the terrestrial paradise. This was after he supposedly built the pyramid.

So far, experts have only managed to study three of the structures in detail.

Historians argue that the pyramid’s construction began during the Preclassic Period. The structure was built over six times until it reached its current dimensions, measuring 450 meters on each side.

The pyramid of Cholula is part of a massive archaeological zone that is estimated to cover around 154 hectares (0.59 sq mi).

The site where the pyramid was built was once referred to as Acholollan, which means place of flight in Nahuatl.

The Pyramid remained shrouded in mystery until Adolph Bandelier. Then, a Swiss-born American archaeologist began studying the structure in 1881.

The first findings were published three years later, in 1884.

Many of the items that were excavated from the pyramid’s surroundings ended up in the United States.

Eventually, the pyramid was partially excavated in two phases.

The pyramid was explored in 1931 by Mexican archeologist Ignacio Marquina, although most of the work, leading the excavations and so on, were done by the site guardian Marino Gómez.

Excavations ultimately resulted in up to eight kilometers of tunnels.

Inside, the archeologists recovered altars filled with offerings, walls, and human remains that date back to around 900 AD. Out of the total eight kilometers of tunnels, only about 800 meters are open to the public.

During several years of excavations, archeologists have recovered as many as 400 human burials near the pyramid. Most of these burials date back to the Postclassic Period and are evidence of the Great Pyramid’s importance to the natives of the region.