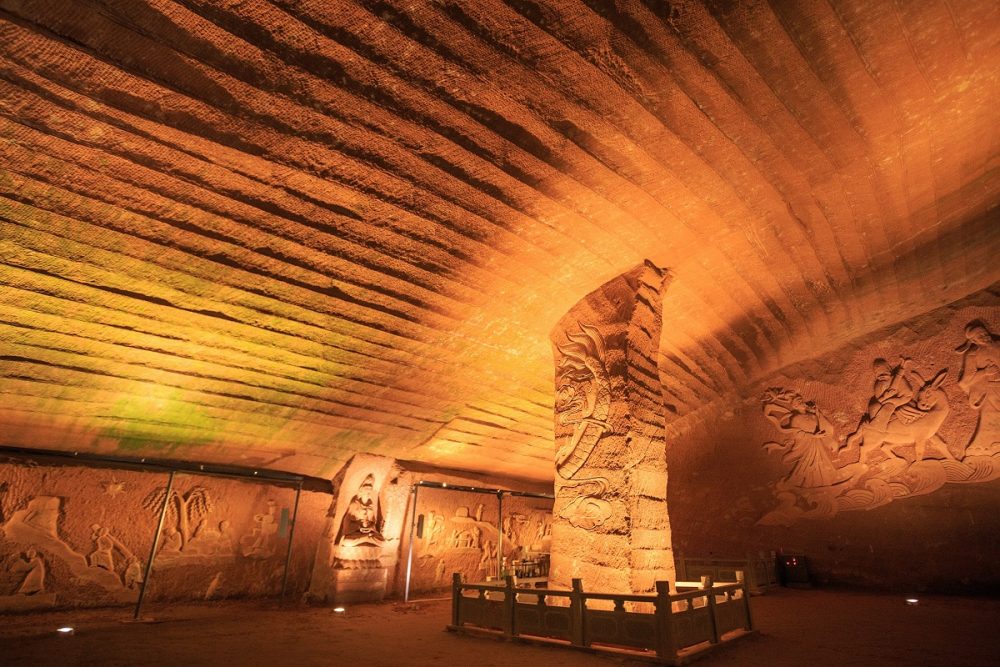 One of the most mysterious cave systems anywhere in the world is without a doubt the Longyou Caves.

These are a series of large artificial sandstone caverns located near the village of Shiyan Beicun in China.

They are as mysterious as they are imposingly beautiful.

Though to have been created more than 2,200 years ago, scholars argue they can be traced back to the Qin Dynasty around 221 BCE.

Yet strangely, there is no trace or evidence of their construction anywhere. In fact, historical records show absolutely nothing related to these mysterious, yet stunning cavers.

They were first ‘discovered’ in 1992 by a local villager and so far, 36 grottoes have been uncovered to date.

The caves are extraordinarily beautiful and have become a popular tourist attraction.

And that’s thanks to a number of reasons.

The caves are man-made and each of the grottoes descends around 30 meters into the ground, where we find subterranean stone rooms, bridges, gutters, and pools. They have survived more than 2,000 years, and no one knows how and why they were built.

The grottoes are home to evenly distributed pillars that support the ceiling. The walls, the ceiling as well as stone columns are intricately decorated.

But not only are the Longyou Caves an extraordinary example of ancient engineering because of the number of man-made grottoes, but it is also estimated that early 1,000,000 cubic meters of rock were removed in the overall excavation for the caves.

Furthermore, despite the fact that nearly a million cubic meters of stone were removed, there is no trace of where the excavated material ended up.

No tools or records of the construction found

Furthermore, taking into consideration an average digging rate of one person, it is believed the entire completion of the caves would have taken 1000 builders working 24-hours-a-day for six years to complete.

The above is only a calculation on how much it would have taken to excavate the material.

We’d still have to take into consideration the time that was spent carving the interior of the caves, and intricately decorating them.

The tools that were used in the building of this massive subterranean monument remains a profound enigma.

What kind of technology allowed the builders to complete such a massive project, more than 2,000 years ago?

Interestingly, no tools or evidence of the construction of the caves has ever been found. Despite this, the interior of the caves is filled with intricate patterns.

Each of the grottoes is covered, from top to bottom in strange parallel lines that seem to have been chiseled onto the surface.

The exact purpose of these lines remains a mystery.

Historical records show absolutely no traces of the caves and their construction. This is strange because of the massive scale of the project, and the beauty of the caves themselves.

Surely someone would have found the caves worthy of mention in ancient times?

Surviving the test of time

Another mystery is how the grottoes remained so well-preserved through millennia.

For more than 2,000 years, the caves have maintained their structural integrity proving that whoever built them made sure they would survive for thousands of years.

The grottoes have survived through floods, earthquakes, and wars.

The area where they are located has greatly changed in 2,000 years. Despite this, the caves remain impeccably well-preserved.

The construction of the caves involved sophisticated techniques. The precision present in the caves is clearly indicative of superior craftsmanship.

Each of the caves is near identical in design. The chiseling marks are present in all of them.

Studies performed inside the cave have shown that the overall construction of the caves is incredibly accurate, indicative of sophisticated planning prior to construction.

This further means that the builders of the grottoes were unlikely local tribesmen.

Scholars believe the construction of the caves was most likely organized by someone directly related to the emperor.

However, if that is true, then the existence of the caves is an even greater mystery, as there are not historical records anywhere, mentioning the construction of the grottoes.

No one would have undertaken such a mammoth construction project without making sure it would be well documented.

Despite decades of study, the true purpose of the caves remains hidden perhaps in the very walls of the caves that have guarded an incredible secret for more than 2,000 years.

The caves are standing proof that more than two thousand years ago, and without the use of modern technology, our ancestors created mind-bending projects, worthy of every praise. 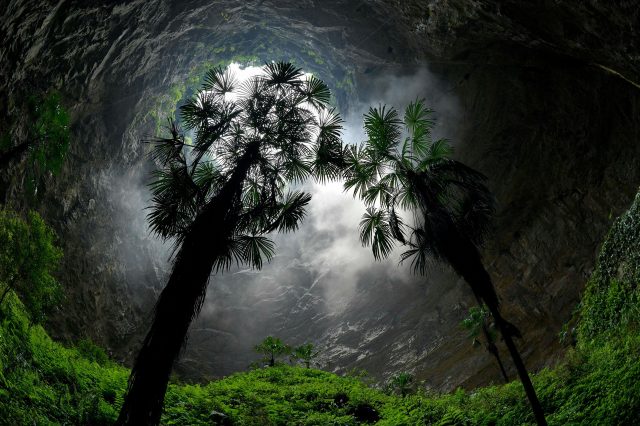