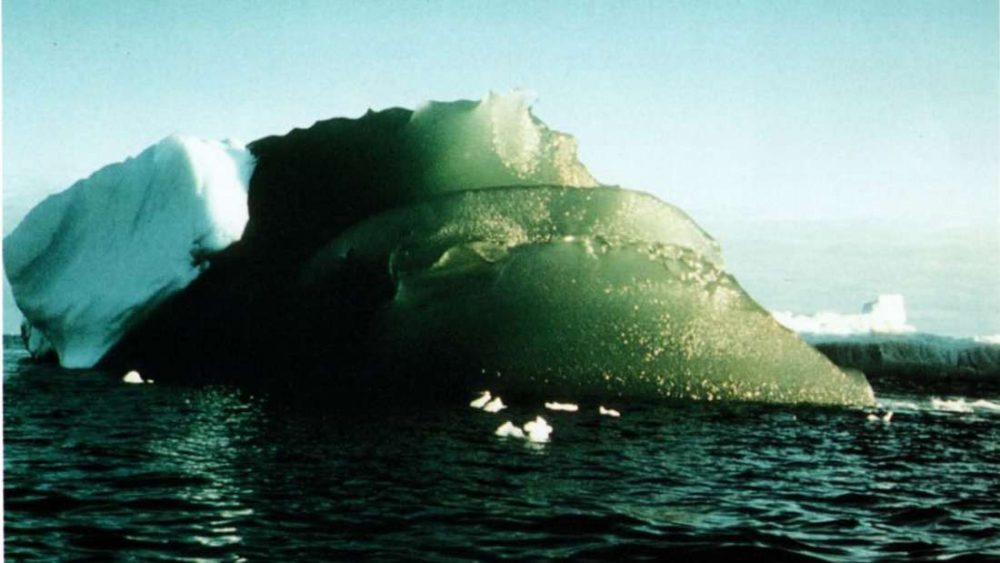 Antarctica is home to rare, green Icebergs, and scientists have been struggling to explain their existence for decades.

There’s a curious phenomenon in Antarctica that only a few have probably heard of; Emerald Icebergs.

Decades of research went on until scientists at the University of Washington (USA) managed to shed light on the mystery of the green icebergs detected in some parts of Antarctica.

What can cause an iceberg to go green? Was it Hulk? Was it Aliens? Was it Climate change?

It’s a decade long dilemma which scientists have not been able to figure out, that is until now.

Scientists have recently proposed a new theory as to why ‘Emerald Icebergs’ occur. If confirmed, the mystery behind them could be finally solved.

According to a new study published in the Journal of Geophysical Research: Ocean, experts discovered that marine ice has variations in color that can be caused due to the presence of an “abundance of foreign constituents in the seawater,” specifically iron-oxide materials.

Researchers came to this conclusion after detecting “large concentrations of iron” in the Amery Ice Shelf in Antarctica.

“Previously, dissolved organic carbon (DOC) had been proposed to be responsible for the green color,” authors Stephen Warren, Collin Roesler, Richard Brandt, and Mark Curran explained in the paper.

“Subsequent measurements of low DOC values in green icebergs, together with the recent finding of large concentrations of iron in marine ice from the Amery Ice Shelf, suggest that the color of green icebergs is caused more by iron‐oxide minerals than by DOC.”

Speaking about the recently proposed theory with Mashable, Ted Scambos, a senior research scientist at the National Snow and Ice Data Center who did not contribute to the research, concluded that the new explanation makes perfect sense.

“When you put it in a red-absorbing material, you’re going to get green light coming back out,” he told the publication.

To back up the theory, Warren wants to collect more samples.

“Iron is a key nutrient for phytoplankton, microscopic plants that form the base of the marine food web. But iron is scarce in many areas of the ocean,” the researchers told Science News.

“If experiments prove our theory right, it would mean green icebergs are ferrying precious iron from Antarctica’s mainland to the open sea when they break off, providing this key nutrient to the organisms that support nearly all marine life.”

“We now propose to sample icebergs of different colors for their iron content and light-reflecting properties. If our theory proves correct, green icebergs could be more important than scientists thought,” the team added.