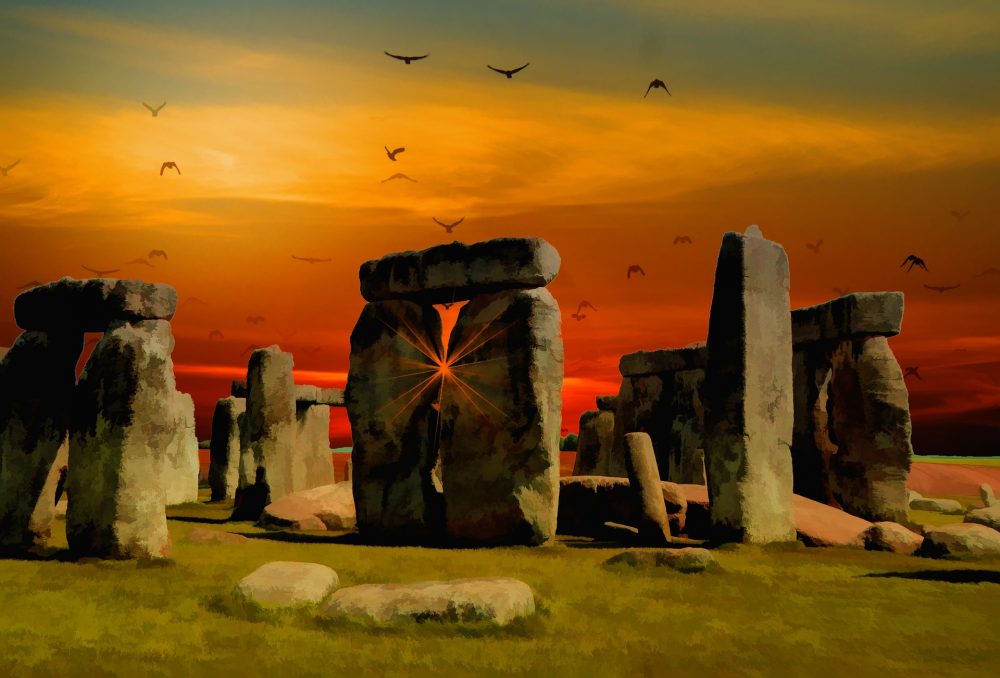 A group of researchers has recently found that the megalithic site in present-day England was able to amplify sound waves and contain them within the stone circle.

According to new research, the megaliths’ original configuration amplified the sonance generated inside the stone circle and contained it as a sound insulation wall.

This is according to scientists from the University of Salford, who have demonstrated this unique feature of Stonehenge after created a scale model (1:12) of the ancient site to simulate the displacement of sound.

As fascinating as it may sound, their study results imply that the design of the rock structure was able to amplify the voices and improve the resonance of the music within the monument.

The designed replica, called Stonehenge Lego, recreated the 157 stones that were part of the site approximately 4,200 years ago, with speakers and microphones at various internal and external points.

Surprisingly, and considering that Stonehenge had no roof—at least not that we know of—and there are many spaces between the stones, the acoustics is more like a closed room, like a movie theater, rather than an outdoor space, explained Trevor Cox, lead author of the study.

Interestingly, the researchers have found that due to the intricate arrangement of the stones, any sound that was produced within the stone circles was not projected beyond the surrounding field of the monument and, even it is considered that even people who were near the circle of megaliths could not perceive it clearly. Also, the sounds did not echo off the model, which is another interesting feature.

The model constructed by researchers has a more accurate representation of prehistoric geometry […] The way Stonehenge was used was highly disputed, but these results show that sounds were improved inside the circle compared to outside, the researchers revealed.

Interestingly, this is not the first time acoustic effects have been recorded in the British marvel. For example, the monument has been shown to generate a hum in high winds in the past. In 2017, researchers from London’s Royal College of Art found that the igneous blue stones produced a loud metallic sound when struck, something that perhaps the builders of Stonehenge associated with mystical or healing powers.

This could explain why some of these stones were transported across long distances, probably extracted from a Welsh quarry near the town of Maenclochog (translated precisely “resonant rock“), where this type of bluestone was used as a church bell until the 18th century.

Stonehenge is a cromlech-type megalithic monument, built between the end of the Neolithic and the beginning of the Bronze Age, located near Amesbury, in Wiltshire, England, eight miles north of Salisbury.

Although records of its construction have not been found, archeologists believe that the most likely dates of its different construction stages range between 3000 BC to 2000 BC. The first bluestones are thought to have been raised somewhere between 2400 and 2200 BC, although they may have already been transported to the site from distant quarries as early as 3,000 BC.

What captures my imagination the most, after seeing the new study published in the Journal MDPI, is my original theory that the builders of Stonehenge, or better said their ancestors, originated from present-day Turkey. In what we call the region of Anatolia, there are the remnants of the greatest megalithic site in the history of humankind; Göbekli Tepe.

It has already been proven—see this study—how people from Anatolia ventured out into what we call Europe today, more than 8,000 years ago. As these people traveled across Europe, they left their megalithic building technique behind each place they settled. As I’ve revealed in previous articles, ancient farmers traveled through different routes across Europe after migrating from Anatolia. Some are thought to have followed the River Danube and made their way towards different parts of Europe. Others traveled in large groups making their way westward across Europe.

While some of these people would end up in present-day countries such as Spain, or Portugal, others made their way to England. Through their journey, they seeded the necessary knowledge to construct many of the megalithic monuments we see today, Stonehenge being one of them.