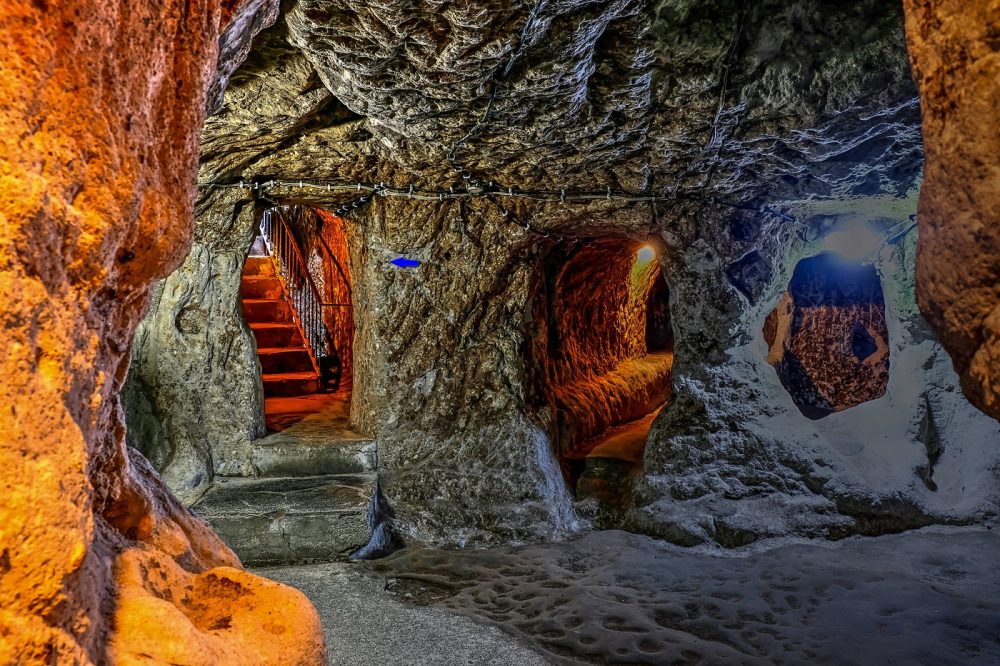 As many as 200 underground cities exist in the Cappadocia region of Turkey. Experts argue there could be twice as many that have still not been found.

Almost all underground cities in Anatolia are unique to antique Cappadocia, a region that includes the provinces of Nevsehir, Aksaray, and Kayseri.

Some of them may have even been built before history was recorded.

Their exact purpose remains debatable; however, experts agree that most of these subterranean cities were intended to serve as defensive settlements.

People would dig into the soft rock and create cavities, tunnels, and then entire living quarters.

Of the 200 underground cities that have been found in Anatolia until now, some 90 % of them are located in Cappadocia.

Not much is known about the subterranean settlements, and academic articles detailing the cities are limited to only but a few scientific works.

In previous articles, we touched base on three ancient subterranean cities in the Cappadocia region; Derinkuyu, Kaymakli, and Özkonak.

In this article, we focus on the hundreds of other cities that have been discovered in the Kayseri region, the antique capital of Cappadocia.

While we can’t name all of the cities, we focus on a few of the cities that have been analyzed and studied by experts, specifically in this study, by researchers from the OBRUK Cave Research Group,  ITU, Istanbul Technical University, and EURASIA Earth Sciences Institute.

Many of them continue to be shrouded in mystery, but here are a few that experts have managed to study:

The Ancient Catalin Underground city is found in the Gesi province, at the western wall of Degirmenderesi Valley. The subterranean settlement was built as three floors in a narrow area. The Catalin underground city has 621 m2, with 18 rooms built into the rock. Experts argue that just like other subterranean cities, this settlement, too, was built to protect people from possible raids.

The Underground city of Ali Said Pasha can be accessed through the basement of a 19th-century house. Experts have debated whether or not this site can be treated as an underground city, mostly because of its small size. The city features two smaller ‘residential areas,’ and its tunnel has a total length of 916 meters.

The Penzikli Underground City is located near the Catalin underground city. It was built with a narrow entrance, which opens up to a larger space. Experts have found as many as 22 rooms inside it, which were built facing two separate, larger chambers.

The Doganli Underground city is one of the more peculiar ones. Its name (40 steps) originates from the stairs that were carved in the rocks at the main entrance of the city. The subterranean city has a large chamber that is reached shortly after entering the city. This room is supported by 15 fascinating pillars. The total area of the chamber is 510 m2, which means it is larger than all known underground chambers of Turkey. The chamber is flanked by two tunnels. The southern chamber of the underground city features a small church.

The Underground City of Guzeloz is built in the vicinity of the old settlement of Guzeloz. There are two tunnels leading into the city. One of the tunnels is protected by a large spherical stone, similar to the ones found in other underground cities. Experts have found seven rooms in the upper story of the city, five of which were most likely used as storage rooms. 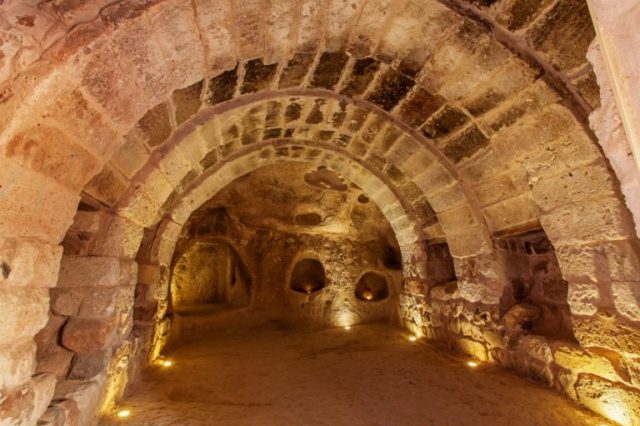 10 Things You Should Know About The Underground City of Derinkuyu