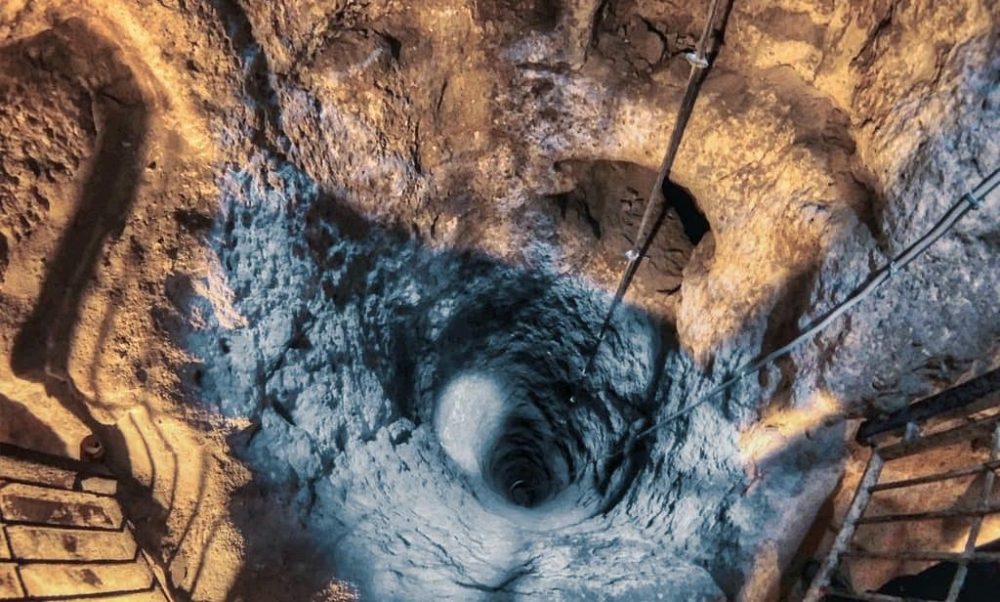 The underground city of 'Derinkuyu' is one of the largest and most impressive subterranean cities ever built in ancient times.

One of the largest and most impressive underground cities ever discovered on Earth is located in present-day Turkey.

Hidden beneath the ground, the ancient multi-leveled city beneath the surface is located in the Derinkuyu district in Nevşehir Province, Turkey.

It is a true masterpiece of ancient engineering, and we still have not managed to fully explore all of its secrets.

We know its big. We know its intricately complex. We know it is old. And we know that its a unique engineering marvel of immense complexity.

But their are many things people have completely no idea about when talking about this ancient underground city.

Did you know that Derinkuyu is one of the largest underground cities ever built? According to archeologists, in ancient times, the city could accommodate as many as 20,000 people.

But the ancient city was not just a mere hiding place for people.

In fact, it has been found that in addition to accommodating 20,000 people, the underground city was built with stables, cellars, storage rooms, refectories, and chapels.

In other words, Derinkuyu was a massive, fully functional underground city, built thousands of years ago.

Derinkuyu is impressive not only because of its size and its functionality but also because of its depth. So far, archeologists have identified as many as eighteen levels within the city.

Only eight of those are currently accessible. Derinkuyu is believed to be around 80 meters deep.

Not many people are aware of the fact that the city of Derinkuyu, although well hidden from the surface, has as many as 600 outside doors leading into the city.

although scholars believe the subterranean city was not a place where people would live for long periods of time, the city had everything it needed to support a large population living indie it for prolonged periods.

The 55-meter long ventilation shaft of the subterranean city is thought to have acted as a shaft that provided important water not only for the people in th villages above but also water for people that remained hidden beneath the surface.

What is interesting is that this ancient city could be titled locked down. The builders of the subterranean city made sure that the city could be locked from the inside.

To do so, they included massive stone doors that could only be moved from the inside. Each of the floors of Derinkuyu could be closed off separately. The doors were entirely rollable only having a small hole drilled into the middle.

The exact purpose of the whole remains a mystery, although archeologists argue the holes were drilled into the doors in order to allow soldiers to shoot arrows through them.

No one knows how old it is

The exact age of the city remains a profound enigma that has bothered experts ever since its discovery back in the 1960s.

No one knows who built the city but it is believed that it was most likely carved by the Hittites who dominated Anatolia from about 1600 BC to about 1200 BC. The city is therefore thought to have been built/carved some 3,200 years ago.

The city was built with a number of wells linking the underground settlement to the outside.

But interestingly, the builders decided not to connect all of the city’s wells together. And not all of them had an entrance on the outside.

This was clever, as it protected the inhabitants from possible attacks of the surface, preventing the attackers to poison the entire city’s water system from the outside.

The ancient city of Derinkuyu, not being the only city below the surface in the region was connected with other underground cities in the region, Archeologists argue that Derinkuyu specifically connects to the underground city of Kaymakli through an eight-kilometer-long tunnel.