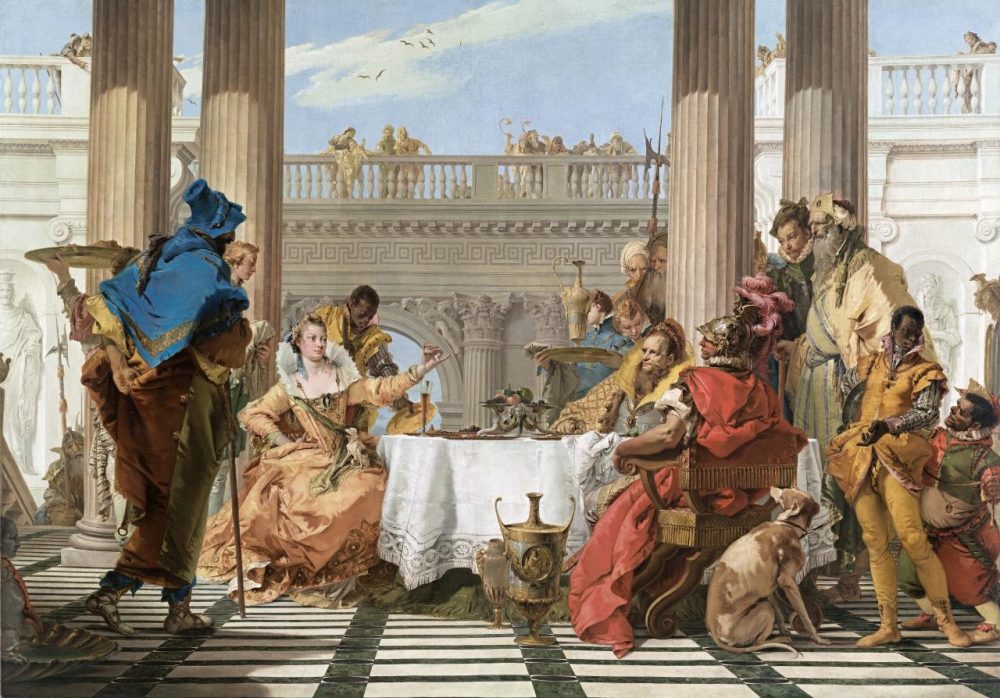 Cleopatra is perhaps the most famous woman in history or at least from ancient history. This fame is accompanied by countless misconceptions and myths that oppose written history.

An untouchable beauty, a devoted lover, she fell victim to the enviers and villains of the strong men she loved. Such is the “canonical” image of the Egyptian queen Cleopatra, which is imposed in the minds of many generations.

Even today, young women dream of her “career”, but without her tragic outcome. And not infrequently, when it comes to her, you can hear “Here is a woman – beautiful, smart, determined.” However … this image is imposed on us more by the film industry and has almost nothing to do with the real historical facts.

The legend of the incredibly beautiful and sensual queen, worshiped by the strongest men in the world, began to emerge after her death. During the different epochs, the myths about Cleopatra changed, in accordance with the dictates of time.

In the minds of the masses, Cleopatra is either simply the mistress of Egypt, with “a number of hits on the love front”, or a model of “smart beauty directing the right hand of the strong man next to her”, and sometimes a sensible careerist who manages to cash in on your natural beauty.

Myth #1: Cleopatra was an Egyptian

Cleopatra belonged to the Ptolemaic dynasty, which some call “Greek”, others – “Macedonian”. The dynasty was founded by General Ptolemy, son of Lag, who was close to Alexander the Great. The legend even attributes to him a kinship with Alexander.

Whether this is the case or not, the important thing is that after the conquest of Egypt, Alexander appointed Ptolemy as a satrap (governor) of the country. Ptolemy marked the beginning of a dynasty whose representatives for the next few generations tried at all costs to maintain the “purity of the bloodline.” Put simply, they married only in the family, with the brother marrying one of his many sisters.

According to one theory, Cleopatra’s mother was a concubine, but it is not difficult to determine by nationality that she, as belonging to the Ptolemaic family, was Macedonian, or more precisely, Greek. She was honored that, unlike all the Ptolemies who ruled Egypt before her, she was the only one to learn and learn the language of the conquered Egyptian people.

Formally, it may be true, but … she exercised real full power only at times. And it is very difficult to say that she ever ruled an independent state. First, let’s not forget that this was the ancient world in which the role of women (at least officially) had always been secondary.

Cleopatra never stood alone as the head of Egypt. After the death of her father, she inherited and shared power with her younger brother Ptolemy XIII.

Officially, they were married, although the “man” in the family was only 9 years old, while his wife, Cleopatra, was 17 years old. Her attempt to seize power alone failed. Hiding behind the “pharaoh’s wishes”, the courtiers who cared for him, in fact, expelled her from the capital Alexandria and ruled on behalf of the young pharaoh.

Her return to the throne was thanks to her lover – Gaius Julius Caesar. Rich, but no longer independent, Egypt was turned into a “close client” of the superpower of the world – Rome.

As was customary at the time, Caesar arrived in Egypt with a large retinue of “friends” – smiling but well-armed legions. The ousted queen’s brother and husband were overthrown, and she was placed on the throne of the lands along the Nile, not forgetting to marry her next brother, Ptolemy XIV.

Myth #3: She was extremely beautiful

The most ingrained myth and at the same time the most controversial. Ever since the Renaissance, paintings dedicated to the queen have presented her with the standards of beauty imposed during the era. If you wish, you can follow how these standards have changed.

Today’s perception of the image of the Egyptian Greek woman, however, is imposed mostly by cinema. The role of Cleopatra in the films was entrusted to undoubted beauties such as Elizabeth Taylor and Vivian Leigh, in order to reach the final “powdering” of the image of Cleopatra, played by the magnificent Monica Bellucci.

Unfortunately, we cannot say with absolute accuracy what Cleopatra looked like. We have to be guided only by what the ancient sculptors sealed in the stone, as well as trust the descriptions of the Egyptian queen left to us by historians.

The busts, identified as representing Cleopatra, show a woman with a large, slightly beaked nose, a low forehead, and a thick lower lip. It would be more objective to trust the words with which her contemporaries describe her because they really judged her according to the then standards of “female beauty”.

This myth about Cleopatra is absolutely unexplainable to me as it sounds impossible knowing her history. All you need to do is read a few lines about her life and you will know it to be untrue. And yet, people believe it.

Connecting with Caesar, Cleopatra was “pushed” into war with her legal husband and brother Ptolemy. While fighting against the Romans, Ptolemy XIII drowned. And the new queen of Egypt found herself “invited” to Rome, where she enjoyed life with the first man in Rome – Caesar. While living in the splendor of the Great City, she managed to irritate the opponents (and sometimes close ones) of his lover.

The glass overflowed and the group of conspirators decided on the murder, which deprived Rome of the great Caesar. Cleopatra returned to Egypt, and shortly afterward, her formal husband and second brother Ptolemy XIV died suspiciously. He is believed to have been poisoned, and the most profitable since his death turned out to be (of course) Cleopatra.

Myth #5: Cleopatra died because she can’t live without her lover

In Egypt, Mark Antony and Cleopatra lost all hope of victory. All they had to do is wait for the invasion of Octavian. In the summer of 30 BC, Octavian’s legions entered Alexandria.

Meanwhile, in anticipation of the tragic end, Anthony and Cleopatra indulged in a feast, not forgetting to swear that they will die together. When the Roman troops entered the capital of Egypt, Mark Antony fell on his sword and thus fulfilled his part of the oath.

But Cleopatra allowed herself to be captured, and according to most historians, she hoped to attempt to regain her title. She tried to seduce Octavian, the heir to her first famous lover and an enemy of her second famous lover. However, this “battle” was lost from the very beginning.

On the one hand, Cleopatra was already 39 years old and had given birth to 4 children. On the other hand, it was not the simple warrior Anthony who was in opposition, but the cunning, calculating, and tough future emperor Octavian.

Cleopatra’s story ended when it became very clear to her why Octavian left her alive. She was assigned the role that befell all the defeated rulers who dared to oppose the power of Rome – public death. Octavian planned her murder to be the focal point of his triumph in Rome.

The queen, however, took her life with the help of poison. On August 12, 30 BC, she somehow managed to deceive her assigned guards and secluded herself in a place where, with the help of two of her faithful servants, she either swallowed the poison hidden in her garment or allowed herself to be bitten by a venomous snake.

Whatever it was, this concluded the story of Cleopatra, the last ruler of the Ptolemaic dynasty. This also marked the end of independent Egypt.