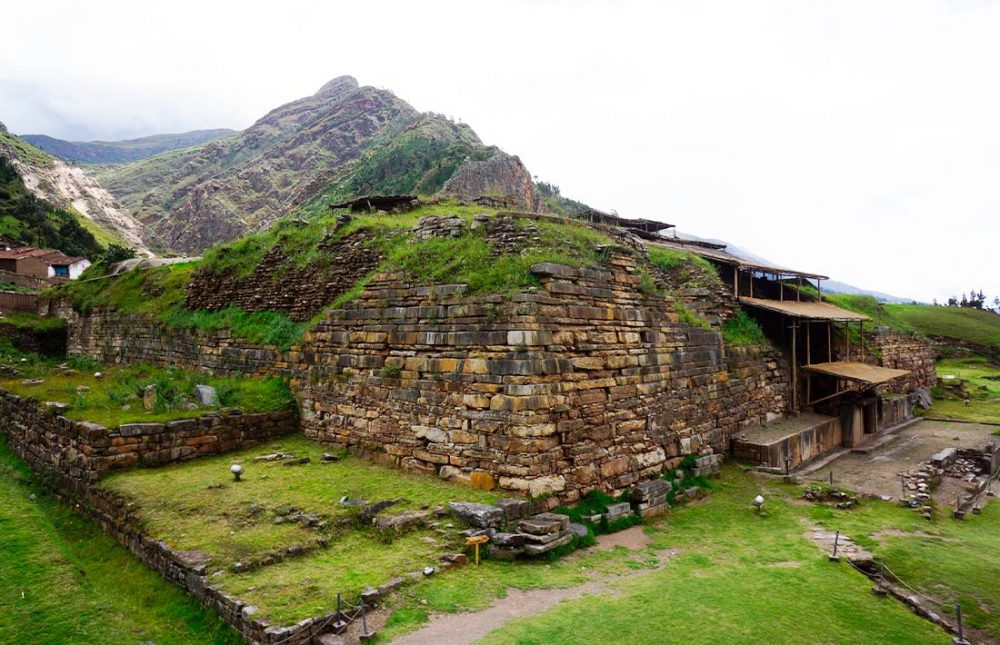 Once the capital of the mysterious Chavin culture, Chavin de Huantar is one of the lesser known wonders of Ancient Peru.

Chavin was an ancient native culture from the northern mountainous part of present-day Peru, which existed in the period 1200-300 BC. It was named after the archaeological site of Chavin de Huantar, which is nowadays considered as their ancient capital. Apart from Chavin de Huantar, this civilization was present in a fairly large area and had several other cult centers, such as Sechin.

But the bearers of this culture were not united in a single community of the kind of empires that later emerged in these lands and in Mesoamerica. The heyday of this culture was around 800 BC when Chavin de Huantar must have been the most important cultural center in the region.

From about 300 BC, Chavin went into a decline which subsequently led to the ultimate disappearance of this culture. Currently, the ruins of Chavin de Huantar and other centers of Chavin culture are within the boundaries of Peru’s Huascaran National Park.

Chavin de Huantar has no fortifications or military facilities and was apparently a sacred “zone” guarded by the deities themselves. Its cult facilities show the existence of special places of transition between this world and the world of deities. The special importance of Chavin as a sacred land is confirmed by the fact that it was not destroyed by the destructive earthquakes occurring in these areas that have brought the demise of both entire cities and civilizations.

The main cult facility is the temple complex. The older part of the complex consists of the main temple probably built around 800 BC. The significant fact here is that it is U-shaped and faces east. In ancient Mesoamerican religions, this horseshoe shape symbolizes the transition between the “two worlds” – the here and the hereafter.

In front of the stepped temple in Chavin de Huantar, which is 13 meters high, is a round platform, which was supposed to be the original place of purification rituals. A stele named after its discoverer – Raimondi, was found on this site – the images on it are interpreted as representing magical transformations of man into a cougar and vice versa. The Raimondi Stele bears the symbolism of the world tree, which means that it is a typical axial (axis Mundi) symbol.

The central part of the ground level of the complex has been named “el Castillo” or the Castle but in its entirety, it should have been the main temple of Chavin de Huantar.

An obelisk with a complex composition was found here. At its center is a deity with an alligator-like head and a fishtail. It is surrounded by numerous images of various living beings, usually found in the jungle, and probably the whole composition illustrates a genealogical or creationist myth.

On the walls of the temple, there are various images of anthropomorphic and theriomorphic deities with features of predators such as cats and birds.

The underground labyrinths and halls have perfect acoustics. This amplifies the effect of the sound of falling groundwater – this sound is believed to have accompanied the sacrificial and initiation rituals in the bowels of the temple.

One of the halls was dedicated to sacrifices. The other hall is at the center of a cruciform intersection of the underground labyrinths, and in it, archaeologists discovered a second stele with an image of a deity. They called it “The Deity on the Sharp Spears,” or simply “El Lanzon.”

Through the small openings in the roof of the hall, the deity is illuminated by sunlight during the spring and autumn equinoxes. This hall is still perceived today as magical.

Numerous clay figures, probably with ritual significance, were found in the underground rooms, as well as plates with various images, including of priests with cacti used in the rituals. The worship of deities with the features of a jaguar, an animal not found in these areas, gives grounds for hypotheses about a possible connection with the religion of the Mesoamerican Olmecs. For example, about a possible common origin of these religions.