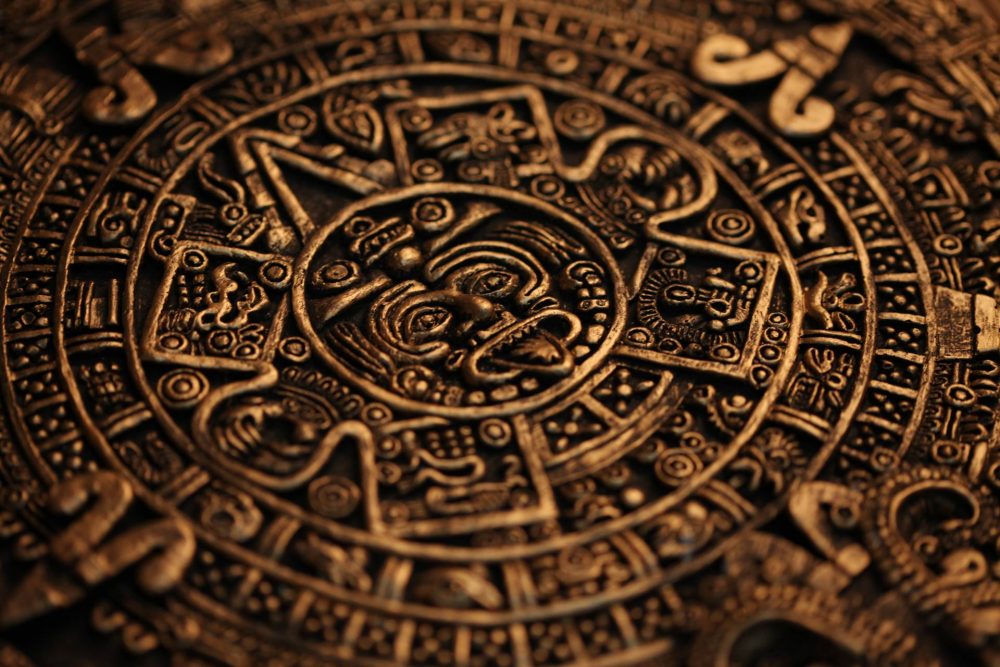 The Mesoamerican region has extraordinary history. From the Mayans, to the Olmecs, to the Aztecs - this is a region of countless ancient archaeological wonders and some of the most extraordinary cities in human history.

The ancient Mesoamerican civilizations had some of the most unique cultures in history and built many magnificent cities known to men. We are incredibly fortunate to see the remains of these ancient civilizations and have the ability to visit them whenever we want.

We look at Teotihuacan – an archaeological site located about 50 km northeast of the capital Mexico. It is located 2285 meters above sea level on the Mexican plateau.

Translated, the name Teotihuacan means “birthplace of the gods” and reflects the myths of the world’s creation, which, according to the Nahua Indians, took place here.

Almost 1000 years before the Aztecs, Teotihuacan was a populous, cultural, economic, and cult-religious center. The early history of this city is full of mysteries, and its origins and founders are unknown to history. It is believed to have been founded around the 1st century BC. from unknown Indian tribes.

For unknown reasons, Teotihuacan was abandoned in the ninth century and became uninhabited. Three centuries later, it was rediscovered by the Aztecs, who used the temple complex for cult rituals. The Aztecs believed that their gods created the universe.

The city’s main boulevard was called the Promenade of the Dead, around which pyramids and monuments were erected at perfect distances from each other and astronomically aligned as if the builders had copied the orbits of the planets in the solar system.

Its shape imitates the local mountains, and there are several tombs created during different stages of construction. Inside, archaeologists have found several clover-shaped chambers where many fire and water rituals are believed to have taken place.

The Pyramid of the Moon is considered to be the oldest stone monument in Teotihuacan. It is the second largest in the city and is dedicated to the Great Goddess.

It was built in the period 200-450 AD. and represents several pyramids built on top of each other, each with a tomb chamber. The shape of the pyramid follows the contours of the nearby Mount Cerro Gordo.

Unlike the pyramids in Egypt, those in Teotihuacan were not used for tombs but for temple complexes. Moreover, they were also built as a reflection of the constellation Orion on Earth.

The mysterious Teotihuacan is included in the UNESCO World Heritage List, and the question of who built it 1,000 years before the Aztecs remains open.

Cholula is located near the capital Tenochtitlan and was one of the most important ancient Mesoamerican cities during the Aztec Empire. With a population of 100,000, the city has been known for its bustling markets and sophisticated commodities.

When Cortes and his army arrived in Cholula on October 12, 1519, they stormed the streets, looted religious treasures, and burned sacred pyramids. Some say the Spanish army killed 3,000 people in a matter of hours, while others say the death toll was 30,000.

After the Spaniards conquered the city, which is now part of Mexico, they built so many buildings that there is now a church for each day of the year. The last building was the church Iglesia de Nuestra Señora de Los Remediosa at the top of the Great Pyramid of Cholula.

Cholula has been an important trading post for thousands of years, connecting the Toltec kingdoms in the north with the Maya in the south.

At the time Cortes set foot in what he called “the most beautiful city outside of Spain,” it was the second-largest city in the Aztec empire.

We are used to thinking, and we know from our school years that the Great Pyramid of Giza is the largest in the world. Yes, but no.

It turns out that the Great Pyramid of Cholula not only competes with it but is the largest pyramid in the world. It is an ancient Aztec temple located in the ancient Mesoamerican city of Cholula, with a base four times the size of Giza and twice as large. But where does the delusion come from, given that the differences are so obvious?

It turns out that “obvious” is the word with which we can least associate the Great Pyramid of Cholula because its gigantic structure was hidden under layers of dirt, soil, and vegetation, making it look more like a mountain than a place for worship. It resembles a hill so much that the Spanish explorer Hernan Cortes completely missed the facts when he decided to build a church on top of it, as can be seen in the photo.

The pyramid is known as Tlachihualtepetl (which literally means “mountain made by man”). Its origin is not very clear, but the consensus between the various theories and discoveries leads to the almost certain assumption that it was built around 300 BC. from different tribes whose purpose was to worship the god Quetzalcoatl.

History suggests that when Cortes arrived in Cholula, the pyramid was several thousand years old and overgrown in time. According to some legends, however, the pyramid was so sacred to the people of Cholula that they deliberately covered it with soil to hide it from the invaders.

Tenochtitlan was an ancient Mesoamerican city, the capital of the Aztec Empire, which was located on the site of the modern city of Mexico City. The approximate date of the city’s founding is around 1325.

The capital rises on several islands, in the middle of the salt lake Tescoco, near the older village of Tlatelolco. With sure steps, Tenochtitlan grew and spread on artificial peninsulas and islands, constantly stealing from the area of ​​the lake.

About a century before the Spanish conquests, the two cities, Tenochtitlan and Tlatelolco, merged into one colossal island capital (about 1,000 hectares) with a population of about 200-250 thousand people.

Tenochtitlan’s last ruler Moctezuma II was very superstitious, and when he was informed of the strange white-faced people who had arrived on the east coast of the ocean, he sent gifts.

The gifts of Moctezuma were special – three ritual costumes of their gods: one of Tezcatlipoca, the other of Tlaloc, and the third of Quetzalcoatl. Cortes, on a whim or not, chose to wear Quetzalcoatl’s suit.

This reached Moctezuma’s ears, and on November 8, 1519, he greeted Hernan Cortes with mixed emotions of joy and awe, as well as with rich gifts, at his palace in Tenochtitlan.

Assuming you know how the story concluded, we will not discuss how the Aztec Empire ended after Cortes reached the city. However, you can read more about Hernan Cortes and the end of the Aztecs here.