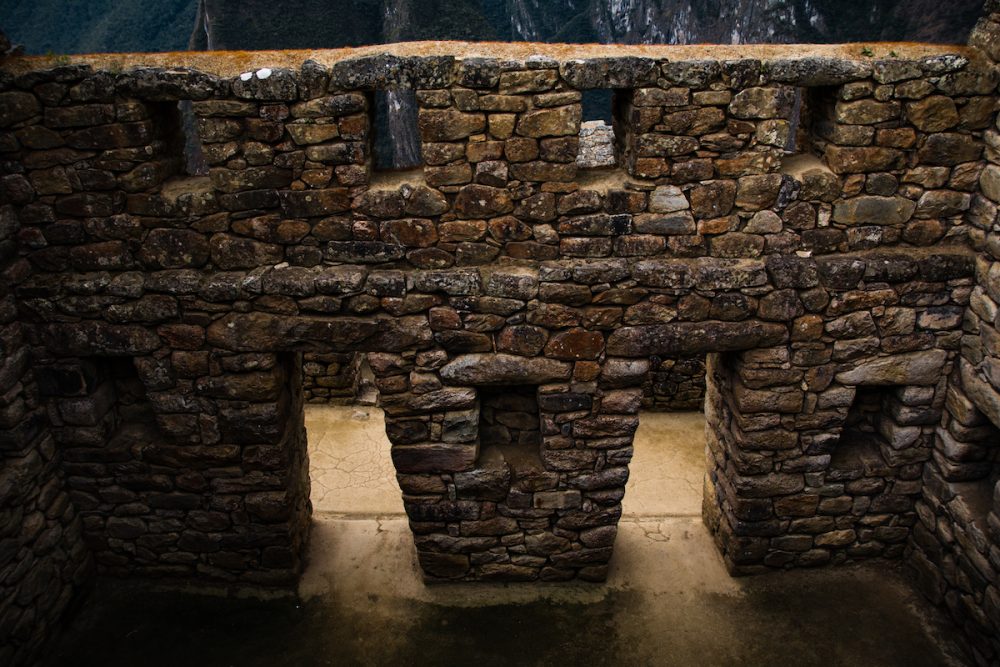 Peru, land of the legendary Incas, has retained much of its mythical feel. The cultural capital of Cuzco provides a glimpse into the country’s proud history, as the center of the Sacred Valley and the explorer’s base for the lost city of Machu Picchu. The Quechua and Aymara, descendants of the Incas, weave threads of their culture with Spanish influences to create a rich Peruvian culture of art, architecture, and music.

“It’s an irritating reality that many places and events defy description. For instance, Angkor Wat and ancient Machu Picchu seem to demand silence, like a love affair you can never talk about. For a while after, you fumble for words, trying vainly to assemble a private narrative, an explanation, a comfortable way to frame where you’ve been and what’s happened. In the end, you’re just happy you were there — with your eyes open — and lived to see it.” –Anthony Bourdain

Hidden in a cloud forest of Northern Peru, you will find Kuélap. Built by the Chachapoya culture in the 5th century AD.

Archeologists estimate that around 3000 people lived in Kuélap, but the city was abandoned in 1570 due to Spanish Conquest.

Kuélap is located on a limestone ridge on top of a mountain, built at an elevation of 3000 meters, while Machu Picchu was built at a much lower elevation, at around 2400 meters above sea level. This makes Kuélap one of the highest elevation cities in North America.

Located high in the Andes near Huaraz, this high altitude site is a place of ancient civilization and culture. Findings from this site are carbon-dated to around 3000 BC.

This archeological site is a large ceremonial center that has revealed a great deal about the Chavín culture. The main structure of this city was a temple, a flat-top pyramid with the interior decoration of sculptures and carvings.

During its peak, Chavin de Huantar was used as a religious center for ceremonies and events, perhaps the home for an oracle.

Huaca del Sol, or Pyramid of Sun, is one of the oldest mud-brick pyramids in North America. Built by the Moche civilization, this pyramid was composed of four primary levels.

The structure was expanded and rebuilt by different rulers over the course of time.

Located at the center of the Moche capital city, the temple appears to have been used for ritual, ceremonial activities, and as a royal residence. There is also evidence it may have been used as a burial chamber.

Sister pyramid of Huaca del Sol, this temple is kept in far better condition. Huaca de la Luna is a complex of three main levels, each one serving different purposes.

The true purpose of the temple is still unknown. Researchers know that the eastern platform was a place where human sacrifices were practiced.

Archeological findings have revealed multiple skeletons of adult males at the foot of the rock, all of whom show signs of trauma.

The Nazca Lines are a group of large geoglyphs etched into the soil of Nazca Dessert. Created between 500 BCE and 500 CE by the Nazca culture, most of the Nazca Lines form shapes best seen from the air.

The Lines were made by removing the top layer of reddish-brown iron oxide-coated pebbles to reveal a yellow-grey subsoil beneath.

Anthropologists and archaeologists have studied the ancient Nazca culture to determine the purpose of the lines and figures. One theory is that the Nazca people created them to be seen by deities in the sky.

One of the oldest centers of ancient civilization in North America, Caral is estimated to be around 5000 years old.  Located in the Supa Valley, the city has a complex and monumental structure, including six pyramidal structures.

A quipu (the knot system used in Andean civilizations to record information) found on the site testifies to the development and complexity of Caral’s society.

The remnants of Caral are remarkably well preserved, primarily because of its early abandonment and late discovery.

Chan Chan is located at the mouth of the Moche Valle. It was the capital of the historical empire of the Chimor civilization. In 1470, it was defeated and joined to Inca Empire.

The rise of the Spanish city Trujillo pushed Chan Chan more into the shadows as the city was looted continuously by Spaniards.

The wealth of the Chimu people was known to be gold and copper. The burial tomb in Chan Chan was looted in the 16th century and the treasure taken from the tomb was equivalent to 80,000 pesos of gold (nearly 5,000,000 US dollars worth)

As with many other Inca sites, it also has an irrigation system.

The real purpose of Circular depressions is still uncertain. From soil analysis, scientists know this site was used for farming, and the unique circular construction was used to create a temperature difference with a help of wind and sun.

Sillustani is a pre-Incan cemetery on the shores of Lake Umayo near Puno in Peru. The Tombs were built above ground in the tower-looking structures called chullpas.

Many of the chullpas at Sillustani were built by the Qualla people, who are actually part of the Aymara civilization.

The insides of tombs were built to hold an entire group of people, most likely extended families of the Aymara people.

Probably the most famous ancient site in Peru is Machu Picchu. The city was built in the 15th century by the Incas.

Archeologists believe that city was built as an estate for the Inca emperor Pachacuti. The Incas built the estate around 1450 and abandoned it a century later at the time of the Spanish Conquest.

Constructed in the traditional Incan style, Machu Picchu has three primary structures; the Temple of the Sun, the Room of the Three Windows, and Intihuatana.

The city sits in a saddle between the two mountains Machu Picchu and Huayna Picchu, with an astonishing view of two valleys.