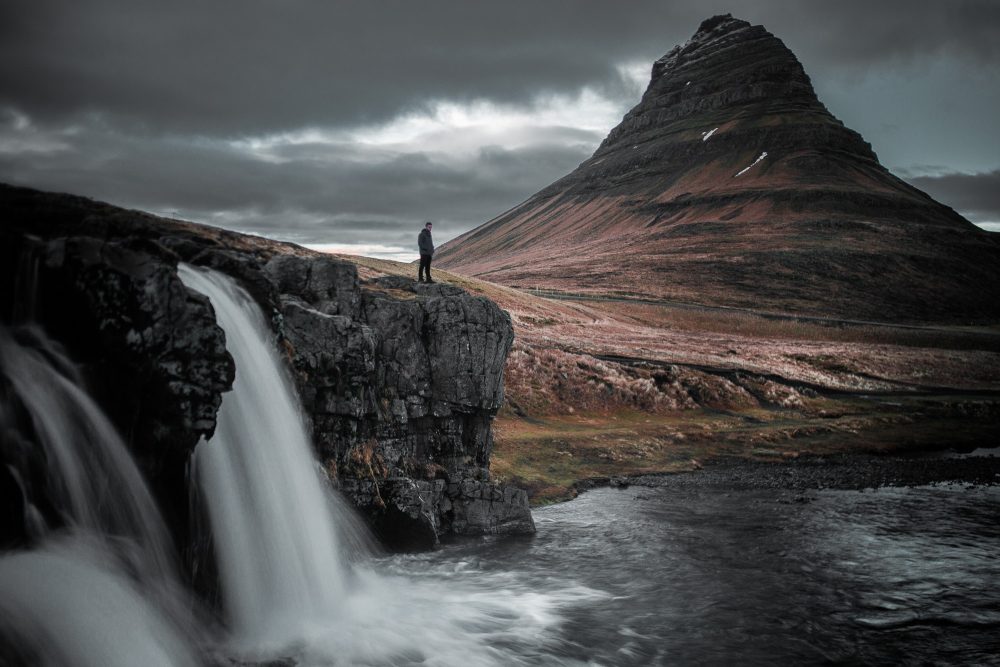 Iceland is more than just a beautiful country. It is immensely diverse in its landscape and hardy in its composition of people, a curator of creativity, tradition, and culture.

“On Iceland, you can see the contours of the mountains wherever you go, and the swell of the hills, always beyond that the horizon. There’s this strange thing: you’re never hidden; you always feel exposed in that landscape. But it makes it very beautiful as well”. — Hannah Kent

Being located so far north, Iceland is a country that always seems to be covered in snow and ice.

Underground, it is a different story; Iceland is one of the most volcanic regions globally, with many active volcanoes ready to erupt.

This also means that you will find a considerable amount of geothermal activity here, which has given rise to famous natural spas such as the Blue Lagoon and other ancient warm water pools.

If you like cities, you can enjoy the capital, Reykjavik, which has one of Europe’s best-hidden dining and nightlife scenes.

As a nature lover, you will find glittering glaciers, underground caves, and elegant national parks covered with wandering reindeer, as well as volcanoes and geothermal lakes.

Whatever you are looking for, Iceland is also a land of myths and legends. You can explore the country’s learning of trolls, elves, giants, and mythical creatures that all add to the allure of this mysterious yet inviting country.

Iceland is another place on earth that was raided by Vikings in history.

In this museum, you will find Icelander’s replica, a famous Viking ship from the 9th century. In 2000 they used a replica of Icelander to sail across the Atlantic ocean.

While in the museum, you can explore the ship and witness the mastery of woodcraft needed to build this ship.

Part of the museum is a section of Norse mythology as well, with a Viking playground and Settlement Zoo.

Visiting the capital of Iceland, you won’t pass without noticing this 76 meter-tall Parish church.

Built on the hilltop near the center, State Architect Guðjón Samúelsson‘s found inspiration for the design from the trap-rocks, glaciers, and mountains.

While in the church, you can take the elevator to the top, as this church is also an observation tower.

Opened 1913, Olgerdin is the oldest brewery on Iceland. Having a drink or two is not a new pastime to the island’s population.

For more than a millennium, the Viking spirit has included beer and mead consumption.

Start by sampling the Icelandic version of mead, as brewed by the Vikings.

Learn the history of the country’s prohibition era and taste the beer-substitute Icelanders drank at the time.

You are offered a shot of Brennivin, a form of schnapps often considered to be the signature liquor of Iceland, produced in Olgerdin Brewery.

In addition to these, try Gull beer and a traditional Christmas drink, the Malt & Apelsin. Those are native drinks from Iceland.

One of the most famous attractions on Iceland, Blue Lagoon, is a geothermal pool, made from heated turquoise seawater.

Blue Lagoon Spa is well known for its healing features, as it contains silica and other essential minerals. People from all around the world come here to treat their skin conditions.

If you decide to visit Snæfellsjökull National Park, make sure to explore this black sand beach. Volcano sand, creative rock formations, and many other wonders might remind you of ancient Trolls and Elfin churches.

Along the beach, you will find beautiful rock arches and limpid pools containing black sand. Evidence of Eding, a ship that wrecked off the coast in 1948 is also found here.

The beach is very accessible with an asphalt road that leads directly to the park’s entrance.

The Hekla Volcano has the rather unfortunate claim to fame of being one of the most active volcanoes globally, and it rises1,500 meters into the air.

It is located in a highly active volcano zone, with more than 20 eruptions since 874.

Suppose it looks familiar to you; it has been used over the years as a film location.

The movie Prometheus was shoot on Hekla volcano, where it represents an alien planet. The area is nothing short of one.

Leiðarendi is a lava tube located in Bláfjöll, the Blue Mountains. (Did you know there are lava tubes on the Moon and on Mars, as well?)

These caves are known for their colorful lava interiors, stalactites, and rippling rock formations.

Legends said this to be the homes of trolls.

Trolls were considered proud, stupid, brutal, and magical. In most stories, they would eat any who could not outwit them for the smallest of reasons.

Trespassing into a troll’s home was thus asking for punishment.

The caves are easily accessible from Reykjavik. While there, you can crawl through caves with a torch and admire nature’s creations.

Dynjandi is known to be the most famous and spectacular waterfall in Iceland. This area consists of seven waterfalls, each of which has its own name and identity.

Walking towards the waterfall, you’ll recognize it from quite some distance. It is one hundred meters tall.

Thunderous sounds come from water streaming down from upper lakes, spreading to another six waterfalls making this place a breathtaking location to visit.