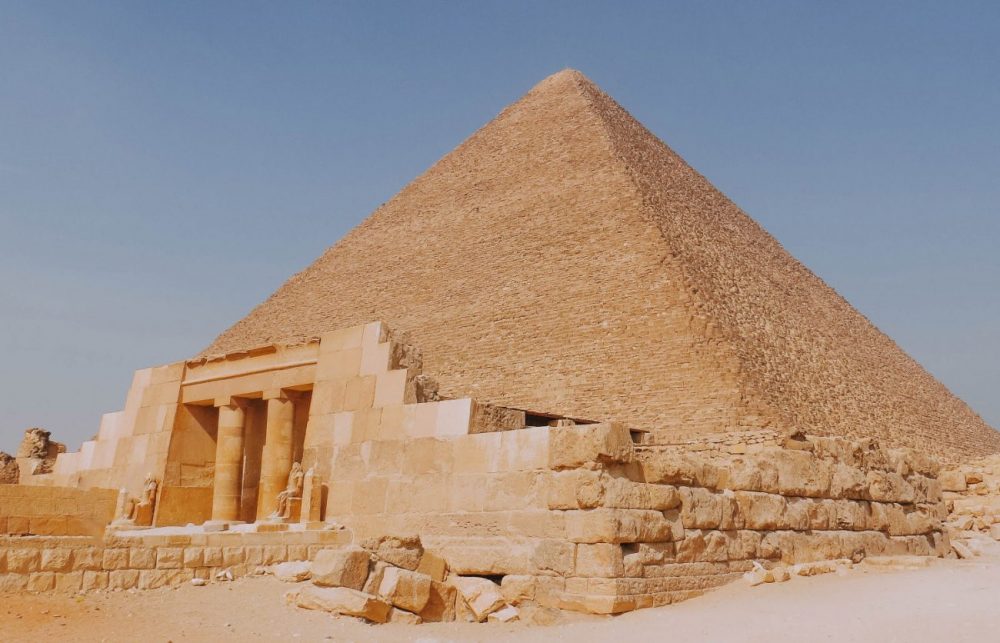 A discovery made at the footsteps of the Pyramid in 1954 may help reveal its ancient secrets.

Mystery has long surrounded the construction of Egypt’s Great Pyramid, but now new discoveries are revealing its secrets, as archaeologists uncover the last surviving relic of the pharaoh Khufu.

Despite the fact we have studied and researchers the pyramids at the Giza for decades, not many of their secrets have been revealed.

The structures, some of which date back more than 4,500 years are shrouded in mystery.

But in 1954, archeologists made a stating discover.

Experts excavated s series of wooden beams recovered near the base of the Great Pyramid of Giza.

An Ancient Wonder of the World

The great pyramid of Giza is the only standing wonder of the ancient toward.

Thought to have been built around 4,500 years ago and commissioned by Pharaoh Khufu as his eternal resting place, the Great Pyramid is the largest of the three monuments at the Giza plateau.

How the pyramid was built, and how the ancients managed to erect such a herculean project remains a mystery.

And despite studying the pyramid for decades, we still have not managed to understand how it was built.

But, a recent documentary by Channel 4 may solve the secret, at least partially.

‘Egypt’s Great Pyramid: The New Evidence‘ details how archaeologists are only now beginning to learn more about this ancient civilization and how they managed to erect the pyramid.

The documentary delves into many of the pyramid’s secrets.

At the foot of the monument, archaeologists are uncovering the last surviving relic of the pharaoh Khufu, whose tomb it is: a huge ceremonial boat buried in flat-pack form for more than 4500 years.

It’s a clue that points to the important role that ships and water could have played in the pyramids’ construction. This documentary follows investigations that reveal how strong the link between pyramids and boats is.

It’s a story of more than how Egypt built a pyramid: it’s about how the pyramid helped build the modern world.

The documentary dives into how the Egyptians sourced more than 170,000 tons of high-quality limestone to encase the pyramid. It was, according to researchers, one of the biggest challenges for the builders.

The documentary agrees with Egyptologists who say that the limestone most likely originated from quarries located far, far away, in a place called Tora.

“Nobody has ever been completely sure how so much stone was brought to Giza to complete the build in just over a quarter of a century.”

“But now new evidence is revealing that Khufu may have only managed this with a fleet of specially-built boats and highly-trained sailors,” the documentary argues.

“At the foot of the pyramid, a unique find is shining light on this theory,” the documentary reveals.

In 1954, archeologists were excavating near the base of the Great Pyramid.

There, they came across a series of wooden beams.

The discovery did not sound like much back then, but researchers now say, these wooden beams may help reveal many of the pyramid’s secrets.

Thanks to modern research, experts have revealed that the beams were the remains of an ancient boat that was dismantled long ago.

“These pieces of wood are actually a dismantled boat – a ceremonial ship that Khufu would command in the afterlife.”

According to Eissa Zidan who supervised the project, the particular remains of this boat may have even belonged to the Pharaoh himself.

“According to our analysis, this is the result from 2,600 BC,” Zidane said.

“This is the same period as Khufu’s pyramids, so we know this is the boat of King Khufu,” revealed Zidan, continuing that this is currently the number one archaeological project, not only in Egypt but in the world as well.