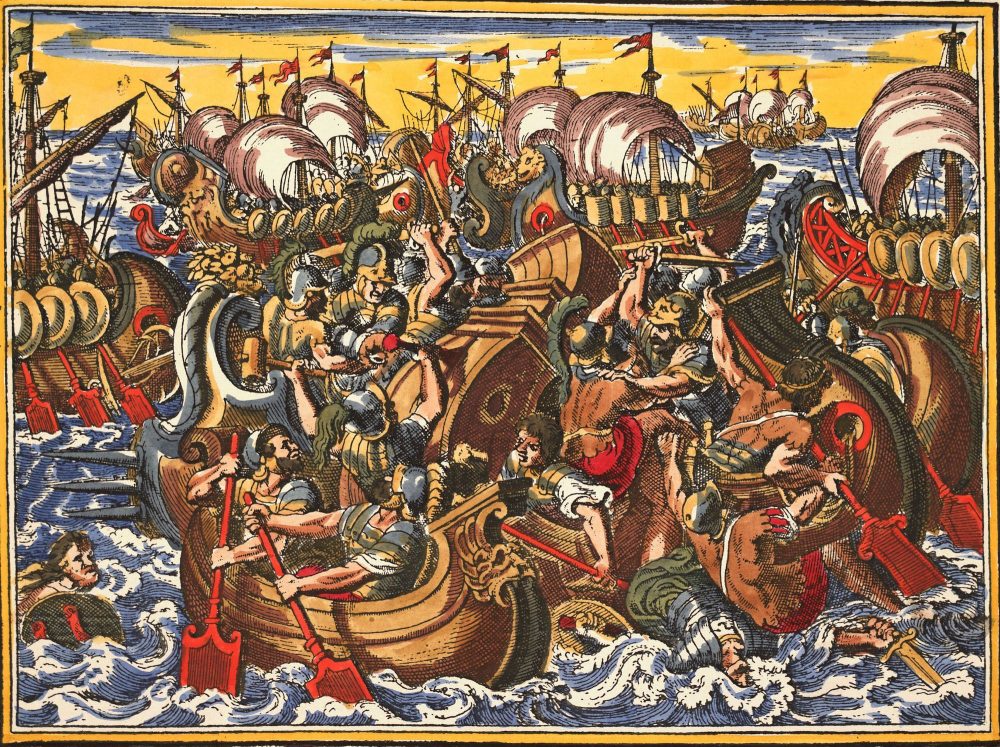 We all have heard of the famous ancient and medieval wars and conflicts but you will be surprised to see the actual duration of most. We usually learn about important battles and rulers, but we rarely notice that most major ancient conflicts lasted for decades and even centuries.

Unfortunately or not, war has occupied a significant part of human life from the dawn of humanity. The earliest historical sources take us back to wars 5,000 years ago around the time when the first established societies appeared (or at least those we are sure of). Undoubtedly, however, there were wars long before the Mesopotamian civilizations existed, and we simply do not have written sources from earlier cultures to confirm it.

Everyone has heard of the famous wars between ancient and medieval empires, but few have any idea of ​​their actual duration. We have selected the 10 longest wars in ancient and medieval history that you may or may not have heard. In my opinion, the figures that accompany these conflicts will surprise you.

We start out our list of the longest wars with one of the most famous wars in history, one that has been presented in various movies and books. It was fought between the different ancient Greek states, predominantly Athens and Sparta.

The two Greek states had been in conflicts beforehand but had agreed to a truce that was, unfortunately, unstable and not peaceful. The Peloponnesian War began in 431 BC. after the last attempts to straighten their bonds failed.

This resulted in a long-lasting blockade of Athens which, in time, forced them to surrender once the starvation in the city reached its peak point.

Some of the most famous battles in history took place during the Greco-Persian Wars. As examples, I can mention the Battle of Marathon and the Battle of Thermopylae.

Anyhow, the Persian Empire was acquiring more and more territories on the West which led to an uprising from the Greek states and the beginning of a 50-year long military conflict. Year after year, the Greeks were fighting off Persian invasions of armies that allegedly numbered hundreds of thousands of warriors until Persia was forced to sign a peace treaty and to retreat back to Asia Minor.

The division of the Macedonian Empire of Alexander the Great led to the establishment of several powerful nations and empires, one of which was the Seleucid Empire. At its peak, the Empire controlled an enormous territory that spanned from modern-day Turkey to modern-day Afghanistan.

Although the Seleucid Empire was the largest and strongest from the states that once were part of the Macedonian Empire, it quickly failed in the protection of its enormous borders which led to the loss of regions like Parthia which declared sovereignty.

The entire military conflict between the two sides continued for 109 years until Parthia landed the final blow that led to the fall of the Seleucid Empire and the establishment of the Parthian Empire in its place.

One of the most “recent” wars on our list is the Hundred Years’ War which began with the death of King Charles IV. As the English and French royalties were then significantly mixed with each other through marriages, it became impossible to declare an heir to the throne without a war.

Although the military conflicts were intermittent and occurred in periods, it is generally accepted that the Hundred Years’ War continued for 116 years until the French defeated the remaining English armies in 1453 and reclaimed the last territory of Bordeaux that was held by the English.

The Punic Wars are perhaps one of my favorite ancient military conflicts and it was fought between the Roman Republic and Carthage. This conflict included three separate periods with great victories and conquests from both sides. And although the three Punic Wars combined include only 43 years of war, I consider the entire period from the beginning to the end to be one conflict. In other words, if we only consider the years of active warfare, this conflict would be 9th on our list.

The whole conflict began when Carthage became the most powerful city in the Mediterranean region and its ambitions reached the point at which they forbid Roman trade in the Western Mediterranean. And so, a war for the control of the region began that spanned through 43 years and hundreds of thousands of casualties.

In all honesty, knowing the timeline of the Punic Wars, the Roman Republic could have lost the war as early as the second conflict known as the Second Punic War (218 – 201 BC) was it not for the disrupted supply lines of the Carthaginians which led to their retreat.

During the Third Punic War, the Roman armies held Carthage under siege for three years until they broke through the fortifications and burned down the city.

The Byzantine-Ottoman War is the fifth-longest war on our list and it is another one that ended around the end of the Medieval era. It began in 1265 with the continuous invasion of the Ottoman Empire in the Eastern territories of the Byzantine Empire.

The war continued for more than 200 years during which the Ottoman Empire was growing and acquiring more and more of the territories controlled by the Byzantines. This conflict brought the end of the Byzantine Empire when the Ottomans took control over the capital – Constantinopole, in 1453. However, the war did not end for another 26 years until the final Byzantine territories fell under Ottoman rule.

The Byzantine-Seljuq War marked yet another centuries-long conflict with the participation of the Byzantine Empire. Although the war during this period was intermittent, obviously, the purpose was the same throughout the entire period – taking control over certain territories in Asia Minor.

Both sides won and lost territories during these 260 years but in the end, the Byzantines were unable to continue their military efforts on this front due to the numerous other wars they fought and the continuous Crusades by the Latin Church.

Now, the exact duration of the Byzantine-Arab Wars is subject to many opinions. Some historians suggest that it began one hundred years earlier. In general, it is widely accepted that the conflicts began around the 8th century and continued for about 400 years.

Simply said, this conflict can be considered a predecessor to the Byzantine-Seljuq War we discussed above as the Islamic states that fought during the Byzantine-Arab Wars were later replaced by the Seljuk Empire.

As a whole, the centuries-long intermittent military conflicts between the Byzantines and all their allies against the different Islamic states led to the loss of many important territories and it generally impacted the economic and military state of the Byzantine Empire.

As you can see, the second-longest war in history spanned through more than 700 years. On one side was the Greco-Roman world while the other side was taken by two consecutive Persian Empires – the Parthian and the Sasanian Empires.

The most curious fact about the Persian-Roman Wars to me is the fact that they did not end with a victorious side. On the contrary, the wars between the two empires were ended by the Arab Muslim Conquests that conquered the Sasanian Empire and also a large percentage of Byzantine’s territories.

Countless military conflicts in history have been started because of religion, and this is exactly the reason behind the longest war in human history – the Iberian Religious War that continued for 781 years.

This conflict was fought exclusively on the modern-day territory of Spain and began with the Ummayad Conquest of Hispania in 711 which marked a centuries-long Islamic control over the Iberian peninsula. As you can probably tell, the war was fought between Christians and Muslims and continued until 1492 when the last Muslim-controlled city fell.

To mark the end of the war, the Spanish Kingdoms signed a degree that gave Muslims a choice – to convert to Christianity or leave the Iberian Peninsula.