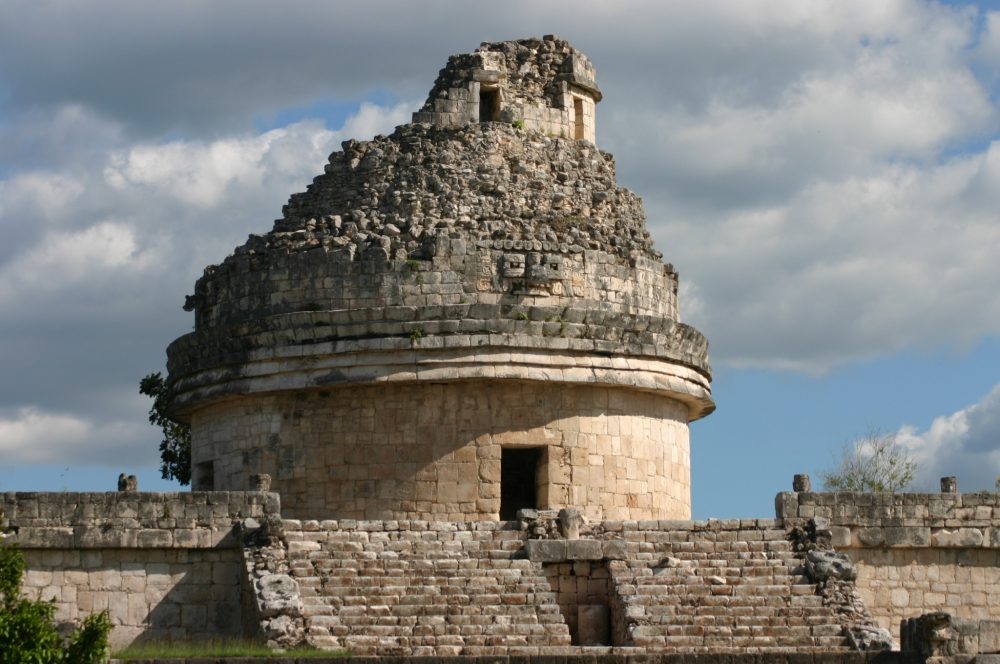 The ancient Maya were meticulous astronomers who not only studied the stars but built intricate structures that allowed them to observe the moon and Venus, and there is evidence they also studied Mars and different stars in the night sky.

Hidden in the Yucatan rainforest are many ancient structures, many of which have been built thousands of years ago.

Throughout the years, many of them have been revealed thanks to archeological missions that have done their best to explore nearly inaccessible places in the peninsula.

LiDAR technology has helped researchers better understand ancient cultures and peer into places that were previously inaccessible to them. In fact, LiDAR has completely changed our understanding of the ancient Maya civilization several times now. You can read more about it here and here.

But this article is not about LiDAR and technology. It is about the ancient Maya, science—specifically astronomy—and their incredible degree of astronomical studies.

The ancient Maya were many things; They were warriors; they were engineers, architects, and researchers. They were great farmers and sellers, who built amazing cities across Southern Mexico, Guatemala, and Belize. They were pyramid builders who erected some of the most impressive monuments we have ever seen.

But they were also great scientists, and just as they built imposing pyramids in their many cities, they also built structures that helped them advanced in the field of astronomy and the study of planets and the stars in the night sky.

Central to Chichen Itza is the imposing pyramid known as El Castillo, an ancient structure built in honor of Kukulkan, the Feathered Serpent deity.

But not far from it lies one of the strongest structures ever erected by the Maya; a round building that sits atop a large square-ish platform. This ancient monument is special because it attests to the advanced astronomical knowledge of the ancient Maya.

The odd structure is believed to have been constructed around AD 906. We know this thanks to the stele on the Upper Platform, which makes reference to the structure.

Studies of the structure suggest that El Caracol—which means the snail—was constructed by the ancient Maya to help them study and keep track of the stars. El Caracol—whose name originates from the inner spiral staircase inside the tower—is in fact a combination of three superimposed buildings.

El Caracol was specifically designed by the Maya as a building that would allow them to see what’s above the horizon. This was imperative for their astronomical aspirations because the entire Yucatan Peninsula is Flat as a disc. This means that the ancient astronomers had to do something that would allow them to see above the thick rainforest canopy; enter El Caracol. The building allows for an undisturbed view of the night sky and surrounding landscape. El Caracol rises imposingly above the trees, offering an unprecedented view of the sky.

A telltale sign that El Caracol was specially designed to study Venus can be seen in the grand staircase that marks the front of El Caracol; It faces 27.5 degrees north of west. This means that it is out of line with the other monuments at the site—which is odd, but it is an almost perfect match for the northern extreme of Venus, Venus’s most northerly position in the sky, as explained by Ancient Observatories.

El Caracol allowed Maya astronomers to study the night sky, but it is believed that the structure was specifically designed for the study of Venus.

To the ancient Maya, Venus was of great importance; it was considered the Sun’s twin and the god of war, which explains why El Caracol might have been aligned to follow the motion of one of the brightest planets in the sky. Studying Venus was of great importance as its position and brightness were taken into consideration as an omen which allowed the Maya to plan their battles.

But El Caracol was more than just an odd Maya building. This proto-observatory allowed the ancient astronomers to calculate with great precision solar and lunar eclipses. It also allowed them to study stars and planets, and more importantly to calculate the solar year with great accuracy.

As revealed by an article published by the New York Times on March 25, 1986, sightlines for a total of 20 astronomical events, including eclipses, equinoxes, solstices, can be found at El Caracol.

This means that although the ancient observatory was perhaps primarily built to follow the path of Venus across the sky, the ancient astronomers of the time were interested in many other astronomical events, reinforcing the fact of how important astronomy and the study of celestial objects was to the Maya.

El Caracol is damaged; a portion of the tower resting on El Caracol has been lost in time. This means that although experts have now recognized a total of 20 astronomical events closely followed and studied by the Maya, it is very possible and likely that there were many more. However, which these were is something we may never know.