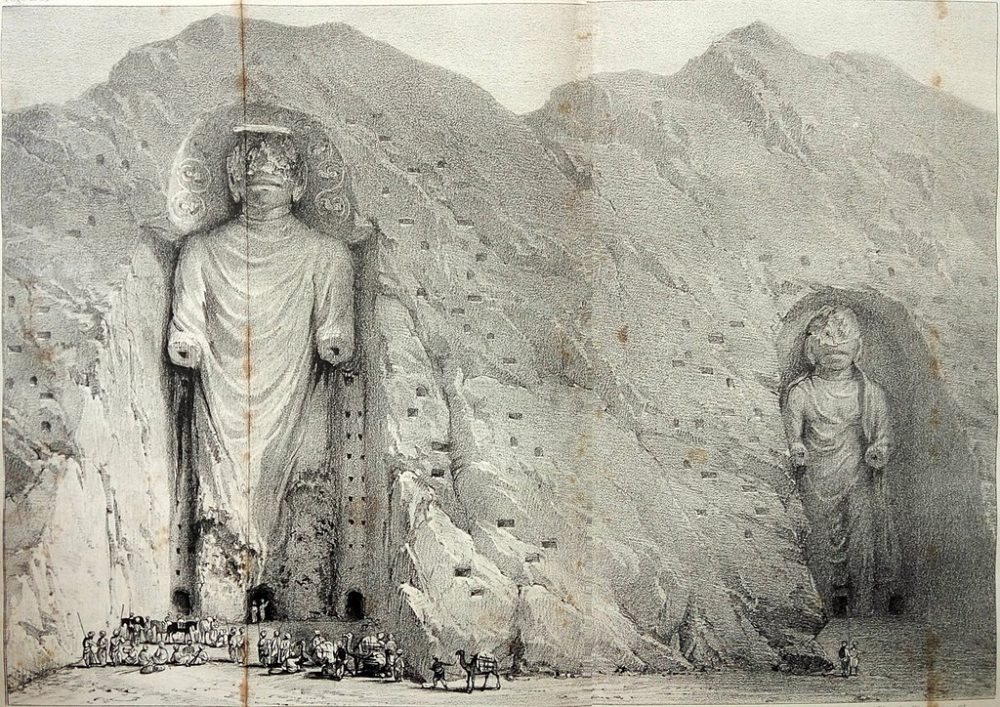 Afghanistan has been torn by terrible wars in the recent decades, resulting in the irreversible loss of many significant ancient monuments like the Bamiyan Buddhas.

The monumental statues of the Bamiyan Buddhas were the most significant historical site in Afghanistan for more than a millennium before their ultimate destruction at the beginning of this century. An unfortunate result of an unnecessary religious war, the world lost one of the most significant Buddhist monuments after 1500 years of existence.

1. The Bamiyan Buddhas were part of a magnificent complex of monasteries

Buddhism was one of the main religions that flourished in the region of Afghanistan 1500 years ago. The mountains that once held these electrifying statues also held a grand monastery complex with more than twelve thousand grottoes.

2. Ancient accounts suggest that there were many more Buddha statues in the Bamiyan valley

The Bamiyan valley was once part of the Great Silk Road and the only possible passage through the Hindu Kush mountains. This is why the region flourished and it was selected as the location for the monastery complex and the Bamiyan Buddhas. Legends suggest that there were once several more monumental statues, some even larger than the two destroyed two decades ago.

The smaller of the two statues, named Buddha Shakyamuni, was erected in 507 AD. It was the one located on the Eastern side of the cliffside.

The larger one, standing on the Westside, was called Buddha Vairochana and has been dated to 554 AD.

4. The Bamiyan Buddhas were the largest Buddhist statues in the world, standing at 125 and 180 feet

Logically, the Western Buddha was 180 feet while the Eastern was 125 feet.

5. Historical accounts suggest that the statues were once richly decorated

It is said that the Bamiyan Buddhas were originally covered by paint and plaster from top to bottom. Moreover, they were also richly decorated with bronze, gold, and countless jewels. It is highly likely that the statues were robbed by treasure hunters, as well as the monastery grottoes carved in the mountain.

6. The Bamiyan Buddhas were left untouched even after the Arab invasion and the replacement of Buddhism with Islam

Less than two centuries after the Bamiyan Buddhas were created, there was a change in religious dominance in the region. The Arab invasion of the 7th century brought the end to Buddhism in the region and replaced it with Islam.

Even so, the Arabs left the monumental statued untouched. Moreover, it is said that they honored and celebrated them.

7. No historical accounts mentioned the Bamiyan Buddhas between the 13th and 17th centuries

It is curious how this significant site was never mentioned anywhere for more than 400 years. After the armies of Genghis Khan obliterated the region in 1221, they were simply left unmentioned. Moreover, they were also left untouched and none of the regional rulers truly paid attention to the monuments.

8. The first attempt to destroy the Bamiyan Buddhas was made by the Emperor of the Mughal Empire in the 17th century

Just as they were never mentioned for 400 years, the first time anything was written about them referred to an attempt to destroy them. The Emperor of the then powerful Mughal Empire Aurangzeb attempted to destroy them using early forms of artillery but was unsuccessful.

9. The face of the smaller statue was destroyed in a military campaign in the 19th century

Scholars have not reached an agreement on whether this was another attempt to destroy the statues or it happened by accident. It occurred during a military campaign led by the Emir of Afghanistan – Abdur Rahman.

10. The statues were completely destroyed by the Taliban in 2001

Once the Taliban came into power in 1996 and controlled most of the current territory of Afghanistan, they attempted to destroy all monuments and artifacts from the pre-Islamic era of Afghanistan. Their “greatest achievement” was the complete destruction of the Bamiyan Buddhas in 2001.

It is curious that the leader of the Taliban, Mullah Omar, originally wanted to preserve the historical monuments of Afghanistan but after several Taliban attacks enraged the international community, he approved the destruction of the Bamiyan Buddhas.

Unsuccessful attempts to prevent the destruction were made by the entire international community. Many countries tried to negotiate the transportation of the statues away from Afghanistan, a proposition which was backed by all 55 Islamic States in the Organization of the Islamic Conference.

Unfortunately, the Taliban went on and destroyed the Bamiyan Buddhas in 2001. Witnesses claim that the process took over a month since the statues withstood the power of their heavy artillery and mines. Day by day, the Taliban were demolishing large pieces of the statues until nothing remained.