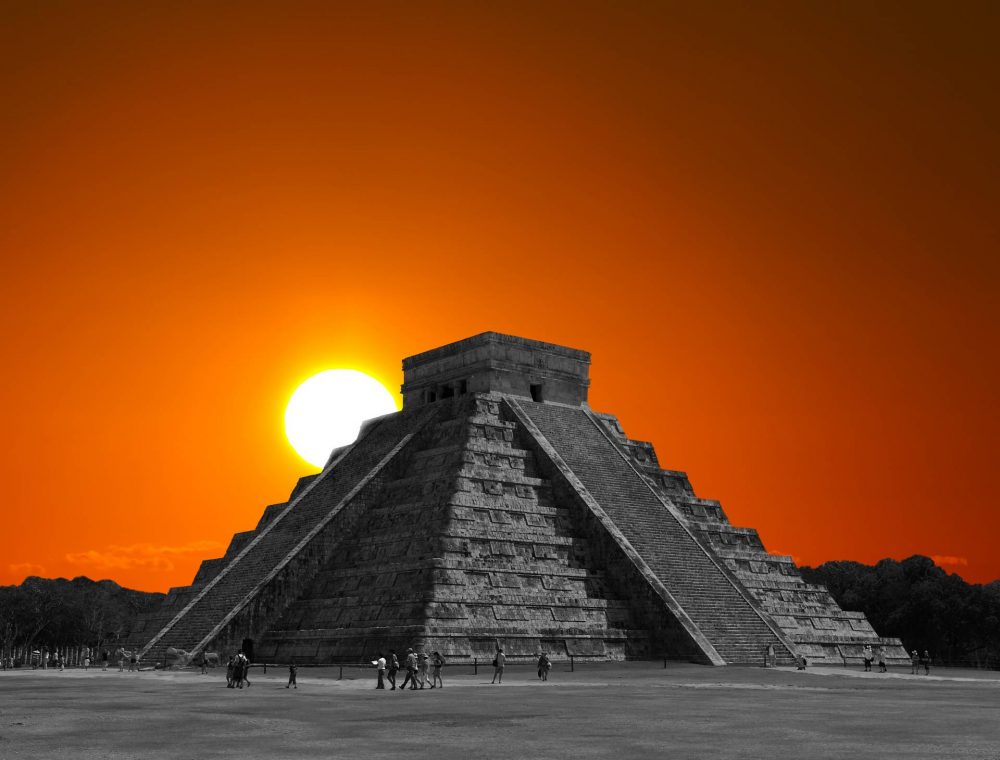 The summer and winter solstices were important astronomical events for literally all ancient civilizations. This is evident in all the ancient monuments oriented towards the solstices in all corners of the world.

For most, the summer and winter solstices are nothing more than regular days that mark the longest and shortest days of the year.

Many celebrations are held across the world, of course, but our general interest in the solstices cannot compare to that in ancient civilizations.

For ancient people, these days were extremely important astronomical events which is why so many of the most famous ancient monuments are oriented towards the solstices. Could you think of an ancient civilization that did not have a Sun god or perhaps, one that didn’t build temples and monuments in honor of the Sun?

Some of the following monuments have been our subject numerously and we have mentioned their astronomical alignment in the past. Others, however, may surprise you. Here are 10 ancient monuments oriented towards the solstices.

The 5000-year-old Stonehenge monument remains one of the greatest mysteries in the world since its true purpose remains unknown. However, the site has become a place of celebration during the two solstices each year. Hundreds of people stream down to the site to witness the sunrise during the summer solstice and the sunset during the winter solstice. And if you stand in the middle facing the correct direction during these events, you will see how the sun aligns with certain stones.

2. Temple of the Sun, Machu Picchu

Perhaps you didn’t know that the Incas considered themselves descendants of the sun and built their monuments according to it. A clear example can be given with the Temple of the Sun in Machu Picchu. Before anything else, it is located at the highest point of the city as they believed that it should be closest to the sun. Moreover, it has a special window placed specifically to align with the sun during the day of the winter solstice.

3. Temple of the Sun, Cusco

Although the Temple of the Sun was destroyed by the Spaniards and its ruins became the foundations of a new Christian church, a similar window to the one in Machu Picchu remains and it also aligns with the sun on the day of the winter solstice. While small parts of the past two temples remain, they have generally been acknowledged as ancient monuments oriented towards the solstices.

Here is another spectacular monument built by another famous Mesoamerican civilization – the Mayans. Although it is mostly famous for its interaction with light during the spring equinox, the step pyramid of Chichen Itza also provides a spectacular view during the summer and winter solstices.

What you need to look at are the axes through the southwest and northwest corners of the step pyramid. Their orientation aligns perfectly to the point of the sun during sunrise on the day of the summer solstice. Moreover, they also align with the sun’s point during the sunset at the winter solstice.

The most recent discovery of an ancient monument oriented towards the solstices was made in the ancient stone-hewn city of the Nabataeans civilization – Petra. Researchers measured the alignment of the ancient structures in comparison to the position of the sun. What they discovered was that on specific days of the year like the winter solstice, for example, certain important buildings and locations would be aligned and highlighted by the sun’s light.

An ancient monument that rarely hits the headlines, Newgrange is often mentioned for this exact reason – its alignment to the solstices. Although it was originally considered as nothing more than an ancient passage tomb, experts now agree that it had spiritual significance to an extent that could match our modern-day cathedrals and churches.

Another rare man-made structure, the Goseck Circle is a Neolithic monument dated to nearly 7000 years ago. Dug in the ground, it includes several concentric circles with the largest one being 75 meters wide. It was only discovered less than 30 years ago and upon excavating, archaeologists realized that the entrance gates align perfectly to the sunset on the day of the winter solstice. Who built the Goseck circle is unknown but they apparently oriented it towards the solstices.

While any discussion about the pyramids of Giza is accompanied by countless questions about how they were built, we can generally say that the sun and stars had a pretty significant impact during the process. The chances to witness the solar phenomenon of the pyramids are low but we can, at least, explain it to you.

Let’s assume you are sightseeing the pyramids on the day of the summer solstice. Wait until sunset and stand directly in front of the sphinx. What you should see is the perfect position of the Sun between the Pyramid of Cheops and the Pyramid of Khafra.

We continue with our journey throughout the ancient monuments oriented towards the solstices and we are, once again, in Egypt. The two temples of Abu Simbel are another curious example of a solar phenomenon during the winter solstice.

Four statues of ancient Egyptian deities stand at the back of the vault in the larger temple. On the day of the winter solstice, at sunset, light illuminates three out of the four statues. The most curious fact – the only statue that remains in darkness is that of Osiris, God of the underworld.

If you think I didn’t mention enough Mesoamerican monuments, here is another one – Dzibilchaltun, once created by the enigmatic Mayan civilization. To say the least, there are about a dozen Mayan monuments that align to perfection with either of the solstices but we cannot mention them all here.

To witness the alignment with the Temple of the Seven Dolls in Dzibilchaltún, you need to be standing in front of the entrance at sunrise on the day of the winter solstice. If you are there on time, you should see the sun rising from the door of the temple.