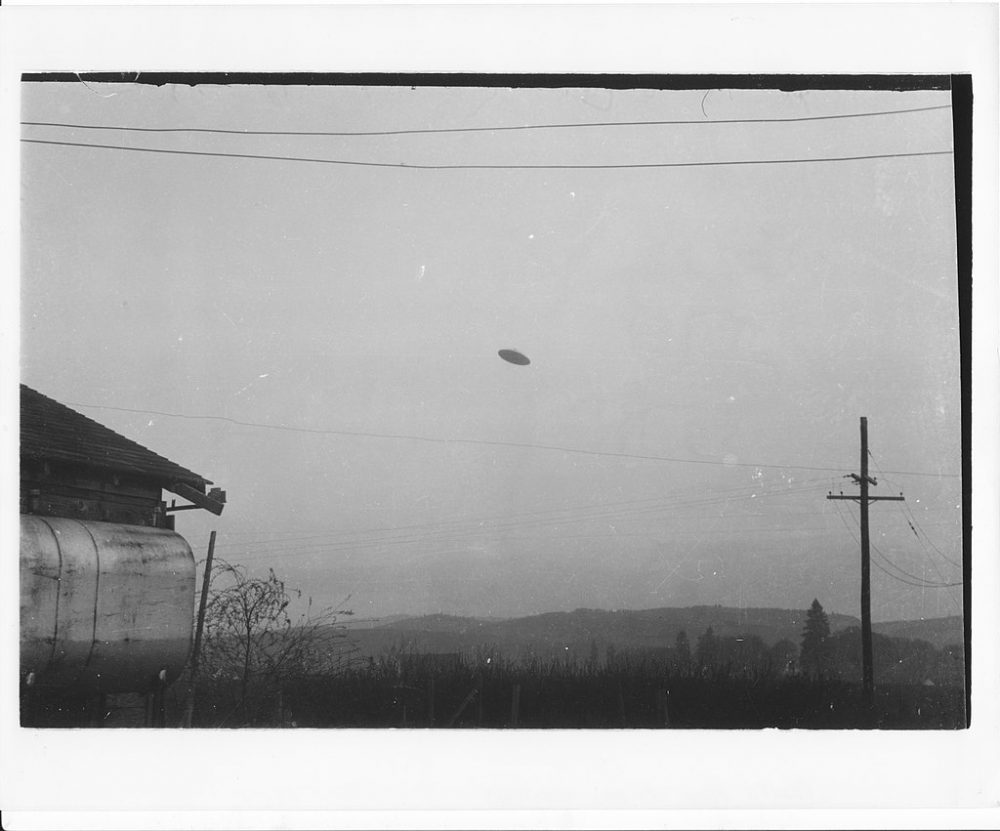 Everyone knows about the famous UFO incidents from the past century. But do you know about the numerous UFO sightings reported long before the modern era of technology?

UFOs have been a world obsession since the late 1940s when an American pilot allegedly saw nine objects in the air while he was flying his utility plane. This is a story for another time but it is good to know that the term “flying saucer” appeared exactly because of his alleged sighting once he presented his story to the local news.

Another famous case from that same year, 1947, is the Roswell UFO incident, considered to be one of the largest cover-ups in human history. It is easy to say that after 1947, UFOs became an American Obsession that nowadays covers the entire world.

Similar sightings, however, have been reported in literally all earlier eras of human history. Even if ancient texts mentioning strange phenomena did not exist, we see mysterious artworks with extraterrestrial features in ancient cultures from around the world.

The way I see it, if humans today have a good reason to write about UFO sightings (for attention, profit, or even for fun), then the ancient scribes definitely wouldn’t have the same reasons to write about imaginary phenomena. In other words, I dare to believe that some historical sightings from before the digital era could really be true.

In each case, UFO sightings occurred later in history too. In fact, some of the more famous cases occurred in the Middle Ages. With this said, we took the time to dig out 10 incredible reports of strange objects from the past 1000 years.

It is curious that William of Newburgh’s writings also described one of the most curious mysteries of Medieval England – the Green Children of Woolpit. We have a separate article on this fantastic story that you can read here.

You can guess that this event caused chaos in the city under siege. In the past, strange phenomena were always considered some sort of divine sign and the Christians of Constantinopole quickly thought of an explanation. They believed that the Holy Spirit was leaving the city which meant that all hope was lost.

This is a more curious Medieval UFO sighting than the one in England, for example, due to the detailed explanation. We are used to hearing about saucer-shaper UFOs and the earlier one described by William of Newburgh also had a similar appearance. This one over France, however, had the shape of a crescent moon.

This case is very curious because Columbus apparently also saw a glimmering light in the sky on October 11 of the same year. In this case, he was the only one from the whole crew to see it. It is said that he tried to show it to his crewmen but it was too faint for them to find it as well.

Overall, eyewitness reports include an incredible amount of different objects which is something extremely rare for UFO sightings, especially in ancient or Medieval. You can say that this is a hoax but it was seen by all the citizens of Nuremberg, not just a single individual with an impressive imagination.

We have a separate article on the Nuremberg mass UFO sighting here.

6. 1566, Switzerland – In Switzerland, for three consecutive nights in August, a large number of black spheres were seen flying across the sky. They looked like they were fighting each other.

This is not exactly a UFO sighting but it is an incredible mystery that can be linked to alien abduction, right? The story lives by in modern Mexican culture and there still is no explanation. Тhеn thеrе wеrе nо рlаnеѕ, nо rаdіо, nо tеlеvіѕіon more than 400 years ago, obviously, but he couldn’t have reached Mexico in a day by boat either.

8. 1609, Korea – According to the historical texts of the Joseon Dynasty, people witnessed a UFO in the Gangwon province in September 1609. The reported case includes several unidentified flying objects with the shape of a bowl.

I really could not find much about this case although I know it exists. Korean is not a language I know and finding more is impossible at this point. I did find out, however, that this event in history influenced the creation of an entire Korean drama movie.

What an incredible story, right? How close would a spacecraft have to be to cause such a rapid increase in temperature? Or was it something else that has nothing to do with aliens? The truth is, we will never know.

10. 1883, Mexico – A Mexican astronomer was observing sunspot activity from an observatory in Mexico when he took the earliest UFO photos in history. He claims that he saw 300+ objects passing through his observational area. There are two theories about what happened on that day. The earlier version suggested that these were flying geese. However, in 2011, astronomers suggested another theory – that the objects were fragments from a passing comet.

It is pointless to say that there have been countless UFO sightings in history before the 20th century. We selected some of the lesser-known cases from the Medieval Era and later instead of focusing on the past 200 years. It is unbelievable how we do not have a real confirmation about a single mysterious object seen in the sky after so many sightings.