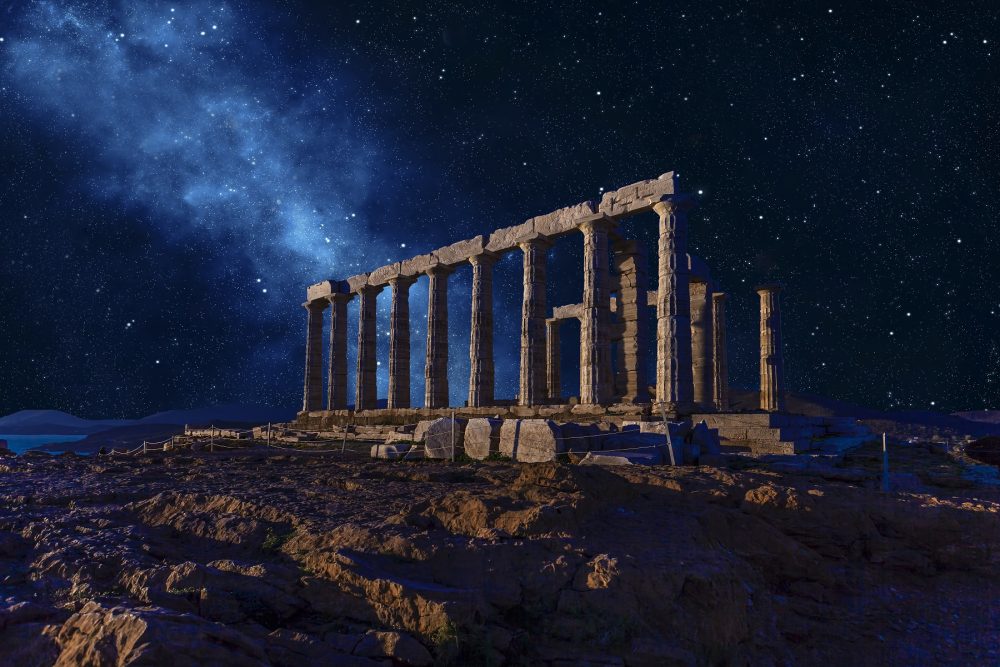 One of the greatest archaeological enigmas is a 7,000-year-old statue carved from granite depicting a kind of Bird-man.

Ancient Greece is generally acknowledged as the seminal culture that served as the basis for Western civilization. Greece’s culture had a powerful influence on the Roman Empire, which spread it throughout many of its territories in Europe.

The ancient Greek civilization has been enormously influential for language, politics, educational systems, philosophy, science, and the arts, giving rise to the Renaissance current of the fifteenth and sixteenth centuries in Western Europe, and also resurfacing during the neoclassical movements of the eighteenth and nineteenth centuries in Europe as well as America.

The Greek civilization was basically maritime, commercial, and expansive. A historical reality in which the geographical component played a crucial role to the extent that the physical characteristics of the southern Balkan Peninsula, of rugged relief, complicated agricultural activity, and internal communications. At the same time, its long coastal length favored its expansion overseas.

Scholars argue that the first ancient Olympic Games around 776 BC signal the beginning of the period known as Ancient Greece. Between the end of the Mycenaean period and the first Olympians, there is an era called the Dark Age of Greece. There is no written reference, and only a few ancient archeological relics exist.

Nonetheless, the history of ancient Greece is worthy of praise and awe.

The first findings evidence of human occupation in the territory we today identify as Greece can be traced back to the populations in the Paleolithic, around 7000 – 6000 BC. People eventually developed agriculture and thus became progressively sedentary, extended pottery practice, and created primary political institutions.

Later they began to use bronze, but their use’s refinement occurred after contact with immigrant populations.

Most scholars argue that the people who would become the Greek people migrated south to the Balkans in a series of waves starting in the mid-Bronze age around 2,000 BC. Other academic sources argue that the migration process began in the fifth millennium BC, where people from Mesopotamia and Syria traveled to the region.

According to these sources, the first immigrants found native inhabitants who left newcomers a lot of traditions. At the same time, these brought to the area the culture of pottery, agriculture, and forms of religion. Eventually, the Greek civilization developed and evolved, becoming one of the most important and influential cultures on the planet’s surface.

In addition to the numerous innovations in philosophy, sociology, and science, the ancient Greeks left us with quite a few archeological enigmas.

In this article, we take a look at three of the most stumping archaeological mysteries from ancient Greece.

One of the most fascinating mysteries that can be traced back to ancient Greece is a strange analog computer of the ancient world, believed to have been used to predict the positions and eclipses for calendar and astrological purposes.

The sophisticated device, a unique wonder of the ancient world, is also believed to have been sued by the ancients to track the four-year cycle of the athletic games of ancient Greece.

Considered the first computer in history, the ancient artifact was recovered from a shipwreck of the island of Antikythera in 1901 and identified as a device with gears in 1902 by archaeologist Valerious Stais.

Although there are no written texts that mentioned the device, and we have absolutely no idea who created it, scholars believe the mechanism was built and designed by Greek scientists between 150 and 100 BC. The artifact is unique, and no other device similar to it has been found anywhere in the world.

The Antikythera mechanism is a complex, ancient analog computer composed of at least 30 bronze gears. Analysis of the fragmented device has shown that it most likely had more than 30 gears, which enabled the device to accurately follow the Moon and the sun’s movement through the zodiac, predicting eclipses along the way. Scholars say the artifact was even possible to model the irregular orbit of the Moon, where the Moon’s velocity is higher in its perigee than in its apogee.

Its original creator remains lost to history, although scholars believe that ancient Greek astronomer Hipparchus of Rhodes may have participated in some way in the machine’s construction.

Its blueprints, just as its origin, are lost to history, and the knowledge of building this type of technology was lost in antiquity. Although technological works that resemble the mechanism appeared in the medieval Byzantine and Islamic world, devices with a complexity similar or equal to the Antikythera mechanism did not appear until creating the astronomical clocks in Europe during the fourteenth century.

If the Great Pyramid of Giza is the only standing ancient wonder of the world, then the Antikythera mechanism surely deserved the title as the most sophisticated and mysterious technological device of the ancient world.

The enigma surrounding the Phaistos Disc

Another striking artifact dating back to ancient Greek was discovered in 1908 by Italian archaeologist Luigi Pernier inside the ancient Minoan palace site of Phaistos.

The ancient disk measures 15 centimeters in diameter and is covered with an intricate series of symbols and spirals on both sides.

Considered one of the most significant archeological mysteries in history, the Phaistos disk has refused to reveal any of its secrets. Its original place of manufacture, meaning, and purpose remain highly debated subjects among scholars until this date.

It features 231 tokens composed of 45 distinct signs, which are believed to have been made on the disc’s surface by pressing down a kind of hieroglyphics seal into the disc of soft clay. The message the disk bears has still not been translated, although numerous attempts at doing so have been made. According to scholars, the Phaistos disk has 61 “words,” 31 on side A, and 30 on side B.

Scholars say that its contents are not clear to be a script, although most attempted decipherments suggest that it may be. Experts have not been able to decipher the message because there are no known examples of identical or similar symbols like those on the disk on any other artifact from antiquity.

Literally referred to as a 7,000-year-old archaeological enigma, the miniature statue, which experts say depicts a bird-like figure, was carved from granite without the use o metal tools. Initial analysis has revealed the statue most likely dates back to the Final Neolithic Period.

The exact region where the item was carved remains a mystery, although some experts suggest that it originated somewhere from the northern Greek regions of Thessaly or Macedonia.

Measuring 36 centimeters, the odd figurine has a pointed nose, cylindrical legs, and a round belly. Its origins and exact purpose remain an enigma. According to the National Archaeological Museum in Athens, the figure is asexual as it displays no signs of breasts or genitals.

Whether the lack of breasts or genitals is intentional or not remains disputed and may be the result of the challenging process of carving granite without the use of metal tools.

Some scholars argue that it may have been intentional, bearing a message from ancient societies about gender.

“It could depict a human-like figure with a bird-like face or a bird-like entity which has nothing to do with man but with the ideology and symbolism of the Neolithic society,” revealed Katya Manteli, an archaeologist with the museum, in an interview with Reuters.

The bird-like figure is unique since, unlike most Neolithic figures, which were made of soft stone, this one was carved of hard rock despite the lack of metal tools of the time.