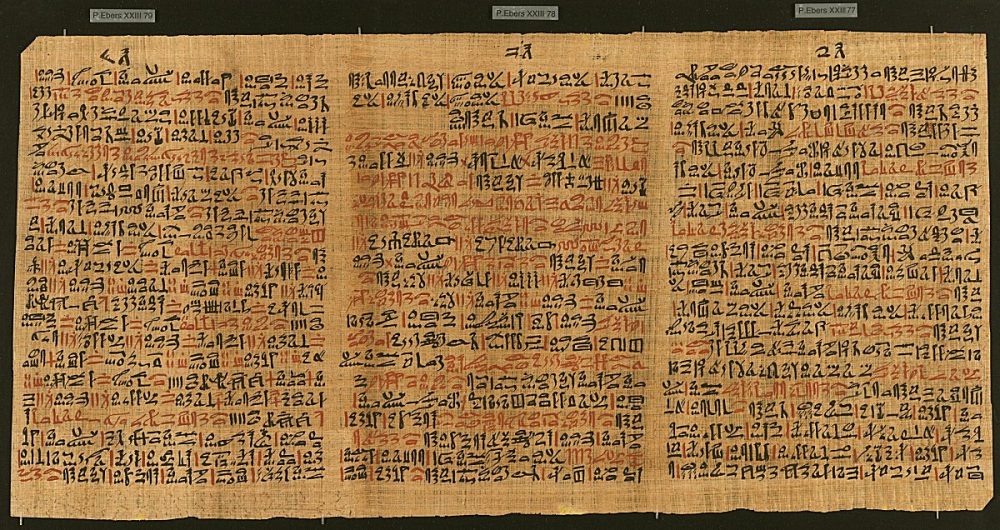 Ancient Egyptian medicine was more advanced than historians believed 200 years ago. The discovery of the Ebers Papyrus changed the entire perception of the medical knowledge of one of the greatest ancient civilizations.

Ancient civilizations never cease to amaze with their knowledge of medicine. Whether we speak of Ayurvedic, Chinese, or ancient Egyptian medicine, it is a mystery how these civilizations had such knowledge and how they were able to perform numerous significant surgeries without modern equipment.

This article will focus on the most important ancient Egyptian medical papyrus called the Ebers papyrus. Perhaps the most influential medical document discovered in history, it has presented us with the opportunity to understand life in the New Kingdom of Egypt or in other words, the most advanced period of the ancient Egyptian civilization.

Numerous medical papyri have been found throughout the years but none of the size of Ebers papyrus which was found around 150 years ago in a collections shop. Quite a curious location for such an artifact but as the story goes, its original location was between the legs of a mummy found in the Theban necropolis.

Anyway, the Ebers papyrus is a scroll with 110 separate pages or papers with a total length of over 20 meters. Within its pages are 700 cures and remedies for health issues of all kinds including mental illnesses.

According to the calendar data given in the scroll, it must have been created during the reign of Amenhotep I. The exact year is a mystery yet to be unfolded since the actual rule of Amenhotep I is largely disputed but we can safely date it around 1550 B.C.

More importantly, certain pages of the papyrus suggest that it was a copy of older scrolls that could potentially go back to the dawn of the Egyptian civilization.

After all, the Ebers papyrus appears to be a collection of the entire medical knowledge of ancient Egyptians, something similar to an encyclopedia. Not to mention that it is perfectly divided into sections addressing various medical conditions.

It includes both traditional and supernatural diagnosis and remedies

Magic was part of the everyday life in Ancient Egypt. Similarly to how we rely on scientifically proven medical treatments, ancient Egyptians had strong beliefs in the power of the gods and spells.

In most cases, doctors were also priests and performed specific spells for each illness. Ancient Egyptians believed prayed to specific gods for their health issues and expected their doctors to perform the correct spells that would summon these gods for help and a cure.

Historians argue over the correct interpretation of the Ebers papyrus

Even 150 years after it was acquainted, historians have not reached an agreement over the correct interpretation of the papyrus. In total, it has been translated 5 times and each following translation has presented them with a completely different medical document.

The major problem with the interpretation comes from the ancient hieratic Egyptian writing that few people understand appropriately. Evidently, numerous translations from the papyrus contradict to the same vocabulary translated in other papyri.

This is the main reason why many historians consider it irrelevant although it has proven to be the most important medical document from Ancient Egypt. Before the Ebers papyrus was discovered, archaeologists had little proof of the medical knowledge of this ancient civilization.