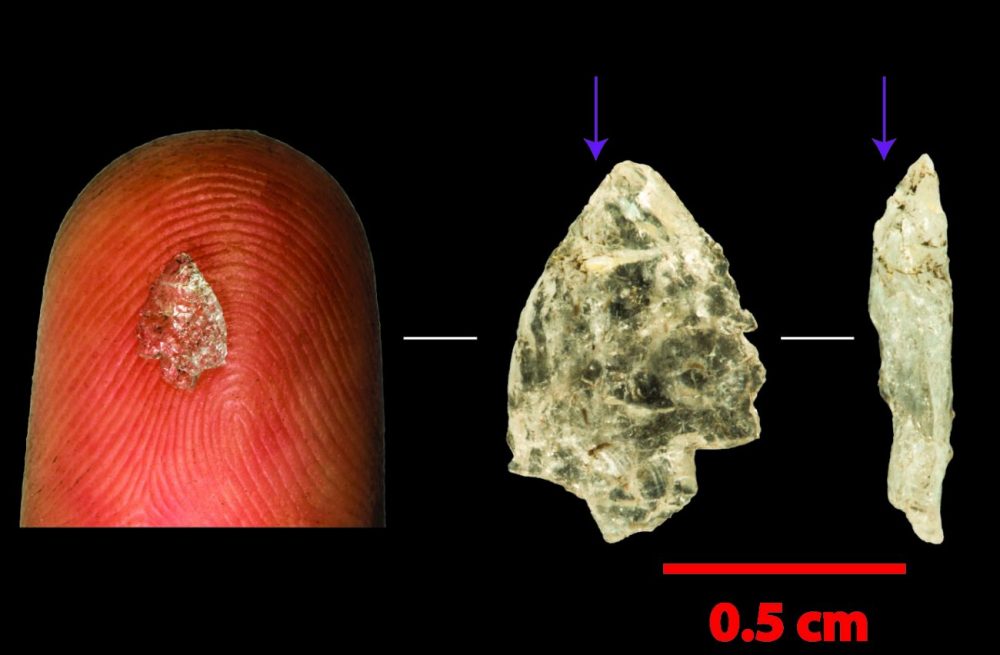 Ancient hominin technology went through as many as three waves of miniaturization, the first of which occurred some 2.6 million years ago.

It is widely accepted among anthropologists that tool making is one of the key behaviors that separated human ancestors from primates.

So, how much did tool making play a role in future human development?

According to a new study, not as much as we thought so before.

The use of tools is not a trademark of mankind. In fact, chimpanzees and macaques are known to make use of rocks to smash open hard objects such as nuts or oyster shells.

From bigger to smaller artifacts

Experts have recently revealed that it was not tool development, but the miniaturization of tools and weapons that set us apart from other hominids.

The new study was based on a number of artifacts, including a miniature sliver of crystal quartz, no larger than a raisin, discovered at Boomplaas Cave in South Africa.

Evidence of stone tools can be found throughout the archaeological record, and many of the tools excavated by archeologists have been found to measure as little as an inch. But they have greatly been omitted until now.

The items discovered in Africa were most likely used by ancient humans o take down small prey such as hares and tortoises, researchers have recently revealed.

The tools and weapons were found to be around 17,000 years old.

The extremely small tool suggests that ancient humans were extremely capable in the production of miniature tools, and can be dubbed masters of aerodynamics.

What is even more surprising is that scientists argue that ancient hominin technology went through as many as three waves of miniaturization, the first of which occurred some 2.6 million years ago.

Interestingly, the development of miniaturization is still present in our society today.

“It’s a need that we’ve been perennially faced with and driven by,” explains lead author Justin Pargeter, an anthropologist at Emory University.

“Miniaturization is the thing that we do.”

And around 2 million years ago, a ‘technological boom‘ took place when ancient humans developed and crafted stone flakes to cut, slice, and pierce items.

In fact, human ancestors were capable of creating weapons and tools so small you could blow it off of your finger.

Pargeter had come across the miniature tool tucked away in a storage room at the Iziko Museum in Cape Town after it was collected with other artifacts from Boomplaas Cave.

“It was diminutive, about the size of a small raisin, and weighed less than half a penny,’ Pargeter said. You could literally blow it off your finger.”

“It suddenly occurred to me that archaeologists may have missed a major component of our stone tool record. In our desire to make “big” discoveries we may have overlooked tiny, but important, details. A whole technology could lay hidden behind our methods, relegated to bags considered waste material,” added Pargeter.