Have you ever seen a UFO? Millions of people worldwide firmly believe they have — at least once in their life — seen a UFO. I have seen lights in the sky that move unlike anything before.

I have witnessed objects float in the sky, hover motionless for minutes, and suddenly disappear into the atmosphere at incredible speed.

But what exactly is a UFO? Does UFO stand for little green man piloting spaceships? Not really. UFO stands for Unidentified Flying Objects, and this means that anything that we cannot identify is flying, and appears to be an object, is technically a UFO.

According to a new video and testimony from a former Customs and Border Patrol (CBP) agent, border defense officials, like US Navy pilots, regularly encounter unexplained aerial phenomena (UAPs), adding to the evidence that there are objects in our sky defying explanation.

The Debrief reports that these encounters have involved objects performing maneuvers beyond conventional aircraft capabilities. The nature and origin of some of these objects have left several veteran pilots and other personnel uncertain about what these objects are.

“It’s not just the Department of Defense running into these things,” revealed Robert ‘Bob’ Thompson, a retired Department of Homeland Security (DHS) agent, in an interview with The Debrief.

“We have guys out there 24/7 with their eyes to the sky looking for smuggling, but they see other stuff. I talked to dozens of agents who all had similar stories of seeing bizarre stuff and having encounters with UAP.”

Thompson, who confessed to a longtime interest in UFOs, realized DHS could provide equally valuable information in studying UAPs after learning about a secret Pentagon program (AATIP) during the 2017 Pentagon budget debate. With this in mind, he began producing an “Issue Paper” to improve reporting and guidance for agents encountering UAPs along the southwest border.

“Tucson Sector Border Patrol (TCA), in conjunction with the Tucson Air and Marine Branch, needs to develop a program to be able to Report, Identify, Catalog, and, if needed; Interdict Unexplained Aerial Phenomena (UAP) that are encountered along the Southwest Border,” Thompson reported in a document, a copy of which was obtained by The Debrief.

Thomspon emphasizes that it is not clearly understood whether or not some of these objects reported by patrol pose a threat to US interests. Therefore, it is of great importance to establish a proper reporting requirement that can serve as an early warning system for emerging threats when combined with technology assets the DHS already has.

The document penned down by Thompson highlighted a February 9, 2021, encounter by the Tucson Police Department’s Air Support unit that encountered an aerial object that “defied known drone/SUAS characteristics.”

The craft, described as a “highly modified drone,” outperformed helicopters operated by both the Tucson Police Department and US Customs and Border Protection, as per The Debrief.

However, the “heavy modified drone” is just one example of the many objects encountered within US airspace.

One of the most interesting “encounters” was captured by an Apache helicopter’s multi-sensor imaging system near midnight on November 6, 2018, approximately 40 miles northwest of Tucson, Arizona.

A number of unknown objects are seen maneuvering in the video in a way no aircraft is known to do. While difficult to distinguish in the video, it initially appears as though the three unknown aircraft are flying in a loose triangular formation.

All three unknown objects near Picacho Peak appear to rotate around one another as if rotating around an invisible axis while maintaining a steady eastward trajectory. While the Apache begins to take off, the unidentified objects continue rotating in an obtuse triangular formation before disappearing from view.

This is one of the first videos taken by a military sensor system showing highly unconventional flight characteristics exhibited by a UAP, despite the encounter lasting only a few seconds.

What a fighter pilot has to say

A former US Air Force fighter pilot, Chris Lehto, said the objects are undoubtedly anomalous in a video call with The Debrief.

“It looks like three definite objects, but at a distance. The first thing that stands out to me is the rate of acceleration,” explained Lehto, who spent 20-years in the Air Force flying F-16s.

Lehto’s analysis of the video filmed by the Apache Helicopter crew provides a plethora of information why the three objects seen in the video are unlikely conventional aircraft made on Earth.

The veteran explains that the object’s acceleration rate does not resemble anything that he had ever seen in his life as a pilot. On the contrary, the objects seem to move faster than anything we would expect to see, even for a high-performance fighter jet such as an F-16 or F/A-18.

But what is perhaps the most striking detail revealed by Lehto is that the rotations performed by the three objects seem to suggest the UAP was not mechanical.

“They change altitudes and headings; it just doesn’t feel like we would fly, like an airplane would fly,” Lehto explained, concluding that based on what he had seen in the video, the objects display characteristics that appear to defy explanation.

As for the circular dance maneuvers, Lehto explained that they were simply impossible based on the unusual circular flight path displayed by the objects near the end of the footage.

Whatever these objects may have been, one thing is for sure; many civilian and government agencies possess “golden UFO material” that can help scientists and experts in their quest to understand what these unidentified flying objects are.

Cooperation between such agencies can change how we study the phenomenon, and sharing material like the video posted above is imperative.

Until then, remember, the truth is out there.

Read the reporting by the Debrief by clicking here. 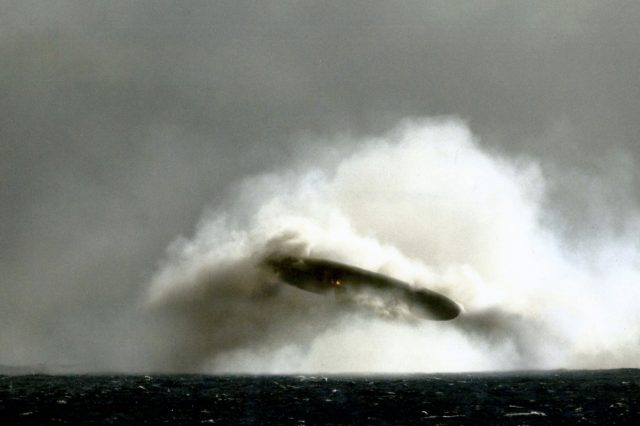 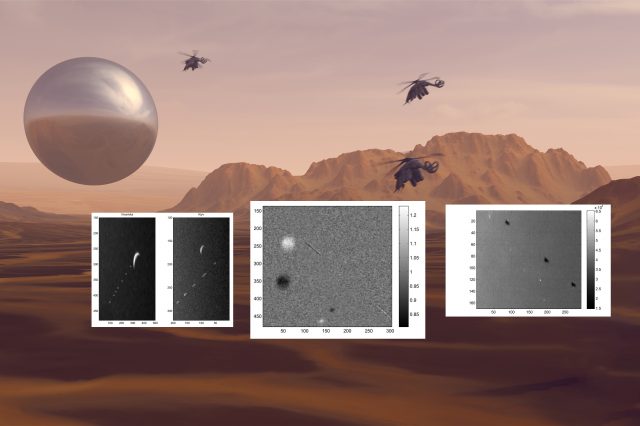 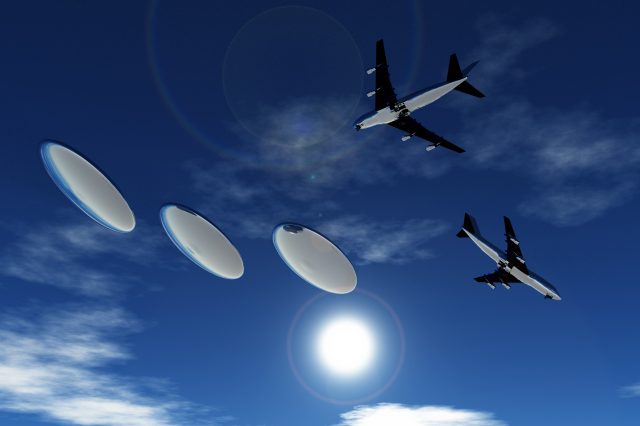