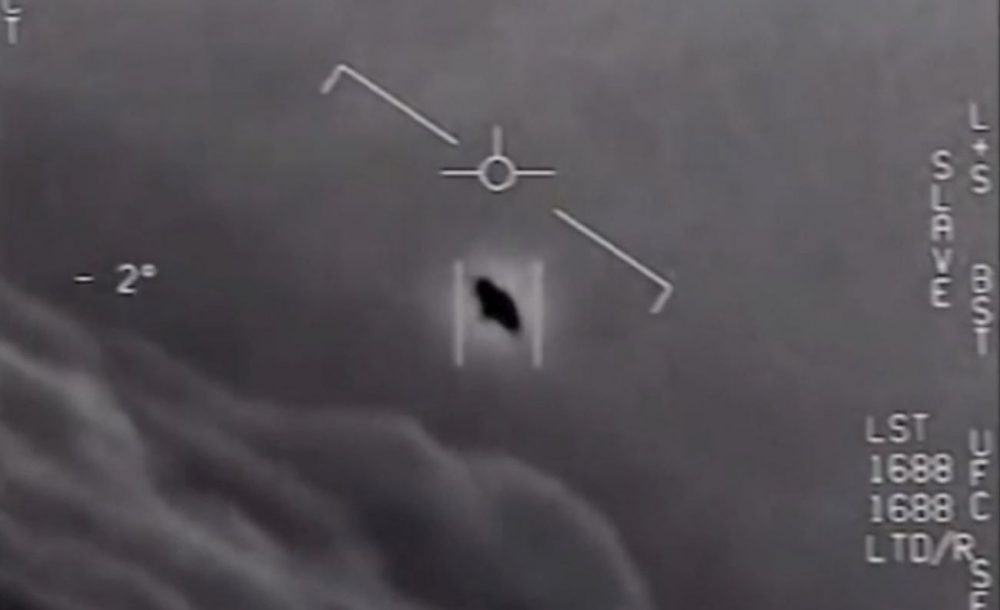 Finally! The US Government has officially declassified 3 UFO videos filmed by Navy pilots.

Three videos of fighter pilots pursuing UFOs, previously released without official permission by an investigative group, have finally been declassified and shared online by the US Navy. Many people argue that the fact that the Navy has declassified the videos confirms what many people have long maintained, that UFOs are real and that the phenomenon has been followed closely by governments around the world.

The footage, captured by Navy pilots several years ago, shows an aircraft with no wings or visible propulsion, moving at supersonic speeds and making incredible maneuvers over the sea. Although this was known since the end of 2017, when the research group To the Stars Academy of Arts and Science (TTSA) published the videos in conjunction with an exclusive to the New York Times about the case, it later emerged that the videos had not been approved for publishing and were not supposed to be seen by the public.

I’m glad the Pentagon is finally releasing this footage, but it only scratches the surface of research and materials available. The U.S. needs to take a serious, scientific look at this and any potential national security implications. The American people deserve to be informed. https://t.co/1XNduvmP0u

Today, the three clips – titled “FLIR,” “GOFAST,” and “GIMBAL” – appeared on the Naval Air Systems Command website, available for download through the Freedom of Information Act ( FOIA). In the videos posted, the U.S. Navy officially acknowledges that the pilots encountered an unidentified aerial phenomenon (UAP), as reported on Military.com.

The three sightings, which took place in November 2004 and January 2015, were recorded by pilots aboard F / A-18 Hornet fighters, after the aircraft carrier USS Nimitz and its escorts, including the USS Princeton, detected with its sophisticated sensors strangely moving in restricted airspace near the California coast.

Defense Department officials decided to upload the videos and recognize them as authentic because “they do not reveal any sensitive capabilities or systems, and do not violate any subsequent investigation of incursions into military airspace by UAPs,” Pentagon spokeswoman Sue Gogh revealed.

To the Stars Academy is an organization founded by former Blink-182 singer Tom DeLonge. It has made a great effort in revealing previously unseen footage and data about Unidentified Flying Objects. The videos the organization shared back in 2017 and 2018 were supposedly cleared and had “been through the official declassification review process of the United States government and approved for public release.”

However, only now were the videos officially declassified. The Navy has still not made it clear what exactly their pilots filmed off the coast of the United States.

Although some people are inclined to believe that the aircraft the Navy pilots pursued and recorded on camera are spacecraft from another world, many people remain skeptical about them, saying that there are greater chances of the unidentified objects being part of a secret government technology that even the Navy had no knowledge of.

While the three declassified videos certainly show that there are things in the skies of our planet that we have no—official—explanation for, alien life continues eluding us.  NASA continues in the hunt for life outside of Earth and good prospects are icy moons within our solar systems such as Europa, or Enceladus. Our neighboring planet Mars may also meet the necessary requirements for life to exist below its surface, although no evidence of it has been found to date.