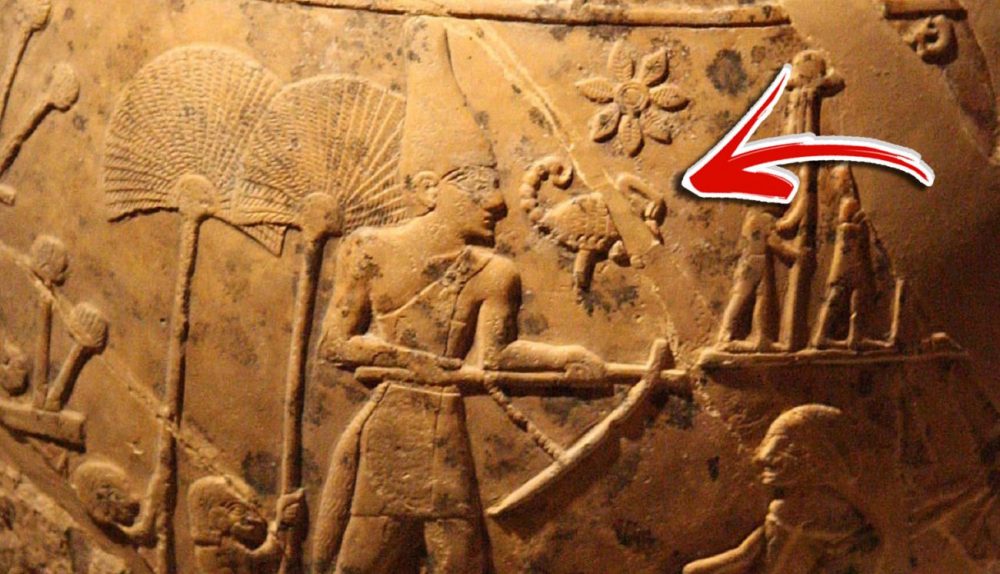 Egypt is a land full of mysteries, legends, and myths that make impossible seem possible.

From mighty pyramids that were built thousands of years ago, legends of Gods walking among people, and how the land of Egypt was ruled by Scorpion Kings.

Luckily, the sands of Egypt have made an excellent job in preserving the history of the land of the pharaohs.

In 1995, researchers Dr. John Coleman Darnell, a Yale Egyptologist, and his wife, Dr. Deborah Darnell discovered at Gebel Tjauti (south-east of Abydos) the ‘Scorpion Tableau‘, an ancient text carved 5.350 years ago in the limestone of a desert in Egypt, that illustrates the victorious rule of a ruler identified as the Scorpion King.

Never miss a news release from the Curiosmos team.
advertisement

His name was written in ancient times as a hawk above a scorpion.

It suggests that more than 5,000 years ago, the Scorpion defeated the King of Naqada, unifying that way Upper Egypt, in a prelude to the unification that would later take place when Upper and Lower Egypt were unified by  Narmer, officially considered the first Egyptian pharaoh.

Researchers say that etched on the tableau at Gebel Tjauti, ancient scribes incised using flint tools figures and symbols that seem to depict the procession of a ruler returning to the city of Abydos after defeating a rival leader, Naqada.

A falcon is clearly drawn above a scorpion.

Researchers say that the falcon symbol is a standard depiction for the god Horus, and the name Horus is, in turn, another word used to describe a king in Egyptian history.

So, experts say that the subject depicted on the tableau is believed to be no other than the King Scorpion, or the Scorpion King once assumed to be a mythic ruler of ancient Egypt.

The Scorpion King is considered the ruler who greatly contributed towards the creation of ancient Egypt, a land that would later be unified by Narmer.

Narmer was an ancient Egyptian king of the Early Dynastic Period, and scholars agree that Narmer probably was the successor to the Protodynastic king Ka, or possibly Scorpion.

Some consider him the unifier of Egypt and founder of the First Dynasty, and in turn the first king of a unified Egypt.

However, there is a great dispute surrounding this historical figure.

There are several theories debating his identity and true chronological position in the history of ancient Egypt.

Some Egyptologists, such as Bernadette Menu, argue that, because Egyptian kings of the First Dynasty seem to have had multiple names, Scorpion was the same person as Narmer, simply with an alternative name, or additional title.

Other researchers, including T. H. Wilkinson, Renée Friedman as well as Bruce Trigger, believe king Scorpion II was the ‘Gegenkönig’ (opponent ruler) of Narmer and Ka.

At the time of Scorpion II, the lands of Egypt were divided into several minor kingdoms that were fighting each other for greater territory.

It is thought that Narmer may have simply conquered the realms of Ka and Scorpion II, therefore unifying the lands of Egypt for the first time.

The exact resting place of the Scorpion King continues to elude experts.

There are two tombs that are both seen as prominent candidates. The first one is dubbed Tomb B50 and is located at Umm el-Qa’ab (close to Abydos).

It is a quadratic chamber divided into four rooms by a cross-shaped mud wall.

Several ivory tags with scorpion figures have been excavated at the tomb.

The second potential tomb is one located at Hierakonpolis and is dubbed Tomb HK6-1.

It measures 3.5 m × 6.5 m, has a depth of 2.5 m, and is strengthened with mud.  several ivory tags with scorpion figures were found there as well.