One leading theory suggests the circular structures were astronomical observatories.

Owning a drone is pretty awesome. Although I sold my DJI model a year ago and haven’t purchased a new one, I love flying drones, probably because I love photography. Not only can you snap some seriously amazing images, but a drone is also a perfect tool to explore the world if you learn how to use it adequately and responsibly.

Archaeology and technology have proven to work together pretty well in recent years. LiDAR, for example, has helped archeologists explore and discover sites that are inaccessible or invisible to the naked eye.

But in addition to LiDAR, archeologists have more tools to make use of.

One such tool are drones, and a recent study by Dartmouth College has proven that. A recent drone survey in Kansas saw scientists use multisensory drones to explore an area of land and geological features of what could be the remnants of the ancient city of Etzanoa and a series of ancestral earthworks. Drones identified circular structures that may have been ancient astronomical observatories.

Archaeologists speculate that the site (Etzanoa) was visited in 1601 by a Spanish expedition, led by Juan de Oñate, who called it a ‘great settlement’. The earthwork may also be the remnants of a so-called “council circle”, as it is similar to several other circular earthworks in the region, according to study findings published in American Antiquity.

“Our findings demonstrate that undiscovered monumental earthworks may still exist in the Great Plains. You just need a different archeological approach to recognize them,” explained lead author, Jesse J. Casana, a professor and chair of the department of anthropology at Dartmouth.

“Our results are promising in suggesting that there may be many other impressive archaeological features that have not yet been documented if we look hard enough,” he added.

The drone survey revealed several archaeological features, many of which were revealed thanks to a difference in temperature.

After the ground cools overnight, things that are located beneath it cool and give off heat at different rates, allowing researchers to identify characteristics based on thermal infrared radiation. The researchers obtained thermal and multispectral images of the site using the drones, which allowed them to cover a larger distance and get a better view of what was located beneath the surface.

Over the course of the centuries, the area changed drastically. The 18-hectare area where the survey took place is currently home to a ranch property which has been used as pasture.

Topographically, the area is flat with no visible archaeological features. However, the images show that there are secrets hidden beneath the surface. One of the more prominent features is a circular ditch measuring 50 meters wide and about 2 meters thick that has been filled in.

As the soil erodes, it fills the trench with a different type of soil than before and therefore holds water differently, giving it unique thermal properties. Water retention levels also affect vegetation and how the meadow grows.

Using near-infrared imaging,  researchers were able to identify areas that had been filled in because the grass growth was more vigorous. As the study reports, the results provide evidence for what may have been a “unique and expanding population center” in its day.

But obtaining thermal views of the area was not enough. Scientists needed to make sure that what they had discovered was not an anomaly.

Scientists, therefore, compiled a timeline of aerial and satellite images of the area from the US Department of Agriculture and other federal agencies. They found that the circular feature was “slightly visible in June 2015 and July 2017, but not in June 2012 or February 2017.”

Whatever the case, the discovery surely is exciting as it offers an unprecedented insight into the lives of people living in the area hundreds of years ago.

The finding also helps scientists understand what to look for in other archeological sites, as well as develop better technologies that can help expand the way drones are used for archeological purposes. 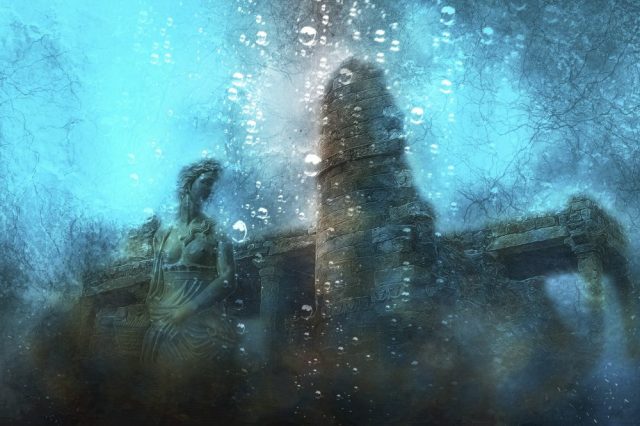