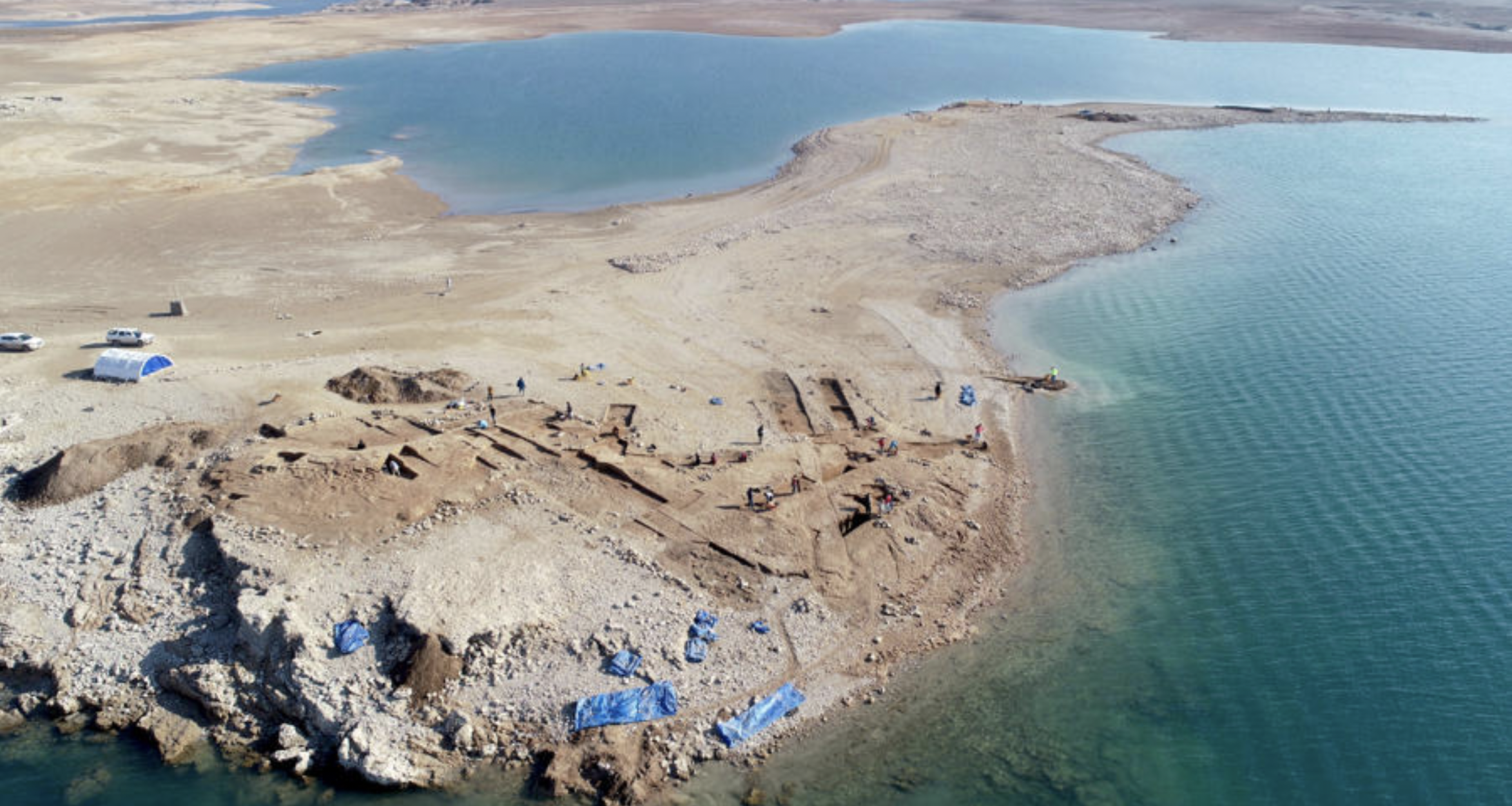 Researchers discovered and documented extensive fortification with walls and towers, a multi-story monumental storage building, and an industrial complex were discovered along with a palace. The walls which are surprisingly well-preserved rise several meters into the air.

A long-lost ancient city has reemerged from the waters of the Tigris River as a result of massive droughts that have struck Iraq and its surrounding regions for several months.

German and Kurdish archaeologists discovered the remnants of the sunken city as the river receded. Initial data suggests the city dates back to at least 3,400 years ago, which would suggest it is a Mittani Empire-era city.

A team of German and Kurdish archaeologists has discovered a 3,400-year-old Mittani Empire-era city that was once located on the Tigris River in the Kurdistan region of Iraq. Water levels in the Mosul reservoir dropped rapidly due to a severe drought in Iraq earlier this year, resulting in the discovery of the settlement.

This large city may represent the ancient city of Zakhiku, believed to be an important center during the Mittani Empire (1550-1350 BC).

The climate in Iraq has been changing significantly over the past decade, in particular, the south of the country has been experiencing severe drought.

Since December 2021, Iraq’s most important water storage reservoir, the Mosul reservoir, has been drained of water so that crops do not dry out. This led to the discovery of a Bronze Age city that had been submerged decades earlier without any prior archaeological investigation.

As a result of this unforeseen development, archaeologists were suddenly under the pressure of excavating and documenting parts of this vital and massive city as soon as possible before it submerged again.

Because it was unclear when the reservoir’s water would rise again, the German-Kurdish archaeological team prepared as quickly as possible to document the lost city. Rescue expeditions were underway within days.

The Fritz Thyssen Foundation provided short-term funding for the project through the University of Freiburg. The researchers were able to map the city quite fast.

An extensive fortification with walls and towers, a multi-story monumental storage building, and an industrial complex were discovered along with the palace, which was documented during a brief campaign in 2018. In ancient times, much of northern Mesopotamia and Syria was controlled by the Mittani Empire.

“The huge magazine building is of particular importance because enormous quantities of goods must have been stored in it, probably brought from all over the region,” says Ivana Puljiz. Hasan Qasim concludes, “The excavation results show that the site was an important center in the Mittani Empire.”

Even though the walls were constructed with sun-dried mud bricks and were submerged for more than 40 years, they are in incredible condition.

A major earthquake around 1350 BC caused the upper parts of the walls of the city to collapse and bury the buildings, thus preserving their good condition. A discovery of more than 100 cuneiform tablets in five ceramic vessels is of particular interest.

The artifacts date to the Middle Assyrian period, shortly after an earthquake devastated the city.

Some clay tablets are still in their clay envelopes. This discovery may be able to clarify important details about the end of the Mittani period city and the beginnings of Assyrian rule in the region.

“It is close to a miracle that cuneiform tablets made of unfired clay survived so many decades underwater,” Peter Pfälzner revealed.

The Gerda Henkel Foundation funded an extensive conservation project to protect the important site from further damage caused by rising water. As part of this project, the excavated buildings were completely covered with plastic sheeting and gravel fill. In times of flooding, this will protect the ruins and any unfired clay walls still present. As of writing, the ancient city is now once again completely submerged.