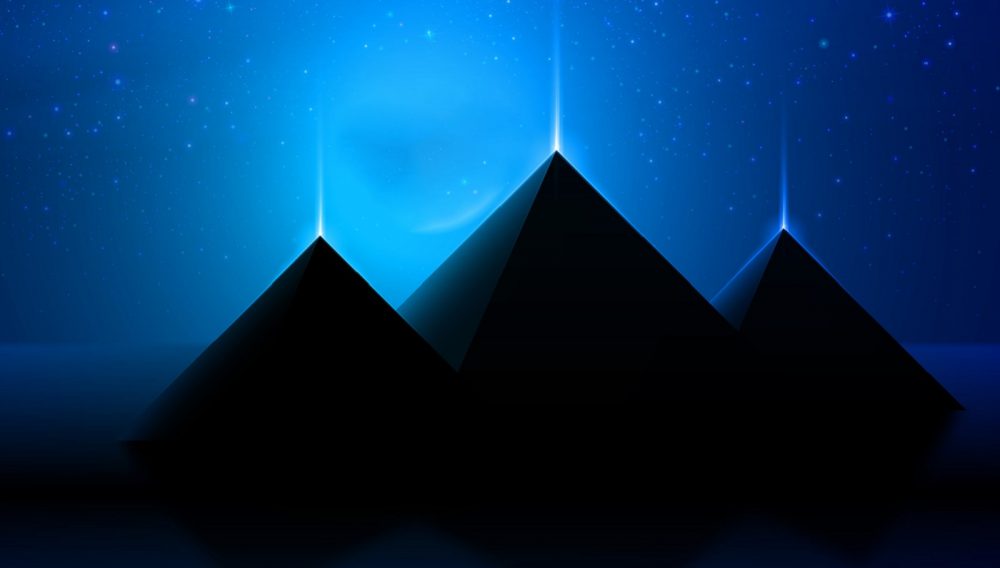 The Pyramids at Giza are unquestionably the most iconic pyramids in the world. Not because they are the largest or oldest, but because we identify pyramids with Egypt.

That’s how it was when I was a kid, and it continues to be that way today.

More than 100 pyramids have been cataloged across Egypt.

The largest pyramids are the imposing structures built on the Giza plateau. Some of the oldest Egyptian pyramids are found near Saqqara. But Saqqara and Cairo aren’t the only places where the ancient Egyptians built pyramids.

In fact, Egypt has lots of other pyramids.

Here we have three of the most impressible, lesser-known pyramids of ancient Egypt.

A pyramid that not many have heard of, but nonetheless an important one.

Built between 2494 and 2487 BC, the pyramid of Userkaf, founder of Egypt’s Fifth Dynasty stands today in ruins at the Saqqara archeological complex.

Its name El-Haram el-Maharbish translates directly as Heap of Stone, but the pyramid is more than just a heap of stone and sand.

The pyramid is much more important than what many known.

In fact, it was a pyramid that sort-of influenced later pyramid building. Userkafs pyramid is a demonstration of the profound transformations in the philosophy of royalty that took place between the 4th and 5th dynasties. This pyramid introduced later builders with a north-south axis of orientation instead of an east-west one, as well as the construction of a small shrine outside the pyramid. The high temple is located south of the main pyramid and its structures are turned away from it

1,500 years after the pyramid was built, Rameses II reconstructed it and used it as a cemetery.

The entrance to the pyramid was rediscovered in 1831, but it was nearly a decade after that the first archeological mission entered it.

Another pyramid of great importance is that of Pharaoh Neferirkare, the third king of the Fifth Dynasty.

Neferirkare commissioned a pyramid for himself in the royal necropolis of Abusir, called Ba-Neferirkare meaning “Neferirkare is a Ba”. Strangely, the monument was intended as a step pyramid. Archeologists say that this was an extremely unusual choice for a Fifth Dynasty king because the era of step pyramids ended with the Third Dynasty, around 120 years earlier.

The original pyramids plan was revised and the monument was eventually turned into a true pyramid, the largest in Abusir. However, the pyramid was not completed during the life of Pharaoh Neferirkare, but by is successors. Although in ruins, the pyramid is so massive that it continues towering over the Abusir necropolis. The pyramid is roughly the same size as the Pyramid of Menkaure.

The pyramid construction involved three stages: archeologists claim that first, the ancients built six steps of rubble, as well as walls made of locally quarried limestone. This is evidence that the ancient monument was originally planned to be a step pyramid.

Had the pyramid been left as a step pyramid, it would have been a structure 52 m (171 ft) in height.

However, the plan was altered in a second construction phase that saw the builders add filling between the steps, eventually turning the step pyramid into a true pyramid.

But apparently the pyramid wasn’t large enough, so a third stage saw builders enlarge the pyramid further, attaching a girdle of masonry and smooth casing stones of red granite. The Third phase was never finished.

The pyramid itself may not be as important as to what archeologists discovered next to it: an extensive ancient collection of papyri dubbed as the Abusir Papyri.

These are important for two main reasons. 1) They represent the earliest known examples of Egyptian hieratic script. 2) The papyri contain unprecedented information about the administration of the Pyramid and the duties of ancient priests.

As noted by French Egyptologist Nicolas Grimal “[t]his was the most important known collection of papyri from the Old Kingdom until the 1982 expedition of the Egyptological Institute of the University of Prague discovered an even richer cache in a storeroom of the nearby mortuary temple of Neferefre.”

The Pyramid of Unas

Another extremely important ancient pyramid is that of Pharaoh Unas.

The pyramid of Unas, a smooth-sided pyramid, is thought to have been built in the 24th century.

Despite being the smallest of the Old Kingdom Pyramids, it is one of the most important ones in history. It was precisely there where archaeologists discovered the so-called Pyramid Texts, a series of spells and incantations entered into the wall of the pyramids subterranean chambers and tunnels. The pyramid’s interior features 283 ancient Egyptian spells.

Pharaoh Unas changed how pyramids were used, and the Pyramid of Unas is evidence of the first inscription of funerary texts inside a pyramid. This was later carried on to subsequent rulers.

The Pyramid of Unas stands in North Saqqara. The pyramid’s subterranean chambers remained a mystery until they were explored in 1881 by Gaston Maspero. According to archeologists, the 283 spells found within Unas’s pyramid represent the oldest, smallest and the best-preserved collection of religious writing dating back to the Old Kingdom.

Their function was found to be of great importance. The spells are thought to have guided the pharaoh through the eternal life, ensuring his continued survival even if the funerary cult stopped functioning.

The oldest of the Pyramid texts are believed to date back to circa 2400–2300 BC. The pyramid texts were reserved only for the pharaoh and were not illustrated, unlike the later Coffin Texts and Book of the Dead. To date, Pyramid texts have been found by archeologists in 11 different pyramids ranging from the Fourth Dynasty of ancient Egypt to the Seventh Dynasty, circa 2109–2107 BC.

The following example comes from the pyramid of Unas. Utterance 213: