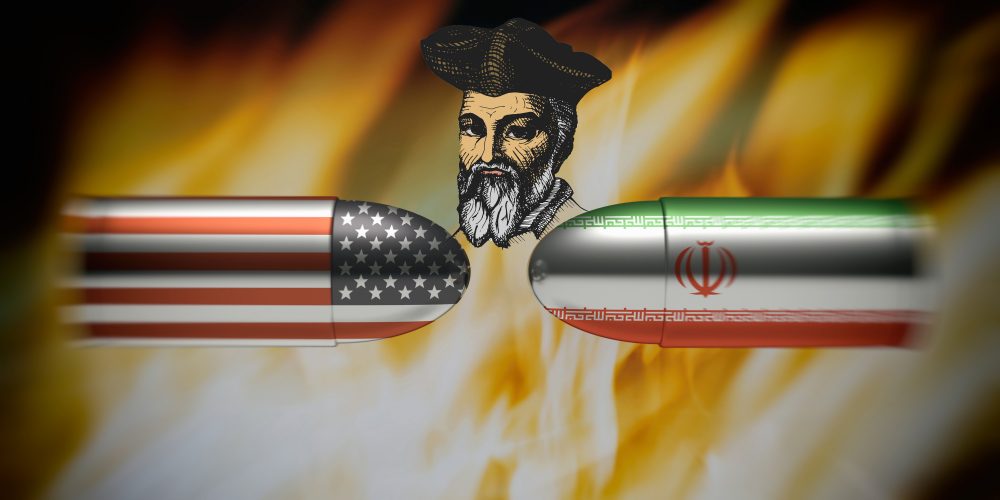 "...In the city of God, there will be a great thunder. Two brothers torn apart by Chaos while the fortress endures. The great leader will succumb The third big war will begin when the big city is burning..."

Once the news about the US air attack that ended the life of Iranian General Qasem Soleimani at Baghdad International Airport became known across the world, thousands of Twitter users began to compare this international incident with a supposed prophecy written hundreds of years ago by Nostradamus.

The great man will be struck down in the day by a thunderbolt. An evil deed, foretold by the bearer of a petition.

Born in 1503, Nostradamus was a French astrologer, physician, and reputable prophet, best known for his book Les Prophéties (The Prophecies); a collection of 942 quatrains that allegedly seemed to predict countless events of the future.

His book was published for the first time in 1555, and ever since, his work has attracted many supporters who claim the French astrologer was able to accurately predict major events of the future.

Nostradamus’ passionate supporters credit the French mystic with prophesying many of the world’s most significant events, penne in mystic quatrains on purpose.

Despite having countless followers who have remained faithful to Nostradamus and his work, skeptics argue that what Nostradamus penned down in his book Les Prophéties (The Prophecies) has nothing to do with the future.

What did Nostradamus predict correctly?

It has been maintained that, among many major historical events, Nostradamus predicted the rise of Hitler, the terror attacks on the United States on 9/11, the French Revolution, the Apollo Moon Landing, the disastrous atomic bomb as well as the Great Fire of London.

Here are a few examples:

In the above paragraph, it is believed that Nostradamus is making reference to the Astronauts traveling to the Moon; also known as Luna in Latin.

As Nostradamus penned down, the astronauts were captured on film as the moon landing was recorded for the entire world to see.

What Nostradamus said could happen in 2020

Furthermore, Nostradamus is also said to have foreseen that in 2020, an important monarch will leave the throne. People believe that this may be in reference to Queen Elizabeth II of the United Kingdom since there have already been theories suggesting the Queen is looking to leave the throne and passing it on to her son Prince Charles.

In addition to the above, the French seer may have foreseen the terrible consequences of global warming many hundred years ago. It is argued that for 2020, Nostradamus predicted an abrupt rise in global sea levels as well. It is argued that embedded within his cryptic quatrains, the French seer foresaw how ice in Antarctica would melt abruptly, causing global sea levels to rise dangerously.

But among the more intriguing prophecies for 2020, Nostradamus’ vivid followers argue he managed to predict a third, major global conflict. In other words, people argue that Nostradamus may have predicted that in the year 2020, World War III would take place.

Nostradamus supposedly wrote:  “In the city of God, there will be a great thunder. Two brothers torn apart by Chaos while the fortress endures. The great leader will succumb The third big war will begin when the big city is burning.” This quatrain is supposedly interpreted as a possible new World War.

Tensions in the Middle East

Among Nostradamus’ followers are people who believe that 2020 could be the year when a new world war will take place. Tensions in the Middle East are especially high after US President Donald Trump ordered an airstrike on Iran’s Major General Qassem Soleimani.

The strike was supposedly meant to head off an imminent attack on Americans. The strike occurred without congressional approval or debate.

According to a statement issued by the Pentagon, the strike was meant to deter future Iranian attack plans:

“At the direction of the President, the US military has taken decisive defensive action to protect US personnel abroad by killing Qasem Soleimani, who was actively developing plans to attack American diplomats and service members in Iraq and throughout the region.”

The airstrike is precisely what could lead to a global conflict say, experts. Even if it was an attempt to disrupt a potential terror threat, Iran’s Supreme Leader Ayatollah Khamenei has vowed “forceful revenge” in retaliation for the attack.

Nostradamus also penned down in one of his quatrains another–perhaps worrying– prophecy that could be related to a major global conflict:

“Twice put up and twice cast down, the East will also weaken the West. Its adversary after several battles chased by sea will fail at time of need. The great man will be struck down in the day by a thunderbolt. An evil deed, foretold by the bearer of a petition. According to the prediction another falls at night time. Conflict at Reims, London, and pestilence in Tuscany.”

The French seer is thought to have also predicted a battle at sunset:

Shortly before sun set, battle is engaged. A great nation is uncertain. Overcome, the sea port makes no answer, the bridge and the grave both in foreign places.

Despite the alleged prophecies that Nostradamus is said to have accurately predicted, many people remain skeptical about the ability of Nostradamus to foresee the future, with many people arguing that his prophecies are no more than mistranslations or misinterpretations.

Skeptics argue that his writings have been exploited in several fallacious ways. It is claimed that the alleged prophecies by Nostradamus are no more than re-interpretations that have been fittingly and accordingly been adjusted to our times in order to fit a historical event retrospectively.

Whether or not Nostradamus actually managed to somehow predict major future events comes down to a personal point of view. Let’s hope that for the future of our planet, he was wrong when he predicted World War III. 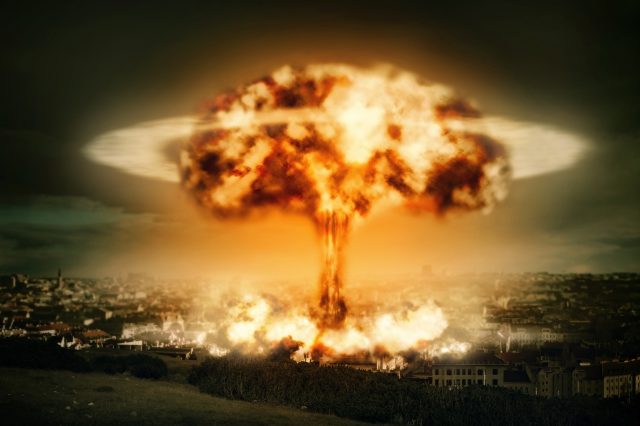 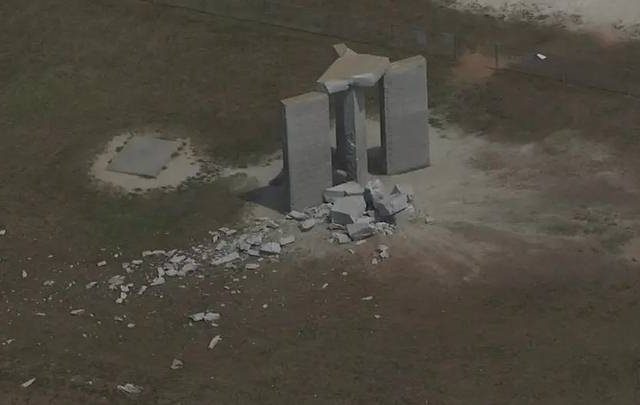