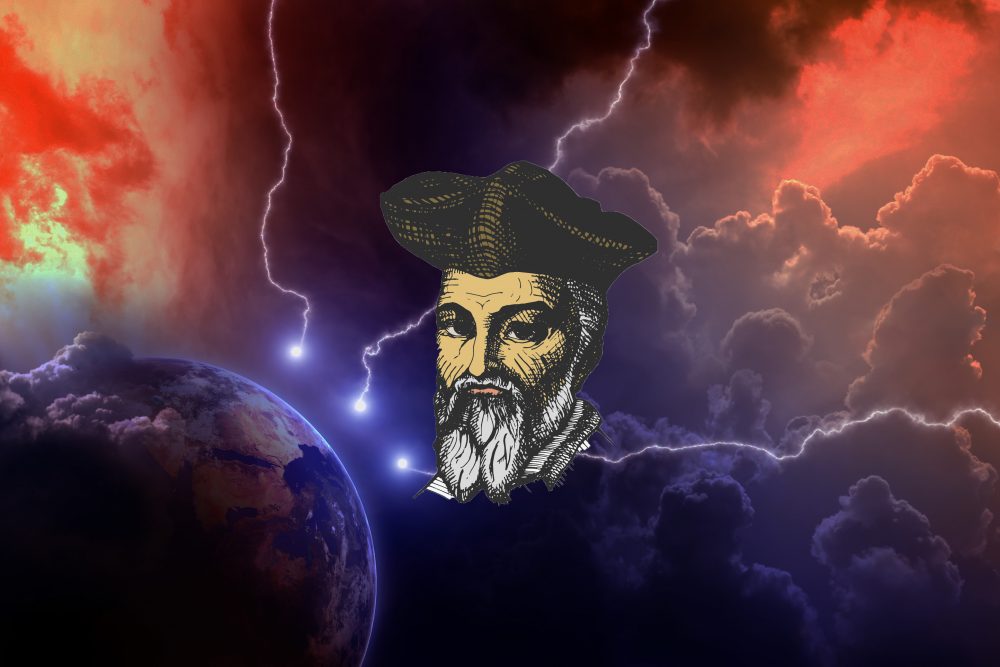 Here are the alleged predictions for the year 2020 made by Nostradamus and Baba Vanga.

Nostradamus and Baba Vanga are two of the most famous and well-known seers of the future the world has even see. These two people–who lived during different periods in history–are reportedly chillingly successful with their predictions of the future.

Now that a new year is nearly upon us, we take a look at what Nostradamus and Baba Vanga have foretold for the new year. This way, if something they predicted does actually come true, it won’t take us by surprise, right?

First up is Nostradamus, the oldest and most famous of all alleged seers. This may who lived in the 15th century is said to have accurately predicted not only the rise of Adolf Hitler but the catastrophic Hiroshima and Nagasaki atomic bombs. He is also thought to have predicted the assassination of John F. Kennedy and Bobby Kennedy among other things:

The Moon landing is another example.

In the above quatrain, Nostradamus is believed to have made reference to the Astronauts traveling to the moon; Luna. He, as Nostradamus writes, the astronaut was captured on film, as the moon landing was recorded for the whole world to see.

For the coming year, 2020, the French physician and astrologer foresaw that serious natural events, surprising political movements and scientific advances will take place.

Let’s see which ones he manages to foresee.

Storms, hurricanes, and tornados: Unusual natural disasters would occur in 2020. The prophecies predict that there could be a record of storms that will become devastating hurricanes. In the United States, the strongest tornadoes ever recorded in history will take place in 2020.

The alleged seer supposedly predicted that an important monarch will leave his or her post. It is not known whether it will be because he or she abdicates or dies. In this case, the prediction is related to Queen Elizabeth II of the United Kingdom, since there has already been talked about that the Queen would consider leaving the throne and passing it on to her son, Prince Charles.

Nostradamus is also believed to have made reference to a President being “forced from his or her post”. In this case, the followers of Nostradamus’ work argue it will be either Lim Jong-Un or American President Donald Trump against who an Impeachment inquiry has been raised.

Some even say the French seer was able to predict a third, major global conflict.

Nostradamus supposedly wrote:  “In the city of God, there will be a great thunder. Two brothers torn apart by Chaos while the fortress endures. The great leader will succumb The third big war will begin when the big city is burning.” This quatrain is supposedly interpreted as a possible new World War. WWIII?

Born Michel de Nostradame, December 14 or 21, the French seer is more commonly known as Nostradamus. He was a doctor, theurgist, and astrologer of Jewish origin, and is considered one of the most renowned prophets to ever live on Earth. His supposed predictions of the future “Les Prophéties” were penned down and published in 1555, containing as many as 353 quatrains.

The second prophet who is thought to have predicted history-changing things for 2020 comes from Bulgaria and is recognized as “the Nostradamus of the Balkans.”

We are talking about Baba Vanga, the legendary prophet who died in 1996, but is thought to have predicted a number of important things such as the terror attacks of 9/11, the catastrophic Tsunami that struck Indonesia in 2004, as well as the rise of the terror group known as ISIS.

For 2020, Baba Vanga is believed to have predicted the following events.

In 2020, Vanga supposedly saw how the lives of two important world leaders will be endangered.

Many point out that these leaders are the current presidents of two world powers: Vladimir Putin and Donald Trump. In the case of the Russian president, his life will be endangered due to an attempted organized murder attempt from inside the Kremlin itself. Meanwhile, the American president will supposedly be afflicted by a mysterious disease.

Baba Vanga who foresaw the rise of ISIS is also believed to have predicted that 2020 will see Europe being attacked by extremist groups from the Middle East.

Just like Nostradamus, Baba Vanga is though to have predicted a number of natural disasters in 2020.

In addition to that, Vanga predicted how meteorite will crash somewhere in Russia.

Furthermore, tsunamis and earthquakes will strike the Asian continent.

The Bulgarian prophet is also believed to have predicted that the UK will successfully leave the European Union, but soon after that, a massive economic crisis will change the continent forever.

Those who have come to interpret her prophecies argue that Pakistan, China, Japan, and Alaska will be hit by a large water surge in 2020 which will be directly connected to global warming.

Baba Vanga supposedly foresaw how Asia will be struck by a powerful 7.5 magnitude earhquake.

Those who have followed Baba Vanga’s predictions pf the future claim that as many as 69 percent of her prophecies are accurate predictions of future events.