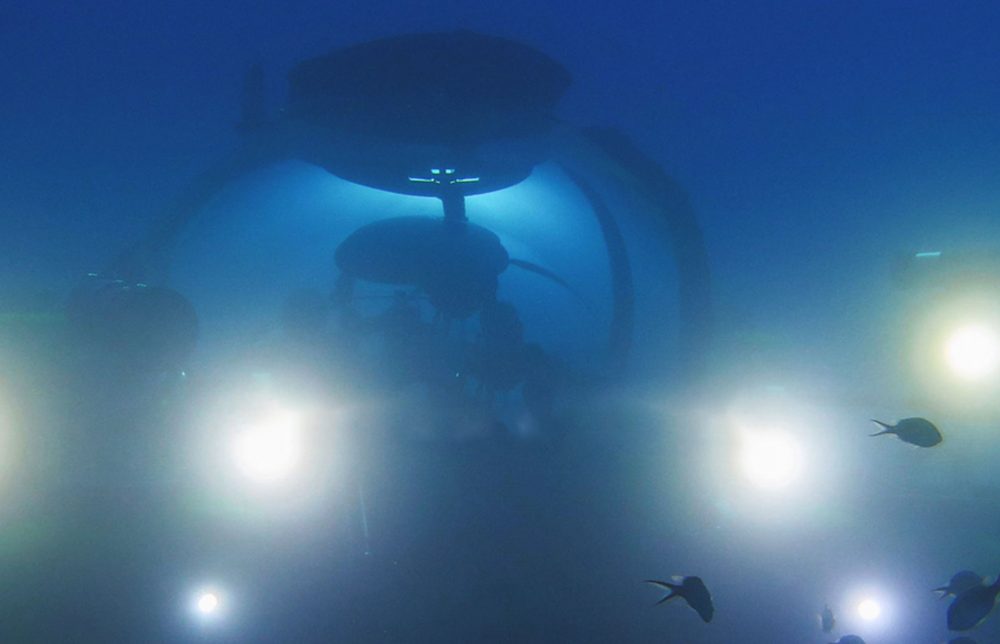 National Geographic director of underwater photography, and member of OceanX has revealed in a recently published video he has encountered 'underwater aliens' that were much more advanced than humans.

The UFO subject has become an entirely liberal one in the last few months.

Never before have people had the freedom to speak out about Unidentified Flying Objects, Close Encounters, and potential alien sightings on Earth.

A Subject that was once deeply shrouded in a conspiracy has now become the subject of study not only for science but also for the military and governments worldwide.

Pilots have described the objects they’ve encountered in the air as “unlike anything they’ve ever seen.”

But stories about aliens and UFOs don’t seem to plan on stopping anytime soon.

Now, it has been reported by the IBT that a Nat Geo photographer and member of the OceanX team has encountered underwater aliens during his diving assignments.

According to the photographer, the alien beings resemble stingrays, although they appear much more advanced than humans.

This is according to Luis Lamar, National Geographic’s director of underwater photography and member of OceanX.

According to his website, the underwater photographer “has sent robotic camera systems into one of the deepest ocean trenches on earth & he has logged hundreds of hours in crewed submarines, including on five expeditions with the U.S. Navy’s deepest-diving manned research submersible ALVIN, diving beyond 12,000 feet deep in the abyss to photograph environments at the edges of the ocean frontier.”

Lamar’s claims were presented in a short video made by his company, where the underwater photographer speaks about the different lifeforms he has encountered beneath the surface.

And while describing the numerous strange marine species he saw beneath the ocean, he discussed encountering what appeared to be alien beings, much more advanced than humans.

“Sharks in a frenzy, Orcas swarming all around me,” the underwater photographer continued.

“Some sort of, you know, hyper-advanced aquatic alien creatures inhabiting the shallow waters, which almost look like stingrays.”

But although he has faced many ‘terrifying’ creatures while cataloging the beauties of our oceans, Lamar still argues the oceans are an incredible place to explore and be in.

But the claims made by Lamar are the first encounters.

In fact, a report released in January of 2019 suggested that the United States Nuclear Submarines have had their fair share of encounters with 0unidentified submerged objects, also known as USOs.

The report, released by the War Zone details encounters of US Navy personnel with Unidentified Submerged Objects.

As detailed in the report, one encounter reveals how an attack submarine patrolling the North Atlantic picked up a fast-moving object in the water.

Although the military personnel could not identify the object, the report does suggest whatever it was. It was moving through the water at a speed of several hundred knots.

In 2018, it was reported that a shipwreck explorer and star of Discovery Channel’s documentary series “Cooper’s Treasure,” Darrel Miklos, encountered the crashed remains of an Alien spaceship inside the infamous Bermuda Triangle.

Using maps drawn by former NASA Astronaut Gordon Cooper to identify magnetic anomalies, Miklos has been hunting for shipwrecks in the Caribbean.

It was revealed that during one particular dive in the Bahamas, the Discovery Channel explorer came across a massive unidentified submerged object.

Speaking to the Daily Mail, Miklos revealed: “It was a formation unlike anything I’ve ever seen related to shipwreck material, it was too big for that.”