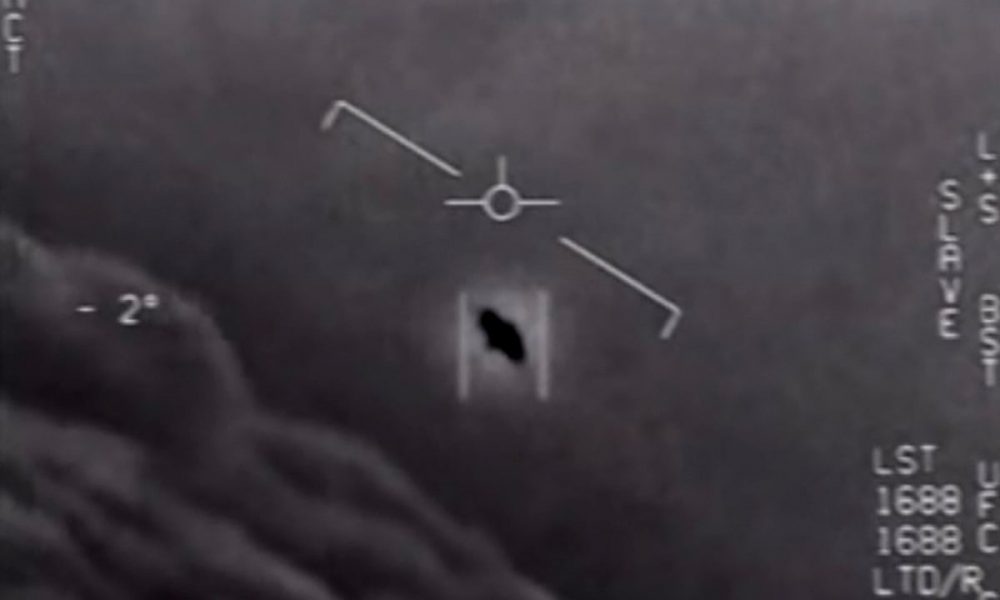 New information about the legendary Tic Tac UFO from the actual pilot who filmed it.

Jeremy Corbell, the well-known UFO enthusiast and filmmaker, has published his long-anticipated interview with Commander Chad Underwood, the man who filmed the legendary Tic Tac UFO back in 2004. The original video, which is perhaps the most famous UFO footage to date, has been officially confirmed by the U.S. Government.

If you want to watch the entire 25-minute interview, it is linked right below. If you prefer to save time, continue reading our summary of the most important details that were discussed throughout the video.

The legendary Tic Tac UFO: What did we learn from the latest interview?

1. Corbell began with a question about the curious name of the object – the Tic Tac UFO. Commander Underwood provided a detailed answer on his choice of a name explaining that he was asked to describe the object as soon as he landed after the sighting. He explained that he is not a person who takes too many things too seriously but he had to show some seriousness about the incident. And since the object was elongated and entirely featureless, he likened it to a Tic Tac. Little did he know that this would become the official name for the UFO or that it would still be talked about in the media almost 17 years later.

2. Next up, Commander Underwood explained the footage he had collected. He had two 8mm tapes, one for the right and one for the left screen on the fighter plane that included both the footage that has now been made public and radar footage that has not yet been released. Interestingly, Commander Underwood explained that the public would likely not see the radar footage for a long time despite seeing the actual video of the Tic Tac UFO.

3. He explained that this is unlikely to happen because radar data can be exploited by enemies if they see the figures and data on the screen. Still, he mentioned what we would see if this footage was ever to be released.

4. Once he saw the Tic Tac UFO on his radar and locked his systems on that single target, this is when it became serious and even more unexpected. Commander Underwood mentioned that he immediately realized that his weapons systems were being offensively jammed and in normal conditions, this would be considered an act of war.

5. Next up, he described the Tic Tac UFO video that we have all now seen and how it ends up with the object suddenly moving on the left. Commander Underwood explained that this was not his maneuver but something that the UFO did unexpectedly and something that a normal military or civilian aircraft would not do.

6. Once the object moved left, it disappeared from his radar. He immediately contacted the control center for more information about the object’s current location since his plane had limited radar capabilities. To his surprise, he was told that there was a negative radar contact meaning that the object was completely gone.

7. He also attempted to follow the Tic Tac UFO to the left but he could not find it again. This means that the object shot off with beyond supersonic speed or at least, with a speed that was impossible for the most advanced fighter planes in 2004.

8. Furthermore, Commander Underwood explained that the object showed no characteristics of traditional propulsions. This means that he could not tell what kind of an aircraft it is or how it moved exactly despite the short distance. There were no signs or distinctive features that would reveal anything. All in all, he says he has no idea what he saw on that day.

9. Even in 2021, this advanced tech does not yet exist in any military around the world. The capabilities of the Tic Tac UFO outmatch even the latest military fighters today and the encounter happened almost 17 years ago. Commander Underwood confirmed that the object was classified Black Project technology which means that it was not American.

10. Like most other UFO incidents in recent years, the Tic Tac UFO remains an unsolved mystery. Even if the government releases the radar footage from that day, it would likely not answer our questions. I am certain that this case was also analyzed for the recent UAP report issued by the Pentagon and as we all saw, the Preliminary Assessment did not reveal anything new. If we are to believe in what was stated in the report, then we are nowhere close to understanding the true nature of UFOs.