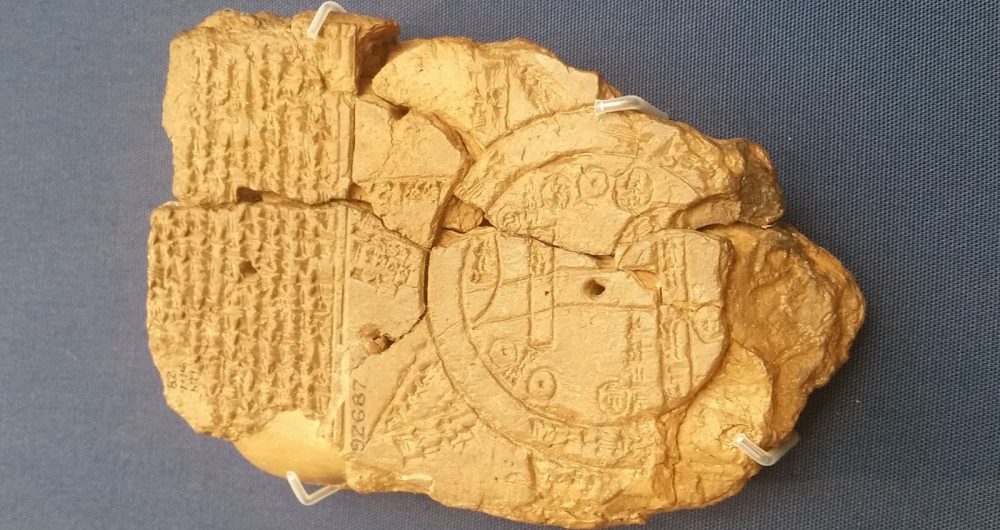 Some of these maps are older than "recorded" history.

Ever since humans became aware of their surroundings, they started etching the very first maps in stone. Knowing where we are located in a specific area gave early humans a sense of orientation. We felt the need to record what we saw around us. Specific parts of the landscape became markers that would help orient us.

But even before we depicted mountains, valleys, and rivers on stone, we looked toward the sky and recorded some of the most prominent stars in the sky in what later became ancient star maps.

Officially speaking, cartography, the art of making maps, has been around for thousands of years, and the very first map can effectively be traced back to a time when all we had at our disposal were rocks onto which the very first charts were etched.

The earliest maps did not mean to convey a sense of orientation and display the surroundings but to depict stars and constellations in the sky. Eventually, we combined both, and some maps resulted in both terrestrial and cosmic charts, portrayed as one.

Looking back to antiquity, we can credit the ancient Greeks for developing geography and describing, to their best knowledge, the world as it was many millennia ago.

But some maps exist that are far older than the Greek civilization.

In this article, we take a look at some of the oldest maps humanity has ever produced.

Some of these maps are older than writing.

The oldest map ever discovered in Europe will blow your mind.

It is not old; it’s older than old.

In fact, the ancient map has been found to date back several thousands of years.

The chart dubbed the Pavlov Map is currently housed at the archeological museum of Dolni Vestonice in the Czech Republic. (Although some suggest its safeguarded at the Archaeological Institute of the Academy of Sciences of the Czech Republic in Brno.

The map, carved on a mammoth tusk, is considered the oldest depiction of the surrounding landscape.

Most likely a hunting map, the Pavlov Map was found to date back to around 25,000 BC, which means the map is most likely more than 27,000 years old.

The map is thought to represent the Thaya River directly, and there are certain symbols that have been interpreted as depictions of clay slopes. But in addition to that, researchers say the mammoth tusk map depicts a mounting near Pavlov, valleys, as well as routes that lead to different parts of the surrounding area.

The age of the oldest European map will probably take you by surprise.

Had someone asked me a couple of years ago what I thought was the age of the oldest map of Europe, I would have probably said it dated back to around 200 AC ( A wild guess?).

But the truth is that the earliest map of Europe dates back thousands of years. In fact, it is 14,000 years old, and it is acknowledged as the “oldest map of Western Europe.”

Discovered in the Spanish cave Abauntz Lamizulo, the map was most likely etched onto the stone by Magdalenian hunter-gatherers. Interestingly, the cave where the map was found is said to have been home to a mythological bird-footed nymph species called “Lamias.”

The rock on which the map was “drawn” was discovered by a group of researchers led by Utrilla from the University of Zaragoza in 1994.

But it was 15 years after that scientists successfully managed to decipher the lines and markings and credit them with meaning: the etchings represent a simple map of the area surrounding the cave.

Researchers say that the map illustrates a marking that is identical to a mountain that can be seen right from the cave. The ancient rock chart also depicts a herd of ibex on its hillsides.

Another extremely ancient map was discovered in Ukraine in 1966. Dubbed the Mezhirich map, experts say the chart etched on a mammoth tusk dates back to around 12,000 BC.

It represented a river as well as houses next to it.

The map was discovered after a farmer dug up the mammoth tusk as he was expanding his cellar.

Eventual excavation revealed then remnants of 4 huts, crafted out of a total of 149 mammoth bones.

The ancient huts are believed to date back more than 15,000 years and are among the oldest shelters constructed by prehistoric people.

The settlement of Çatalhöyük can be traced back to around 7,500 BC. Located south es of modern-day Konya in Turkey, the ancient city of Çatalhöyük was first excavated in 1958.

Archeological work would eventually reveal the region of Anatolia being part of a major advanced culture that existed in the Neolithic.

Archeological excavations exposed 18 layers of buildings from different historical times and eras. The oldest layer was traced back to 7,100 BC.

It was precisely there where researchers discovered what they argue is one of the oldest maps in the world, dating back to around 6,000 BC.

The ancient map was discovered supposedly etched on a massive mural: The lower record of the representation includes nearly 80 square-shaped patterns tightly designed like cells in a honeycomb.

The map’s upper part represents an object that its discoverers originally classified as a rendering of a mountain with two peaks with cell-like patterns depicting a plan view of the ancient city that has generally been accepted as being either Çatalhöyük or one of the other nearby Neolithic settlements.

However, these claims have been challenged, and some researchers argue that the supposed map is not actually a chart but “leopard skin with its extremities cut off.”

Oldest Map of the World

The oldest map of the world is located in the British Museum. Composed in ancient Babylonia, it is the only Babylonian map that was drawn on an international space.

The map was created on a clay tablet that features not only a map but textual descriptions. It dates back roughly to the 6th Century BC.

Oriented North-West, scholars argue it is the only known map of the world that dates back to the Neo-Babylonian Period. The ancient chart offers a birds-eye view of the ‘world’ showing the city of Babylon in the center of the world. The text written down on the clay tablet is evidence that the map attempts to depict the entire world.

The map depicts the Mesopotamian World as a flat disk surrounded by water. Babylon in the center was drawn next to Assyria and Urartu and the land of Habban.

The Euphrates River, which begins in the mountains at the top of the map, is depicted as flowing through Babylon and into the marshes depicted at the very bottom of the map. The continent is enclosed by the circle of the salty ocean.

The map schematically represents the complete kingdom of Babylonia.

The text etched on the clay tablet is found to feature the names of countries and cities but, on the opposite side, the text is largely concentrated on a description of the seven unnamed outer regions (“islands”), which are represented in the form of equal triangles expanding beyond the encircling ocean. The ancient map also portrays the supposed position of three unnamed cities, as well as an unknown location. The ancient map is also believed to depict the Zagros Mountains, which were visible close to the city.

The unique viewpoint of this ancient map shows not only how the ancients understood the world around them but also the divine heavenly realm as well.

It is argued that this map is actually a copy of a much older map of the same region, which was lost in history.

And while some maps depict the surroundings and the landscape, there are ancient maps that depict the sky.

In fact, some of the earliest maps discovered on Earth are not of the surrounding landscape but the stars.

Specific dots found on the walls of the Lascaux cave clearly depict the night sky. The dots etched by ancient humans around 14,500 BC are thought to include three bright stars; Vega, Deneb, and Altair (the Summer Triangle asterism), but also the Pleiades Star Cluster.

The Lascaux caves include among their representation of stars incredible drawings of horses, antelopes, and bulls, which are thought to have been painted around 17.000 years ago.

The star map within the cave system is considered by many experts as the very first prehistoric planetarium, evidence of the first attempts of humankind to chart the stars. The sky map inside the cave system was found in a region known as the haft of the Dead Man.

However, the Summer Triangle asterism is not the only evidence that ancient people had developed a great interest in the night sky.

Near the entrance of the cave complex is one of the most intricate cave paintings of the Lascaux cave complex, a Bull. And hanging over its shoulders is what experts have interpreted as a star map depicting the Pleiades constellation, also known as the Seven Sisters.

Within the intricate Bull painting, researchers have also identified spots that may depict other stars found in that particular region of the sky.