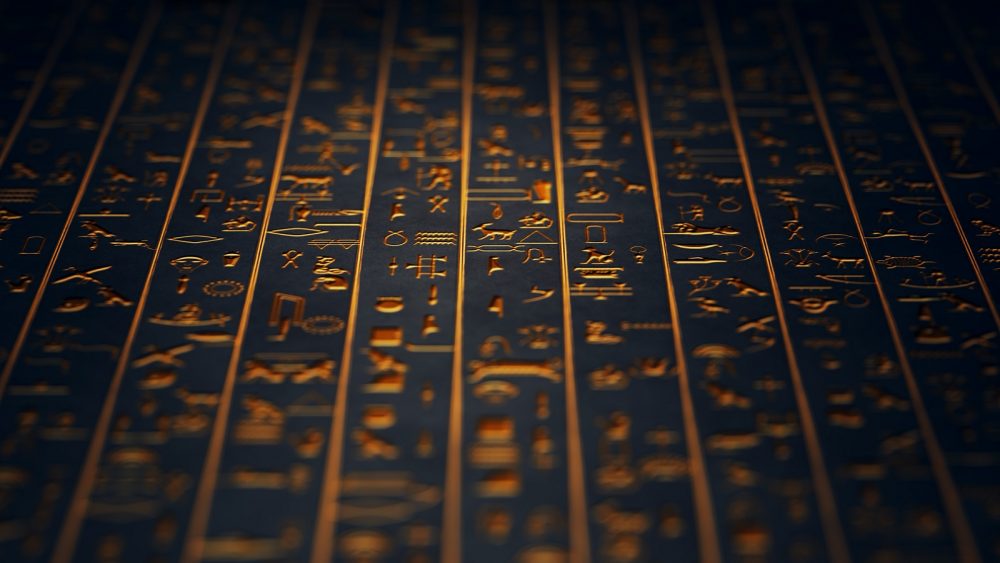 Not all treasures are made of gold and precious stones.

Among its many treasures, Egypt’s lands are home not only to more than 100 pyramids but to ancient cities, temples, weird statues like the Sphinx, and countless other mysteries.

It is because of its pyramids that many of us have fallen in love with Egypt.

But the land of Pharaohs and golden sands has more to offer than just pyramids and a history unlike any other.

Smaller discoveries are sometimes even more significant than the largest ones.

Yes, discovering submerged cities that were thought to have been only a myth, to incredible ships buried next to the Great Pyramid, Egypt has much to offer.

More, perhaps, than you’ve ever imagined.

In this piece, we take a look at five of the most impressive ancient Egyptian treasured that one way or another changed history as we know it.

Not all treasures are made of gold and precious stones.

An ancient Geological map ahead of its time

One of the most impressive discoveries–a few have heard of–is the very first geological map on Earth and experts say its way ahead of its time.

The ancient chart, drawn on papyrus believed to be more than 3,000 years old, is an incredible example of ancient Egyptian development.

It is believed that more than 3,000 years ago, an important Egyptian official called Amennakhte took the time and drew upon a papyrus, the features of a valley in the Eastern Desert. The map that he drew is so detailed that experts say it is the earliest geological map in history. Amennakhte, son of Ipuy, bore the title ‘Scribe of the Tomb.’

Although the region drawn on the map may seem desolate, it is a treasure trove of history. As noted by Nat Geo, within a single square mile, one could see ruins that span 30 centuries, from British Mills dating back to the 1930s to Roman Forts, remains of Ptolemaic mining settlements, and ancient Egyptian tools that are believed to date back to the 11th century BC.

The papyrus–the Turin papyrus map–is believed to have been drawn during the reign of Ramesses IV, sometime during the middle of the 12t century BC.

Without a doubt, one of the greatest treasures of ancient Egypt, the Rosetta stone, is a massive granodiorite stele discovered in 1799 by French soldier Pierre-François Bouchard during the Napoleonic campaign in Egypt.

Inscribed on it are three versions of a decree issued in 196BC during the  Ptolemaic dynasty on behalf of King Ptolemy V Epiphanes.

The top and middle texts were carved in ancient Egyptian using both demotic scripts as well as hieroglyphics. However, the bottom text was written in Ancient Greek.

The fragmented stone is believed to have once stood inside an ancient Egyptian Temple, perhaps one near Sais in Egypt.

A Discovery that turned Myth into Reality

The discovery of the sunken ancient Egyptian city of  Thonis-Heracleion helped Egyptologist understand a lot about the area surrounding Alexandria. The city known in ancient Egypt as Thonis is currently located some 10 meters beneath the surface, 2.5 kilometers off Egypt’s coast.

Its history can be traced back to the 12th century BC, and it became ancient Egypt’s main port for international trade and collection of taxes. After a five-year search, the ruins were explored and identified by French underwater archaeologist Franck Goddio in 1999.

However, 2,500 years later, archeologists and scholars could not find evidence nor corroborations that such a ship existed in the past.

That is until 2003, when myth turned into reality, as the underwater city of Thonis-Heracleion was revealed.

There, underwater explorer discovered a ship dubbed “Ship 17”, the first of 63 sunken ships found in Thonis-Heracleion.  Measuring 28 meters in length, the ship was assembled with a rather unusual method. The shipbuilder would join thick wooden planks together, adding a distinctive steering mechanism consisting of an axial rudder, passing through the ship’s entire hull.

The ancient Egyptians used metals from space to craft some of the most impressive weapons and jewelry the world has ever seen.

Pharaoh Tutankhamun, son of Akhenaten, ruled over the land of Egypt from 1336 to 1327 BCE. When Howard Carter discovered King Tut’s tomb in 1925, he recovered priceless artifacts from the tomb. Among them was a strange, unique, iron dagger. But that dagger was not ordinary. This special dagger was built for Egypt’s special king.

The ancient Egyptians knew that stuff that would fall for heaven was unique.

Therefore, it isn’t surprising when they saw meteorites crash into Earth; they would go and investigate.

But not only did they investigate. Their curiosity was more significant than we’d ever imagined.

Not long ago, experts revealed that the intricate dagger was actually crafted using meteorite fragments.

“Beyond the Mediterranean area, the fall of meteorites was perceived as a divine message in other ancient cultures. It is generally accepted that other civilizations around the world, including the Inuit people; the ancient civilizations in Tibet, Syria, and Mesopotamia; and the prehistoric Hopewell people living in Eastern North America from 400 BCE to 400 CE, used meteoritic iron for the production of small tools and ceremonial objects,” wrote scientists in a 2016 study that revealed the nature of the dagger.

“The celestial or terrestrial origin of ancient Egyptian iron, and when its usage became common, are contentious issues, which are subject to debate. The evidence is drawn from many areas, including architecture, language, and belief.”

The papyrus, which dates back 4,500 years, is not only the oldest example of ancient Egyptian papyri; it also features details on how massive stones of limestone were transported to Giza, allegedly for the construction of the Great Pyramid.

In 2011 at Wadi el-Jarf, an ancient harbor on the Red Sea shore, archeological excavations yielded hundreds of papyri fragments that date back to the end of Pharaoh Khufu’s reign.

Among them was the “Journal of Merer” and it reveals missions led under the inspector Merer, and are related to the transportation of massive blocks of limestone from the quarries of Tura, towards the Pyramid at the Giza plateau,  then still under construction, some 4,500 years ago, at the opposite bank of the River Nile. Among the most noteworthy things, the ancient journal mentions “Akhet Khufu as the Great Pyramid, the “Horizon of Khufu.”