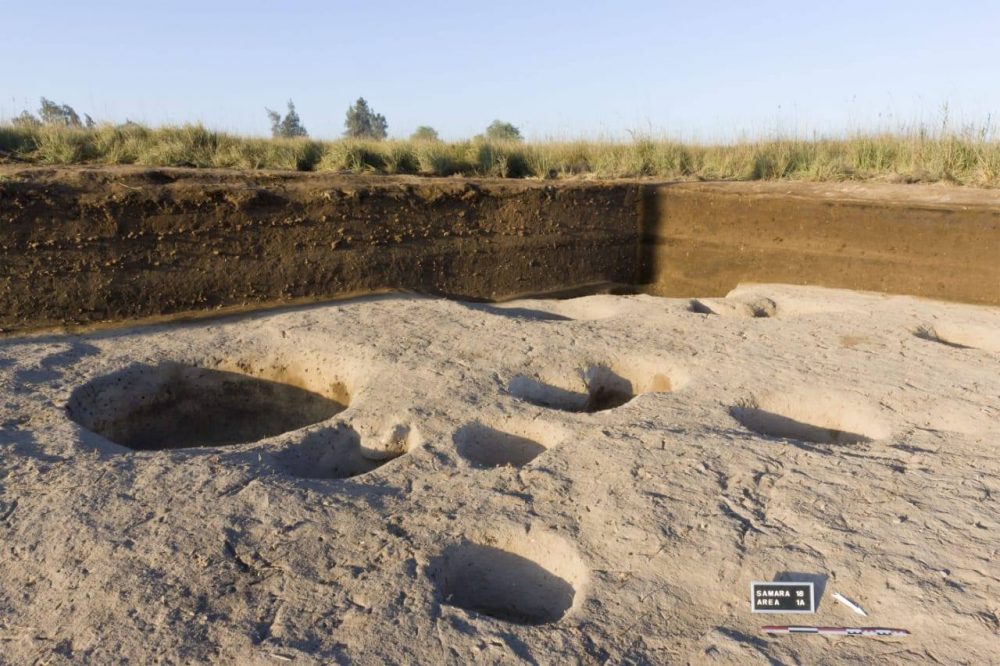 The settlement dates back to around 5,000 BCE, which means it directly predates the emergence of the famous Giza pyramids by at least 2,500 years.

When we talk about Egypt, what first comes to mind are the imposing pyramids, the Great Sphinx, and the Giza plateau’s temples.

But Egypt isn’t all about temples, pyramids, and cursed mummies. Ancient Egypt’s history can be traced back to long before the Pharaohs, the Sphinx, and the pyramids.

Experts agree that the first Egyptian Pharaoh was Narmer (sometimes called Menes), who united Lower Egypt and Upper Egypt. He was the first king of the First Dynasty, the beginning of the Old Kingdom.

But what exactly happened before?

A discovery should shed light on what ancient Egypt was like, before the pharaohs.

The Egyptian Ministry of Antiquities reports discovering the remains of a Neolithic village in Tell el-Samara, located around 140 kilometers (87 miles) north of Cairo.

According to experts, the settlement dates back to around 5,000 BCE, which means it directly predates the famous Giza pyramids’ emergence by at least 2,500 years.

The settlement was excavated by a joint French-Egyptian excavation team, led by chief archaeologist Frederick Geo, who explained in a statement that the settlement is one of the oldest known in the Nile Delta.

It is exciting that it contains clues as to how Predynastic Egyptians lived, what Gods and deities they may have worshiped, and what sort of culture developed there before the ancient Egyptian dynasties?

Furthermore, the settlement is expected to help archaeologists and scholars understand the transition from hunter-gathering in North Africa towards a sustained agricultural practice where the River Nile played a crucial role.

It also helps experts understand the culture they developed and how they transitioned from hunter-gathering in North Africa to sustained agricultural practices.

Archeologists have been working on the site extensively since 2015. Their work had revealed a unique opportunity for archaeologists to identify the prehistoric communities that lived in the delta for thousands of years before the very first Pharaoh came to power.

“Analyzing the biological material that has been discovered will present us with a clearer view of the first communities that settled in the Delta and the origins of agriculture and farming in Egypt,” explained Dr. Nadia Khedr, a ministry official responsible for Egyptian, Greek, and Roman antiquities on the Mediterranean coast.