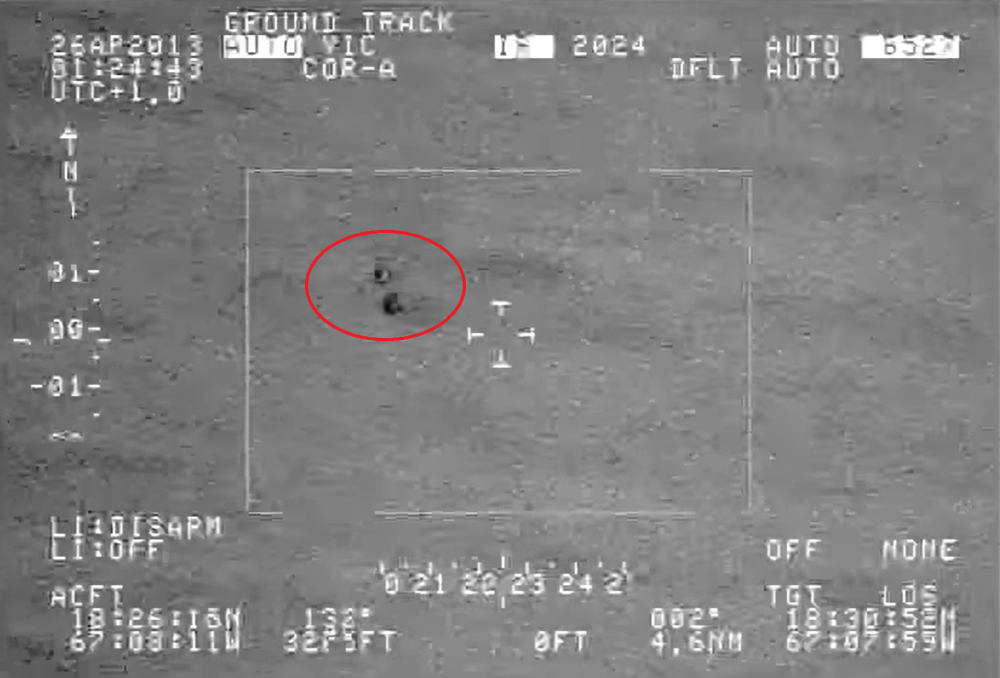 Perhaps the most promising footage of alien technology on Earth.

Scientists have finally turned their attention back to an old UFO video from 2013, captured over the Rafael Hernandez airport at Aguadilla, Puerto Rico. This is a case that, unlike many others, did not attract the usual public attention despite the high-quality footage.

The Aguadilla UFO or UAP was a mysterious object spotted by a U.S. Customs and Border Protection aircraft on April 25, 2013. The crew of the routine mission spotted a strange red light moving towards the local airport and immediately informed the control tower.

Officials were able to capture the UFO on video which we have provided below. The footage continues for several minutes as the object flew across the airport twice and then returned back to the ocean. In the end, you can see how the object seemingly split in two or was joined by a second identical UFO before they both disappeared underwater.

When I heard about this case, I was surprised when I couldn’t find any striking headlines and opinions which usually come with UFO sightings. From hundreds and hundreds of UFO videos I’ve seen throughout the years, few included footage in such good quality. Perhaps this is the main reason why people were not interested in learning more. It simply looks too good to be true.

On the contrary, I need to mention a report by the Scientific Coalition for UAP Studies (SCU) from 2015. They conducted some research on the case and got in contact with workers from the Navy and the actual person who captured the video. In other words, they confirmed that the footage is genuine and was captured by the military’s thermal imagine system and real Navy personnel.

The eyewitnesses that were interviewed had requested to remain anonymous because this information could cause problems and government reprisals.

The SCU team studied the footage and reached several conclusions about the Aguadilla UFO. For example, they are certain that it came from the ocean just like it returned there in the end.

They were also able to estimate the approximate speed of the object which was then used to reject the most common theories about the event. Apparently, its speed averaged 80 mph but it varied from 40 to 120 mph. Moreover, they calculated its speed underwater to about 82.8 mph on average.

Now, on to the theories and why not a single one explains the Aguadilla UFO.

Of course, the most obvious suggestions include a balloon or a bird. However, based on the calculated average speed of the UFO and the wind speeds from that day, both seem unlikely. No balloon could fly so fast or change directions while there is also not a single bird species in the region that can reach this speed.

What about a drone? In the past, it became known that the Navy had prototypes of flying-swimmer drones called Flimmer. However, this technology had not been tested underwater at the time and its max speed in the air was 68 mph, way lower than that of the Aguadilla UFO.

In the end, the researchers could not reach any conclusions about the origin or type of the object on the video. Not much had been done in the past several years or at least nothing has been revealed to the public. Perhaps the government was deliberately avoiding public attention because this is a genuine UFO video?

A new team of scientists from the SCU is now attempting to solve this mystery and has begun new research. To me, this video is perhaps the most promising footage of real alien technology on our planet. It is also curious that the original leaked video from several years ago was deleted from YouTube. This was not done by the publisher and YouTube never gave a reason for this deletion.

What do you think? Is there an alien base underneath the ocean near Puerto Rico? There are countless fake UFO videos out there but I genuinely believe that the Aguadilla footage is real. Furthermore, it has been confirmed by the Navy and Department of Defense. Honestly, I cannot wait to see what scientists will find with this new research.