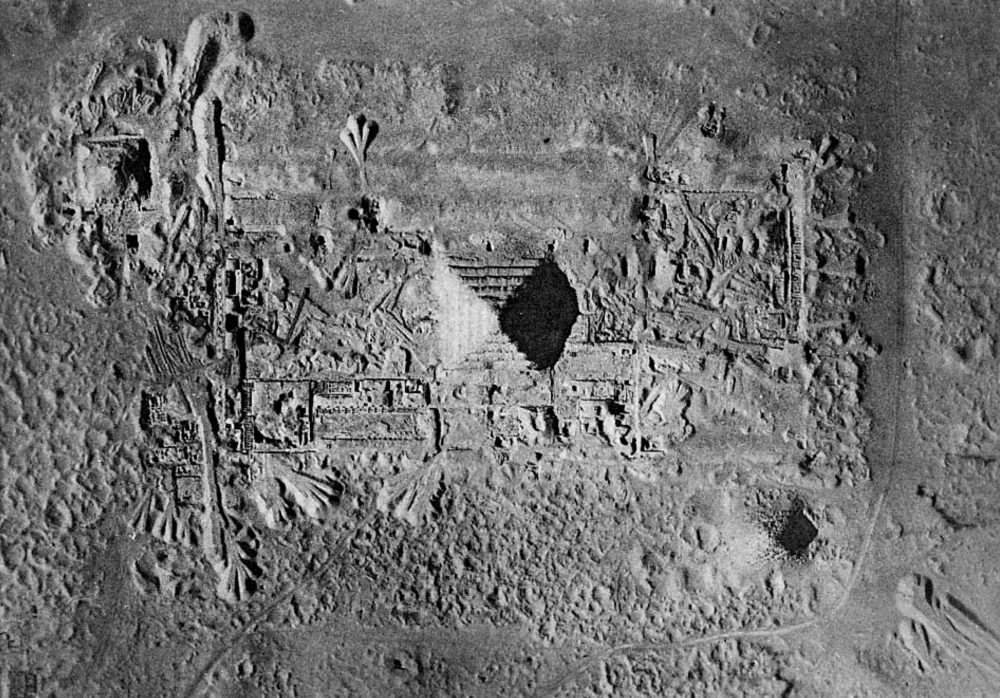 This mysterious monument, whose exact purpose remains a mystery, even predates Egypt's oldest Pyramid. In terms of size, the structure is almost twice the size of the Step Pyramid enclosure built by Djoser.

Although the land of Pharaohs is known for its incredible, ancient pyramids and the Great Sphinx at Giza, ancient Egypt has much more to offer. Beneath the golden sands lay the history of thousands of years of development. Since time memorial, perhaps when history was not even written, a great society developed on the Nile River banks.

Through time, this society would develop into a powerful culture and eventually, during its peak, become one of the most prominent and important civilizations in the history of our planet.

Although there are around 120 pyramids in various states of preservation, Egypt is more than pyramids. The Great Pyramid of Giza is perhaps the most impressive ancient monument in Egypt and rightfully attracts hundreds of thousands of tourists every year.

Some visit the pyramid because of its immense size, others visit it because of its architectural precision, and a third will visit it due to its historical romance. Whatever the case, it is well deserved.

But don’t hesitate to explore Egypt further. This ancient world has much to offer.

Throughout the history of Egypt, great monuments were built. Many of these monuments predate Egypt’s most famous pyramids, while others were built when pyramids were no longer the focus of the Egyptian civilization. But it seems that no matter where’s decide to look, whether it is Upper or Lower Egypt, we will come across mind-boggling ancient structures that continue puzzling us to date.

The oldest-known stone structure in Egypt

Although Djoser’s revolutionary pyramid is regarded as the earliest colossal stone building in ancient Egypt, the ancient Egyptians experimented with megalithic structures long before Djoser.

One of the best examples that predate even Egypt’s oldest pyramid is Gisr el-Mudir, Egypt’s oldest known stone structure. Its commonly referred to as the Great Enclosure, and not many people know it exists. Located no more than a few hundred meters away from the famous Step Pyramid Complex of Djoser and the Buried Pyramid, its exact purpose has eluded experts for more than one hundred years.

The structure has a rectangular shape and measures 650 by 350 meters. The colossal structure walls consist of two outer double walls, which were constructed using roughly hewn limestone, located 15 meters apart.

The space between the double walls was filled in ancient times with roughly crushed stone and a combination of gravel and sand. The act elevation of the walls eludes experts. Surveys of the structure reveal that the walls rise to a height of between 4.5 and 5 meters at the structure’s northeastern corner. Given the construction style and shape, Egyptologists estimate that the walls once stood at least ten meters in height.

The northern parts of the stature appear to be much better preserved than the southern areas. Measurements of the structure reveal its western wall is around 30 meters shorter than the eastern wall. The southern wall of Gisr el-Mudir likely consisted of two parallel walls that formed the entranceway to whatever was meant to be inside the enclosure.

Interestingly, this same pattern was later used to construct the pyramid complex of Djoser’s Step Pyramid.

Gisr el-Mudir was already surveyed back in 1837 by British Egyptologist John Shae Perring, perhaps most notable for his excavating and documenting Egyptian pyramids. However, the first excavation of the site took place between 1947 and 1948, headed by the Supreme Council of Antiquities Abdel Salam Hussein. Strangely, the results and findings of that excavation were never released to the public.

Who built or started building the structure, remains a mystery but most likely predates Djoser by various generations. Therefore, a systematic search was undertaken in the 1900s, revealing pottery shards that date back to the second dynasty.

The research performed by The National Museum of Scotland in the 1900s made use of techniques like magnetometry and ground-penetrating radar, hoping to reveal the secrets of the Great Enclosure. But instead of unraveling its mysteries, experts were encountered with more questions than answers.

Before this study, Egyptologists believed that the Great Enclosure was an unfinished pyramid that predated Djoser’s. However, no signs of such a monument were found. Archeologists also believe that the great enclosure was not left unfinished and that whoever planned on building it actually finished the project.

Therefore, it would not make sense to first build an enclosure wall, and then a pyramid inside it.

The only thing that experts this reveals were potters shards inside the filling of the walls. Although the structure has not been dated to a specific period, based on the pottery shards, Egyptologists assume the structure was constructed at the end of Egypt’s Second Dynasty, around 2,900 BC. This would place Gisr e-Mudir as a 4,900-year-old monument, which means it predates the first Egyptian pyramid, which dates back to around 4,700 – 4,800 years ago.

Based on all the archaeological evidence gathered to this date, the Great enclosure wall Gisr el-Mudir is the oldest stone building in Egypt’s history, not Djoser’s pyramid complex.

Who the builder of Gisr el-Mudir was, remains a mystery, and there are no known written accounts of the structure being built, competed, or of its intended use. But based on archeological guesswork, it has been suggested that King Khasekhemwy, a ruler of the second dynasty, may have been responsible for constructing what is, without a doubt, one of Egypt’s most enigmatic monuments.