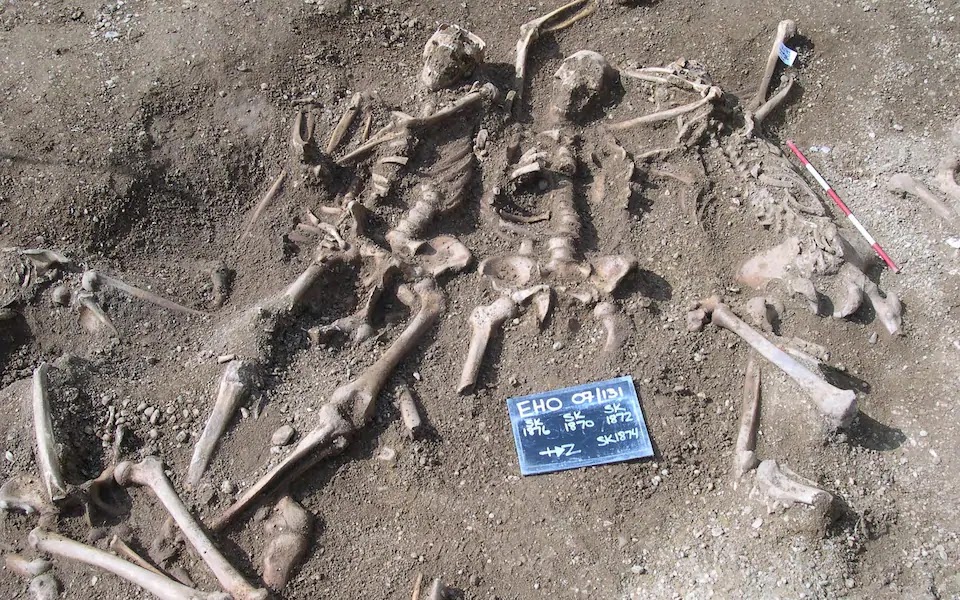 Researchers found evidence of smallpox in the DNA of Viking skeletons from the 7th century. Until now, it was believed that the disease appeared around the 17th century, more than a thousand years later.

Smallpox was one of the deadliest diseases in history before it was eradicated in the late 70s of the 20th century. It became the first disease to be completely wiped out by humanity’s efforts and it was achieved through a global vaccination – something that could happen again soon for the Covid-19 virus. While it was considered a fairly “modern” disease until recently, we now have proof that Vikings also had smallpox a millennium earlier.

To get a better idea of the severeness of smallpox, it is estimated that it killed more than 300 million people worldwide in the 20th century (in the 70+ years until it was eradicated) and more than 500 million in its last century of existence. The mortality rate was around 30% which means almost 1/3 of all diseased. Moreover, another 1/3 were left blinded or scarred even if they got healed from smallpox.

Now, onto the pressing matters – the results of recent research from July 2020 discovered evidence of smallpox from the teeth of 1400-old Viking skeletons. Here is what we know.

Were Vikings First to Carry and Spread the Deadly Smallpox Disease?

Before the events of 2020, experts thought and believed that the smallpox disease was introduced around the 17th century. The latest discovery, however, completely changed the facts. As it appears, smallpox already existed in the 7th century, one thousand years earlier, although it may have had different characteristics and it may not have been as deadly.

Researchers got DNA samples from 13 Viking skeletons from the 7th century and found traces of smallpox. These samples are more than 1000 older than the previous oldest tests for smallpox.

What does the discovery mean?

The latest discovery proves a lot more than the simple existence of smallpox so early in Medieval history.

As a start, scientists were previously unaware that smallpox was spread in Northern Europe. The general information beforehand suggested that it was endemic to the continental part of Europe but now we know that it was significantly more widespread.

Furthermore, the new discovery also proves that the smallpox was significantly more established a thousand years earlier than scientists believed.

There is one “but” regarding this discovery. Yes, smallpox existed this early in history but it was far from the same disease the modern world remembers. There are two possible explanations that I can present to you.

First and foremost, the modern version of smallpox and this Medieval Viking smallpox could share an identical ancestor. The two diseases have almost completely different characteristics which generally suggests that the one in the 7th century may not have been as deadly or dangerous. It could have been equally widespread, however.

The second option is that the smallpox that took hundreds of millions of lives between the 17th and 20th centuries is an evolved version of the Viking smallpox. After all, all viruses and diseases mutate over time.

How does the discovery of the Viking smallpox help modern science and medicine?

Although the world is no longer at risk of a smallpox pandemic, this recent discovery could be helpful in many ways. Knowing that this is a significantly earlier version of smallpox, scientists have the opportunity to learn how it originated and more importantly, how it mutated.

Smallpox may have been eradicated but this knowledge will be useful in the research of other viruses and diseases that exist in the world today.