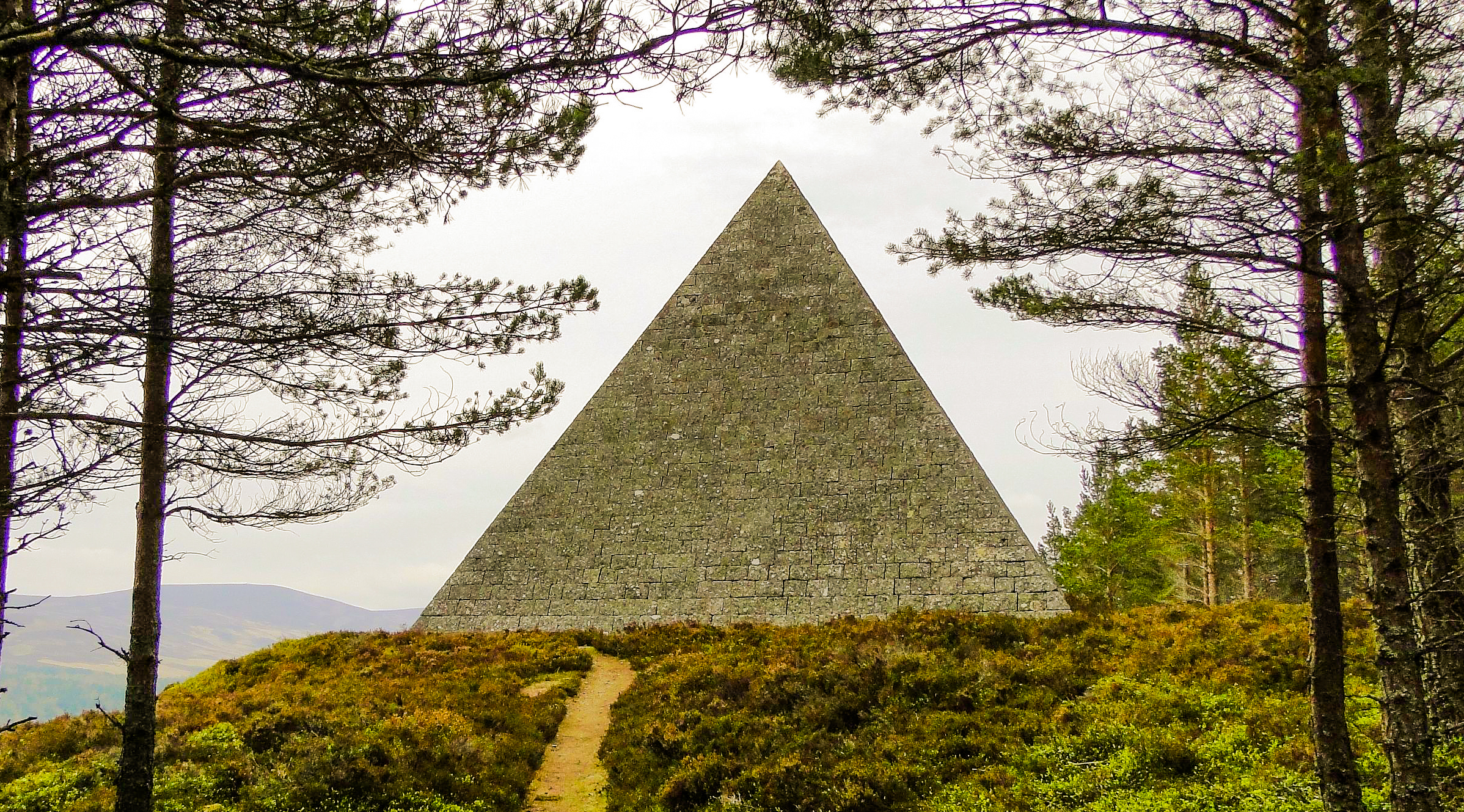 There are Pyramids located all across the globe. Although the Great Pyramid of Giza is the most famous in the world, as many people believe it is, therefore, the oldest, this is not the case. As I have written about in previous articles here on Criomsos, as well as Pyramidomania, the oldest pyramids (according to mainstream experts) are the structures erected thousands of years ago in present-day Brazil.

The largest pyramid, on the other hand, is not in Africa but halfway across the world in present-day Mexico. The behemoth structure dubbed the Great Pyramid of Cholula is the largest in terms of mass. And although this particular piece is meant to describe a pyramid in Scotland, I felt a need to reference two of the most amazing pyramids on Earth briefly and compare them side by side.

As I wrote about in this article, compared to the Great Pyramid of Giza, which has a total volume of around 2.5 million cubic meters, the Great Pyramid of Cholula has a total volume estimated at over 4.5 million cubic meters, which means it is near twice the size of Giza’s Great Pyramid. Back to Europe. Depending on who you ask, there are either quite a few pyramids in Europe, or there are not. For example, many people argue that the so-called pyramids in Bosnia are indeed manmade structures and not hills resembling pyramids. I have traveled to Bosnia to Visoko and met their discovered Dr. Osmanagic, and there is certainly a sensation there is something there, something that has not been fully explored.

We know for a fact there are pyramids in Greece, and we covered them extensively on Curiosmos. The remains of one of the most famous ancient pyramids constructed by the ancient Greeks can be found west of Athens. It is believed that there were up to 16 pyramidal-like structures in ancient Greece at one point. However, I find it of great interest that there is actually a pyramid in Scotland. Although the structure isn’t ancient, and not as massive as others around the world, its symbol and significance surely have an untold secret.

The pyramid of Scotland

While Scotland, England, and Wales are known for their megalithic marvels, not many people were aware of the fact that there is a pyramid in one of those countries. Specifically Scotland.

Dubbed the Balmoral pyramid, this structure does not match its African and American counterparts in age or size but nonetheless carries a fascinating story behind it. This pyramid can be found quite close to Balmoral castle in the Cairngorms National Park. A royal family’s traditional Christmas celebration takes place at Balmoral castle. As a gift for Queen Victoria, Prince Albert bought this property in 1852. This cairn commemorates Queen Victoria’s love for Prince Albert and is one of the 11 cairns constructed by her.

“To the beloved memory of Albert the Great and good; Prince consort, erected by his broken-hearted widow Victoria R. 21st August 1862,” reads a text on one side of the pyramid.

To access the pyramid, you can drive all the way to the Balmoral car park and then walk on foot to the cairns. Although the hike is a bit challenging for some, it is worth getting there and seeing this unique pyramid up close.

The imposing four-sided structure was erected using granite and measures 41 feet by 41 feet (12.4 meters by 12.4 meters) at its base. The pyramid stands at a height of 35 ft., or 10.6 meters. And while it isn’t the biggest in the world, its design, location, and story make it one of the most unique.

This pyramid is, in fact, one of the many cairns that are built in the region. A cairn is defined as a mound of rough stones built as a memorial or landmark. And the cairns in the region are precisely that, landmarks that are meant to commemorate an event or a person.

In Deeside, Scotland, the Balmoral estate is home to fourteen stone cairns, including one particular one located near Birkhall. Most of the cairns were built by Queen Victoria to commemorate members of the British royal family and important events in their lives.