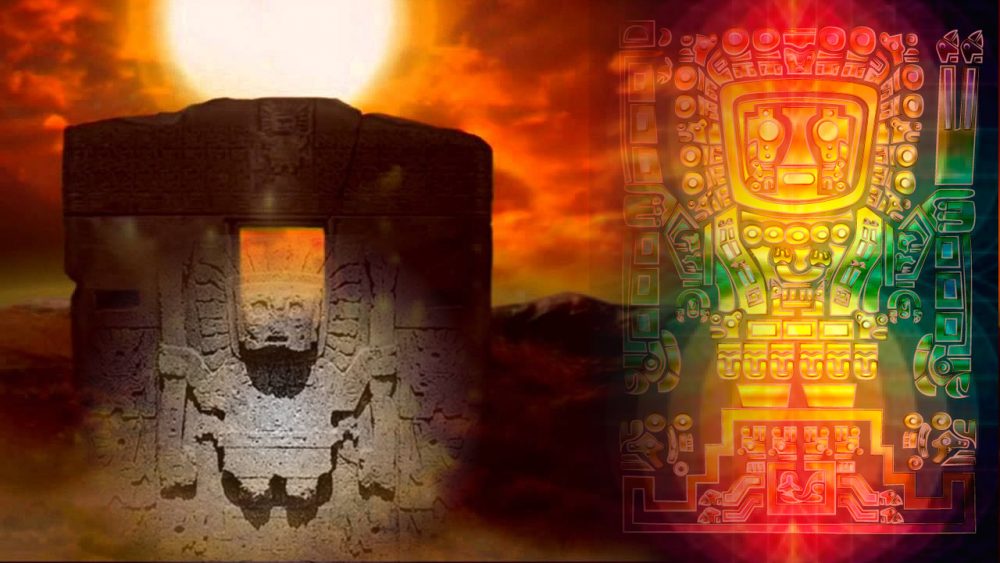 Supreme God of the Incas and creator of the world as we know it.

Inca mythology is a bit confusing as there are different versions. In general, the gods and legends of the Andean civilizations are intertwined with all sorts of variations. However, there is one deity that always emerges from the top – Viracocha. Known as the Creator God, he was unanimously the supreme god in the Andes – the creator of the sun, moon, earth, people, and everything in general.

Interestingly, the Incas did not have a script, and we know their mythology today only thanks to the Spanish chroniclers who wrote it after their conquests. Which, of course, probably means that they made their own changes. We can easily assume that they did not fully understand or accept the Inca culture and later adapted their myths and legends in their own way.

Whether completely accurate or not, the myths about Viracocha are quite interesting and impressive as they have come down to us. As the god of creation, Viracocha created everything. Before him, there was only darkness.

Of all the giants, only two survived and continued to roam the human latitudes. Apparently, this failed attempt was a good lesson for the god Viracocha, and his next race was us, humans, his greatest creation.

This time, however, instead of stone, the creator used clay. Obviously happier with the species he created, Viracocha taught them everything they needed to live – agriculture, art, language, etc. Then, of course, he created the sky as we know it today – the sun, the moon, and the night sky full of stars.

When it comes to Inca mythology, civilization of course began in the Andes near Lake Titicaca. When Viracocha was convinced of the success of his creations, he began to travel the world to create and develop human civilization worldwide. The legends are relatively long and detailed and follow Viracocha’s entire journey but this is a broader subject for a different type of article.

A Name Too Sacred To Be Spoken

Interestingly, the common people in the Inca civilization and later the empire were not allowed to pronounce the name of Viracocha. Whether because his name was too sacred, or because there was a large class division in the Inca society, but the god had 3 other different names, as well as a few other words they used when referring to him.

The alternative names of Viracocha actually sound almost identical but there sure was some kind of difference between them. After all, since the Incas had no script, there is no way to really know. Anyhow, these alternative names include Wiraqoca, Wiro Qocha, and the less similar Huiracocha.

More interesting are the other references that the Incas used when speaking of Viracocha. Instead of his normal names, they called him by descriptions of his creations and his overall functions as a god. The three most popular include Ilya, Ticci, and Wiraqoca Pacayacaciq. These three Inca words referred to the following functions/creations – light, beginning, and instructor.

Today, the legends of Viracocha are still revered by the descendants of ancient South American civilizations, though not in the same way. As an example, I can give the Quechua people, who are often considered as descendants of the ancient Incas.

Although most have embraced Christianity today, ancient legends remain an important part of their culture, which can only make us happy, because such cultural and historical values ​​are increasingly being abandoned and forgotten in modern society.