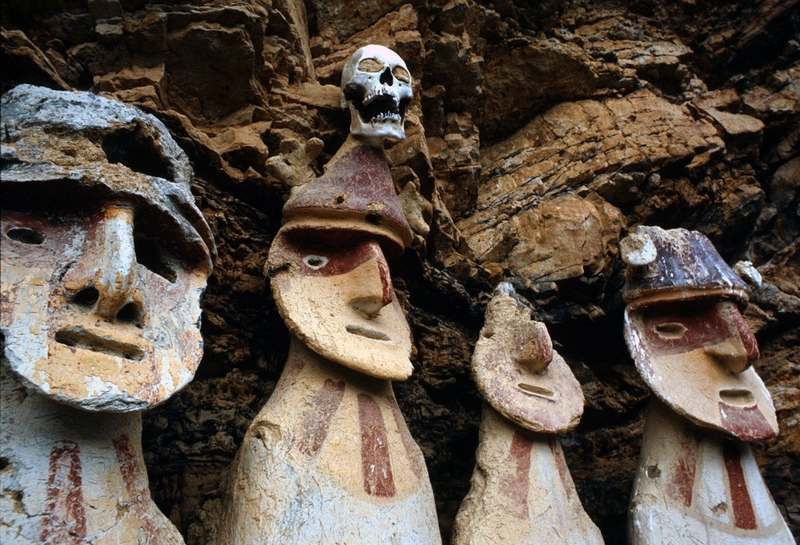 The Sarcophagi of Carajia are among the greatest historical evidence of one of Peru's most curious cultures whose end was brought by the Spanish conquistadors.

When it comes to the historical significance of Peru’s ancient cultures, we usually mention the Incas and their wondrous achievements. Besides them, there are numerous other unfairly forgotten cultures. I will tell you about the Chachapoya Indians – the closest neighbors of the Incas – and their legacy to the world, most specifically – the Sarcophagi of Carajia.

What you need to know about the Chachapoya culture

The Chachapoya Indians lived next to the Incas in one of 25 regions in Peru – the Amazonas region, although the first mention of this people dates back to the 9th century, which is 6 centuries earlier than the appearance of the Incas.

The Chachapoyas were practically isolated from the outside world due to their territorial location. The mountains on which the settlements were located are densely forested and are located between the two rivers Huallaga and Marañon.

The name of the people appeared for a reason, as the tribe erected their settlements on high mountain peaks, hiding in the clouds. On the mountain terraces, the inhabitants were engaged in agriculture, and the natural conditions made the Chachapoya become wonderful weavers. Chachapoya settlements in different locations number from dozens of buildings to four hundred.

The kingdom of the Chachapoya was put to an end when the Incas conquered them, and later by the Spaniards who came to these lands. Most of the Chachapoyas died during Spanish rule due to European diseases, and those who remained were forced to join other Indian tribes, as a result of which the unique Indian tribe disappeared.

Legacy of the Chachapoyas – the Sarcophagi of Carajia

The culture left a huge mark after itself, creating sarcophagi, stone settlements, and mausoleums, which, in part, have survived to this day. A distinctive feature of the Chachapoya Indian tribe is the burial of mummies and sarcophagi.

Such tombs were mentioned as early as 1791, which became the interest of archaeologists Paul Reichlen and Louis Langlois. As it turned out, over time, this type of burial was forgotten, and an expedition in 1985 led by Federico Kauffman Doig was able to find almost untouched previously unknown sarcophagi of Carajia. The sarcophagi were found in one of the caves, which is located 48 kilometers northeast of the city of Chachapoyas.

10 Things You Should Know About the Sarcophagi of Carajia

1. Made from clay, earth, and stones

3. All Sarcophagi of Carajia are about 2.5 meters tall

4. They are decorated with ornaments with red and white paint that has survived more than 500 years

5. Originally, there were 8 Sarcophagi of Carajia

6. Unfortunately, one was destroyed by a 1928 earthquake

7. Since the Sarcophagi of Carajia are intact to each other, this destruction damaged the ones on each side

8. Although the Sarcophagi are generally protected by the rock formations that surround them, birds and animals have damaged them throughout the ages

9. All Sarcophagi of Carajia had a human skull installed above the clay head, some remain today

10. Archaeologists removed the remains from the sarcophagi to examine them and protect them from further destruction 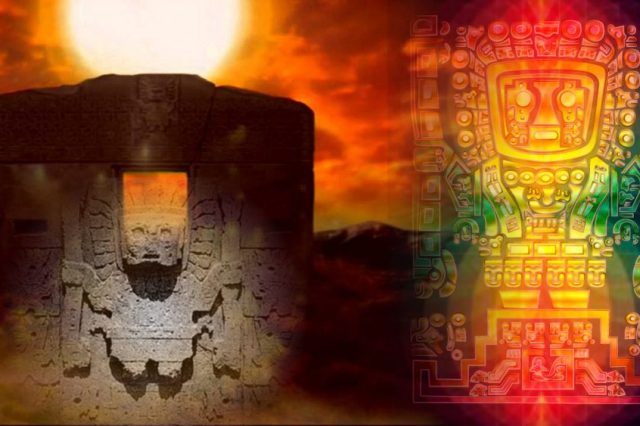