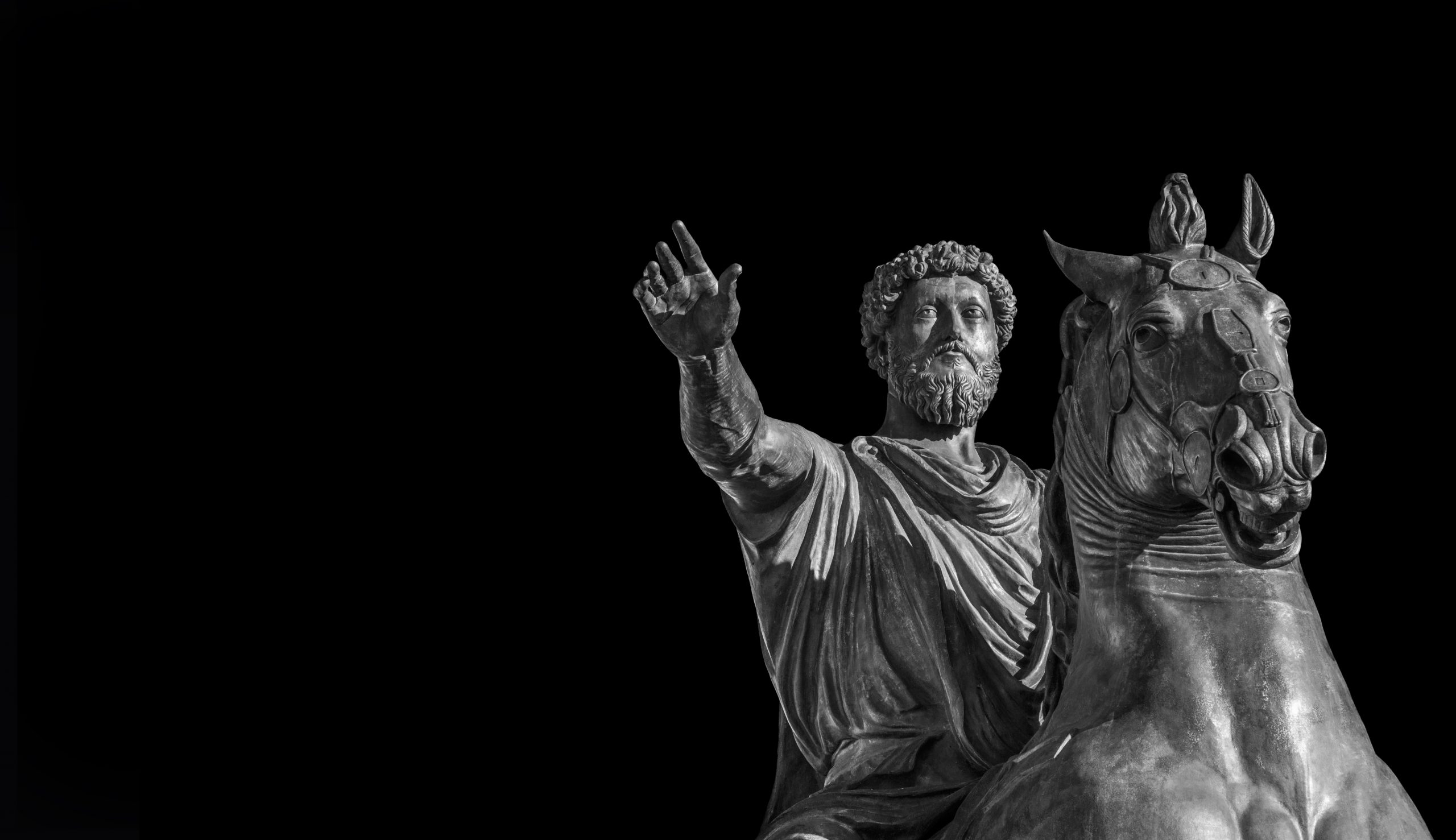 Aurelius Philosophy Behind the Powerful Mind, and Ultimate Life Happiness.

Marcus Aurelius Antoninus (26 April 121 CE – 17 March 180 CE) is well known for his spirit and his political rule as one of the most competent rulers during the pax Romana period of the Roman Empire. Nonetheless, we’d like you to meet and remember Marcus Aurelius as the famous Stoic philosopher that altered the entire theory and changed its contemporary understanding.

This article is fully linked to pure information and life advice by Marcus Aurelius. He has been characterized as one of the most peculiar stoics and philosophers. After writing his book Meditations and addressing it to himself so that he lived a better life and translated that to the entire Roman world, he was governing.

Vice is bad, virtue is good, and everything else might be a distraction with which we usually busy ourselves. However, it could never hinder our growth and prevent us from reaching the end goal; ultimate happiness. Accordingly, most of the stoic statements analyzed below by Aurelius can have a life-changing impact. The magnitude of such statements might change your perspective. We are here to document this process and describe the philosophical advice needed.

So, without further ado, let’s see how impactful Marcus Aurelius’ stoic quotes can be.

Human beings have always been prone to feeling scared and anxious about problems. Regardless of whether they are their issues, if they are so grave and tragic, and if they would ever be able to fix it at the end of the day.

So how can you use your mind to cope with all the negative situations you cannot control, either way? Find out in the following point.

Going back to the previous question. You only have power over your mind, Marcus Aurelius states. People cannot control every single unfavorable circumstance outside their zone. Therefore, it’s time that you fix your mindset and perspective and find the strength to deal with such situations.

The power of the mind can change your life and bring you from your lowest point to the highest end of all situations. This happens when you have quality thoughts and are mature and minded enough to seek the beatify of your personal life.

Simple everyday translation? You are making a big deal out of it. As per the previous point, you should calm down a little because this brings sadness and misery.

Things aren’t as serious as you take them, but you live in a society where you are successful as long as you can control everything. Well, that’s not how life works! So the sooner you understand it, the happiest you will be.

People are going through things that you haven’t even imagined. So are you still going to sit there and strive for utter and total misery by always having a negative perspective?

In today’s fast-paced world, you could have nothing going on and still be the happiest human ever since you wake up every day.

Straight out of Seneca’s playbook. Don’t fear dying. Fear living without a purpose. What’s the equivalent? Fear being dead inside but alive on the outside. That’s what your mind should strive against.

As stated before, but in a slightly different sense. You never need physical objects, hundreds of people around you, and to have everything literally to be happy.

The happiest people in the world might be living with the fewest things. They have enriched their thinking and their mindset. And there’s no amount of money or financial resources that could ever buy that.

As mentioned in the introduction, this might be life-changing advice. We think all the little things make us unique, but they don’t. They are thoughts that every individual in the world has made, and the way they have treated them clearly shows what they are made out of as far as their mental toughness goes.

And one could ask, what do you do with these people? Marcus Aurelius thinks that to feel anger at someone, to turn your back on him: these are unnatural. Why? Because they cannot hurt you, provided that you can tell the difference between good and evil.

Another pretty self-explanatory statement by Aurelius.

A thunderous and precise response to all the deontology and utilitarianism theories out there. If it’s not right, don’t do it.

Anger is a simple emotion that many adverse situations can provoke.

Nonetheless, is it ever worth it to use anger when found in that circumstance since things will be much more grievous and tragic after the event, which you never controlled or solved at the end of the day? Keep that in mind the next time you think about perspective and mental toughness.