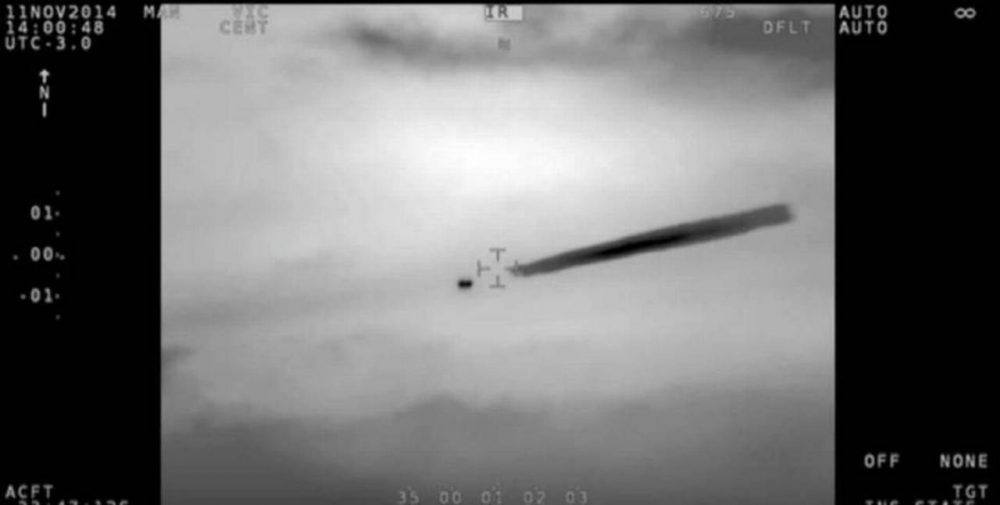 Is it time we started to study the UFO phenomenon with scientific rigor?

Whether you believe in them or not – hundreds of genuine UFO sightings have been recorded over the past decades.

However, these observations continue to occur around the world today. And while most of us only hear about some of the most famous and fully researched UFO sightings from many years ago, some of the most intriguing events have only occurred in the last decade.

Perhaps the bonus of the modern era is that most people have instant access to cameras on their phones. With that in mind, here are 10 UFO sightings from the last decade that you really should know about.

In November 2015, thousands of eyewitnesses from Southern California reported a rare UFO sighting. You can see one of the thousands of videos from that day below. Apparently, the light remained in the sky for several minutes before it exploded into blue light and expanded.

UFO? MISSILE? NOT SURE.. BUT I AM SURE THE NOISE THIS THING MAKES ISN'T NORMAL! #UFO #Aliens pic.twitter.com/4HztqtTaRU

Navy spokesmen later claimed that this was a ballistic rocket launched during tests at the Pacific Test Range in California. According to him, these tests are always kept secret but the reality is that these launches are usually announced months earlier in normal conditions. Moreover, the behavior of the object suggests that it definitely is not a rocket.

Recently, a video captured by the US Navy was leaked online, revealing a mysterious triangular UFO. A couple of months ago, we wrote about the case of a swarm of UFO drones harassing several US Navy ships in July 2019 and the video below was captured during this exact period.

Several days after the footage was leaked, we got the official confirmation from the Pentagon that the video is real. There is no information as to what the triangular object was but there surely is an ongoing investigation.

One of the most promising UFO sightings from the past decade happened in the last days of last year in Oahu, Hawaii. Multiple eyewitnesses captured and reported a blue light in the night sky that remained visible for several minutes before it dropped into the ocean.

We recently wrote an article on the event, discussing the declassified military report on the blue UFO. For now, the origin and nature of the object remain unknown. See the genuine footage below.

This UFO sighting from 2013 includes some of the most promising footage not only from this past decade but perhaps in the entire history of observations. A mysterious object was monitored for several minutes by the Navy as it hovered over the Rafael Hernandez Airport in Puerto Rico. The UFO made a couple of flybys and then returned to the ocean where it disappeared.

We have an entire article dedicated to this UFO sighting and the ongoing investigations here.

Despite the fact that one of the UFO sightings occurred in 2004, I am including all three here because they were declassified by the US Navy at the same time. All three were captured by pilots aboard F / A-18 Hornet fighters.

The videos were originally published several years ago but the official declassification came only in April 2020. According to the Pentagon, they were revealed only because they do not include sensitive information or capabilities. In each case, it was great to see some effort from the government and not just another major cover-up.

In February this year, the pilots of American Airlines Flight 2292 claimed that they saw a long cylindrical object while flying at a height of 36,000 feet over New Mexico. The UFO sighting was later confirmed by the FAA, FBI, and American Airlines but unfortunately, there is no footage and we do not know whether there is an ongoing investigation or not.

The previous UFO sighting is actually the second such case in the past decade that happened in the region. On February 24, 2018, two separate flights reported close encounters with a mysterious craft at about 40,000 feet in the air. While there is no footage of the object/craft again, the sighting is evidenced by official audio recordings obtained from the FAA.

The Alburquerque Center got a report from a passing N71PG that an object had just passed above the plane. There was no traffic nearby at that time which made the control center inform the next flight American 1095 to report if they encounter a passing object while on their way. Surprisingly, a minute later, the second flight reported the passing of an object about several thousand feet above them.

The Chilean government is known to be absolutely transparent when it comes to UFO and UAP investigations and back in 2017, they published an incredible nine-minute video of a UFO captured by a Navy helicopter.

They observed a mysterious object flying over the ocean with speed identical to that of the helicopter. The UFO was not caught on the nearby radar stations although the helicopter clearly appeared in the scans. The whole observation continued for about 10 minutes when the object disappeared and the helicopter was called to return to base.

Here is another UFO Sighting from the last decade that was confirmed officially, this time by the Peruvian Air Force. The incident took place on February 27, 2019, and included two unidentified flying objects near the Jorge Chavez International Airport in Lima.

The whole event lasted for more than 30 minutes and the objects were monitored by the crews of two commercial flights and the control tower. Unfortunately, there is no footage from this UFO sighting but the important fact here is that it was confirmed by the government.

Here is one of the most incredible cases of a sighting although it is not exactly a UFO. Several pilots from different flights spotted a mysterious aircraft at the same time while the craft itself did not appear on any radars. Simply said, this is not exactly an unidentified object but the fact is that the case has not yet been solved.

Based on the reports, the craft was not small and was able to outpace an airbus at max speed. Unfortunately, no commercial flight was close enough to make the difference and get more insight into the aircraft. Its origin remains unknown.

This case is so incredible and rare that multiple agencies, control centers, and officials were included in handling the incident. At one point, they launched several F-15Cs from the 142nd Fighter Wing based at Portland International Airport. They were sent to investigate but unfortunately, nothing was found and the mysterious aircraft was gone. Perhaps the F-15s were sent out too late.

You can read about the incredible case in this fantastic article by the Drive.