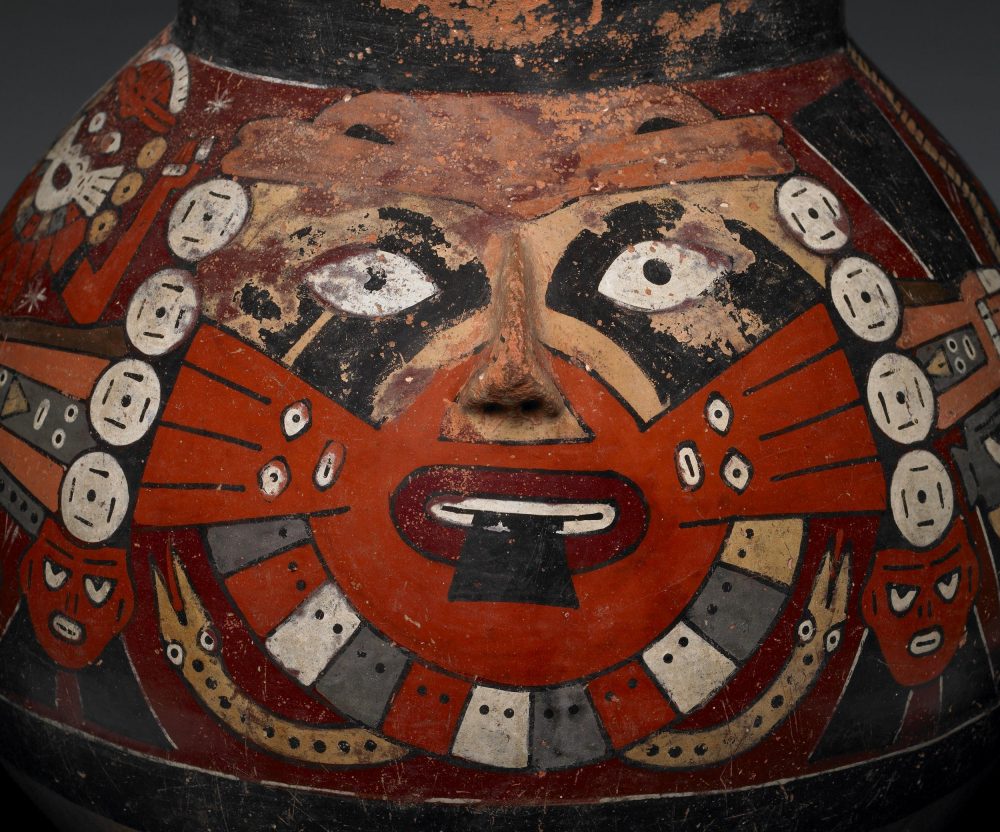 The heritage of the ancient Nazca culture goes beyond the famous Nazca lines that so often take the spotlight.

In Southern Peru, hundreds of geoglyphs adorn the surface of the Nazca Desert. Protected from the dry climate, these ancient creations represent the most popular heritage of the mysterious Nazca culture.

As incredible as the Nazca Lines may be, behind their creation lies one of the many interesting pre-Colombian civilizations, whose existence and even more sudden disappearance is the subject of questions that will probably never be answered.

There is hardly a person who has not seen the Nazca lines, but most are far less familiar with the culture that is currently considered their creator. Therefore, I have decided not to include the geoglyphs in the facts below, but to focus on the interesting aspects of the Nazca culture that may be more unfamiliar to you.

2. Religion: Based on fertility and agriculture

The religious practices of the Nazca culture are quite curious and extraordinary, I would say. As evident from their art and creations, most of their gods were nature-based. As an example, mythical creatures like the killer whale and the spotted cat. This is also visible from the Nazca lines which, in most cases, represent animals and humans.

The Nazca culture’s heritage goes beyond the enigmatic Nazca lines. Their artistry and craftsmanship was impressive and is most evident in the beautiful polychrome ceramics found in various archaeological sites. In most cases, they consist of four colors – white, red, orange, and black.

The Nazca culture is yet another ancient civilization that adopted practices that include cranial manipulations. In other words, they performed skull manipulations like the elongation of their child’s skulls. Historians have yet to unveil the true reasons behind these practices that have been discovered in various places around the world.

Other than that, the Nazca culture is known for their skull surgeries called Trephination. In some cases, these were done to relieve pain from injuries. In other cases, it was done entirely for religious and ritual purposes. These surgeries include making a hole in the skull with the purpose to remove certain bones that apply pressure.

Surprisingly, in most cases, these manipulations were done on people that were awake. Even more surprisingly, evidence has been found that most people survived the surgeries.

Mummies have been found in the tombs of Nazca residents, some have had their heads ritually removed and replaced by ceramic images. It is believed that in the notions of the ancients they provided a connection with the afterlife and the expected revival. The uterine posture in which the bodies are placed suggests that a link has been made between physical death and rebirth.

Cahuachi is often considered as the cultural center of the Nazca culture although it did not serve as a city or a living place. The only “structures” present in Cahuachi are 40 mounds, surrounded by walls. For now, historians believe that this was the main religious site due to the extensive remains of ancient rituals. One of the possible reasons for the selection of this location is that it is one of the few places in the region with a constant water supply and water was literally sacred for the Nazca culture.

7. Water was sacred for the Nazca culture

For the ancient inhabitants of the Nazca culture, the water needed for irrigation was essential, which is why some researchers believe that the mysterious lines of the plateau are irrigation canals. Aquatic animals have been revered as figures of aquatic inhabitants have been found among the specimens of their culture. Since this is one of the driest regions not only in South America but the world, water was of extreme importance, both for their survival and for their culture, in general.

Numerous Nazca textiles have remained in perfect condition due to the dry climate. They were skilled weavers but also impressive embroiders which is evident in the magnificent cloths found in various archaeological sites. Numerous cotton cloths colored in a variety of shades and decorated with illustrations show us that the Nazca weavers knew complicated techniques.

Shamans were incredibly important in the Nazca culture, if not the most. In a similar fashion to other ancient Peruvian cultures, they used different hallucinogenic drugs during religious rituals because they gave them visions to interpret.

10. Disappearance of the Nazca Culture: Unknown

The Nazca culture went into decline around 600AD and disappeared less than a couple of centuries later, and speculations about the reasons for its decline continue to be discussed. One recent study concludes that people cut down acacia-like huarango trees to make room for more arable land. This ultimately caused the demise of their civilization, because these trees help regulate soil fertility and moisture.