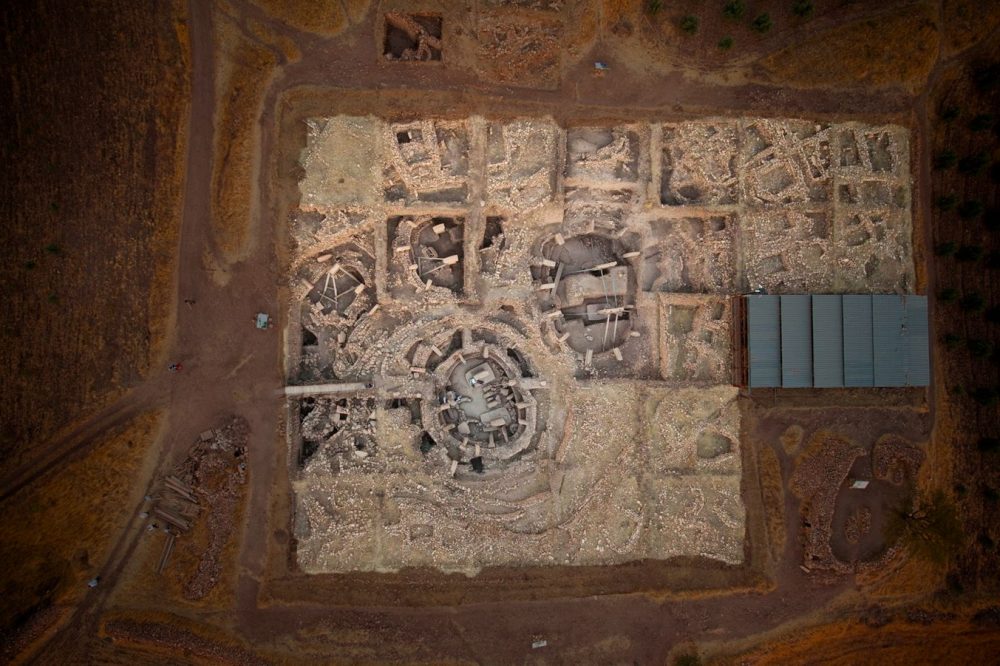 The site is unlike anything else out there, so we can't really compare it to anything. There's nothing as old and as complex anywhere else in the world.

If you ask anyone which ancient monument impresses him the most, chances are they will say the pyramids. It doesn’t have to be the Great pyramid, but pyramids in general. That’s because pyramids are considered some of the most outstanding achievements of humankind.

Pyramids were built on nearly all continents throughout our history. The most famous pyramids are those in Egypt, where the Great Pyramid is considered the jewel of Egyptian architecture.

Many other pyramids exist in Egypt. That of Saqqara–the Step Pyramid–is considered the oldest, while the pyramids at Meidum and Dahshur are considered of great importance since they represent the evolution of the Egyptian pyramid form.

Northern America is home to more than one thousand pyramids of different sizes. However, the Great Pyramid of Cholula, located in present-day Mexico, is the largest in terms of volume.

The Asian pyramids are perhaps the most shrouded in mystery, and Europe (Greece) has some of the least known pyramids on Earth.

But in addition to pyramids, many other monuments are just as stunning.

In present-day Turkey rest the ruins of an ancient site unlike anything we have ever found.

There’s nothing like it in the world, and we can’t compare it to any known monuments in terms of size and history.

Built around 12,000 years ago, Göbekli Tepe lies mainly hidden beneath the surface after it was buried–for reasons unknown–by its builder’s thousands of years ago. The best part is that some parts of Göbekli Tepe appear to be even older than the proposed 12,000 years.

The site is composed of megalithic stones; there are some 16 stone circles that have been discovered to date inside which the ancients placed massive t-shaped stones, most of which weigh around 10 tons. These structures are intricately aligned and display advanced forms of geometry.

Dating back to the last Ice Age

This was done when our planet’s northern hemisphere was covered in massive amounts of Ice Age glaciers. During this time, experts say that a group of hunter-gatherers began building what is now defined–for reasons I still can’t entirely understand–the first megalithic temple on Earth.

The site has been undergoing archaeological excavations for more than 26 years since the first survey in 1994. So far, we’ve uncovered no more than 5 percent, and experts say that it will take us decades before we uncover the entire complex.

Strange carvings and a peculiar society

As we’ve explored Göbekli Tepe throughout the years, we’ve encountered some pretty strange things; not only did we find massive, megalithic stones, we have also come across strange carvings of humanoid figurines and animal carvings, as well as symbols.

Despite this, we have still not explained who built the site–was it really hunter-gatherers?–and why it was built.

There are two leading hypotheses when it comes to Göbekli Tepe; it was either a massive temple or an astronomical observatory. The inability to explain its purpose, exact age and building technique has led to a widespread public debate about Göbekli Tepe. Countless theories have been woven around the site, from aliens to advanced, long-lost civilizations.

Some might say this is far-fetched, and I agree that we need not involve aliens in this.

Humankind has been innovative, advanced, and complex for far longer than we have been willing to accept. This leads me to believe that the culture that built Göbekli Tepe was not a society of hunter-gatherers. No, they were far more advanced than that, and the sole existence of Göbekli Tepe backs up this claim.

The site is unlike anything else out there, so we can’t really compare it to anything. Furthermore, there’s nothing as old and as complex anywhere else in the world, which makes it pretty difficult to study.

Whatever the case, many people believe that Göbekli Tepe was not just a temple and may have been used as a massive astronomical observatory. Two things link Göbekli Tepe to celestial objects; one theory argues that there’s a deeply rooted connection between Göbekli Tepe and the stars in the night sky, particularly Sirius. This is mainly because local populations worshiped the stars several thousand years later.

Another claim, as revealed by best-selling author Graham Hancock, argues that carvings at Göbekli Tepe are linked to a comet that may have impacted our planet at the end of the last ice age.

If any of these claims are true, it would mean Göbekli Tepe was indeed a site deeply connected to the stars and hence served as a kind of ancient astronomical observatory.

We can’t know what it served as

It may very well have been an ancient astronomical observatory. However, in the same way, Göbekli Tepe could also have served as a temple. So there’s also a great chance that neither one of those theories is correct and that Göbekli Tepe was something entirely different.

For example, if experts find that the stone circles at the site were once roofed, it would make them unsuitable for astronomical observations. Also, archaeological excavations of the site suggest that some of the pillars of the site were “recycled” and transported elsewhere. Also, we can’t know to what extent later societies may have rearranged some of the uppermost parts of the site. In other words, we can’t conclude how much the site was altered in the not-so-distant past.

This has been explained by researchers in this study.

“The original layout of Göbekli Tepe’s monumental round-oval buildings (none of which have been entirely excavated) is still the subject of ongoing research. One should be aware that many of the T-pillars incorporated into the enclosures at Göbekli Tepe are not standing in their original positions, and the buildings underwent significant modification during their life-cycles.”

What we do know confuses us

The imposing stratigraphy of Göbekli Tepe attests to millennia of activity. Many structures identified to this day have been found to date back at least 12,000 years, with evidence of even older parts of the site. This is precisely where the importance of Göbekli Tepe resides in. Göbekli Tepe predates, among other things, pottery, metallurgy, the invention of the wheel, writing, but, more importantly, agriculture.

We thought until very recently that people were incapable of constructing megalithic, complex sites until the appearance of agriculture and farming.

This is obviously not the case with Göbekli Tepe. The site’s existence tells us that already 12,000 years ago; an organized, complex society lived in the region. This society was far more advanced than just hunter-gatherers.

So far, archaeological excavations have revealed important clues about Göbekli Tepe, including facts such as;

Symbols found across the world

One of the most fascinating things about Gobekli Tepe, in addition to the massive stones, is the symbology present on the massive T-Shaped stone pillars.

One specific pillar–number 43–from enclosure D is particularly rich in decorations. On it, we have depictions of animals, such as scorpions and vultures, but more importantly, the bag symbolism.

The “handbag of the gods,” as I like to refer to it, has been found on reliefs in Mesoamerica and Mesopotamia, making it one of the strangest symbols out there. What did ancient cultures in Mesoamerica have in common with hunter-gatherers in Turkey 12,000 years ago?

Apparently, nothing but some of Gobekli Tepe’s symbols have been found on ancient sites across the globe.

Whether these are random coincidences or if there is a higher “purpose” is something I look forward to learning.