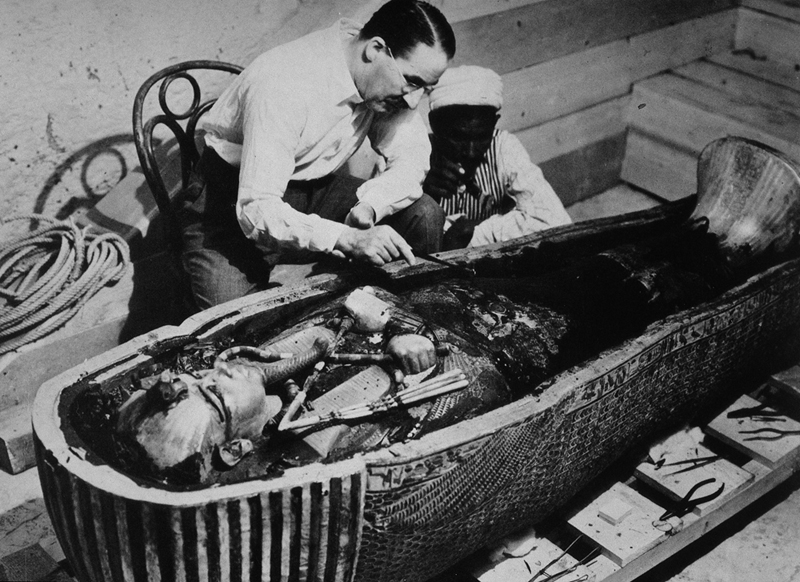 Tutankhamun's fame today likely exceeds that which the ruler enjoyed in his lifetime or could have imagined at all. And although his reign did not leave a special mark on history, the small and extremely unsuitable tomb for a Pharaoh, which he received, turned out to be one of the most emblematic discoveries ever made in Egypt.

Tutankhamun’s subjects regarded him partly as a god and partly as a man. In 1323 BC, his death put an end to an entire era – the time when Egypt was an imperial power. The circumstances surrounding Tutankhamun’s death still remain a mystery. Equally unclear is the reason why he was buried in an unusually small tomb overfilled.

Nevertheless, the tomb discovered by Howard Carter after almost 3,000 years of oblivion made the little-known pharaoh the most recognizable Egyptian figure to the general public today. In his tomb, Howard Carter discovered the glittering treasures of Tutankhamun that lay undisturbed for thousands of years.

For a culture in which the path to immortality passes through the undying memory of man, the tomb of Tutankhamun, preserved intact over the centuries, is a celebration over his nameless and long-forgotten enemies.

Whatever the reason for his early death, four small and very unworthy of Egyptian ruler premises in the Valley of the Kings have kept the mummified body and the amazing golden treasures of Tutankhamun for thousands of years. Today, bearing the modest name KV62, the tomb is one of Egypt’s most significant archaeological finds.

It took archaeologists years to describe and remove the 5,398 objects found in the tomb. To date, only a third of them have ever been exposed to the public. Most of them are located on the 2nd floor of the Egyptian Museum in Cairo today.

Despite the incredible treasures that Howard Carter discovered, Tutankhamun’s tomb is too modest for any ruler of Egypt. The size and frescoes lead archaeologists to believe that those who prepared the funeral were in a hurry. Probably the tomb intended for the ruler was not yet ready at the time of his death, so they had to use this one. There was no time for lavish decoration.

Tradition dictates that the walls be painted with scenes from Amduat, an ancient Egyptian esoteric book containing the instructions and spells the deceased needed to move smoothly into the afterlife. There is only one scene from the holy book in Tutankhamun’s funeral home.

Note: The following objects are not listed in order of importance.

1. The Death Mask of Tutankhamun

Of course, the most memorable item in the collection is Tutankhamun’s golden burial mask, which has become an emblem of Egyptian archeology. The last portrait of the child king, created from 11 kg. of massive 24-carat gold, exquisitely decorated with semi-precious stones, stained glass, red chalcedony from India, and obsidian.

The eyes and eyebrows are beautifully outlined by Afghan lapis lazuli. The masterful and precise making of the mask leads some researchers to believe that the 70-day period that the masters have between the death of the pharaoh and his burial would not be enough to make it.

For this reason, it is assumed that the mask was intended for someone else, probably Nefertiti, and the early and unexpected death of the pharaoh necessitated the replacement of the cartouche with the name of the ruler. So far, there is no convincing evidence to support such a claim.

Many people do not know that Tutankhamun’s sarcophagus held not one but three coffins.

The outermost sarcophagus which held the three golden was is massive, made of red quartzite, and is still in the tomb in the Valley of the Kings. Tutankhamun’s body, along with the golden mask, was placed in the smallest of the sarcophagi. Unlike the other two larger coffins, which are made of gilded carved wood, the innermost is made of 180 kg. solid gold.

One of the most mysterious treasures of Tutankhamun is his iron dagger of unknown origin. It was placed directly on Tutankhamun’s mummified body. The dagger has a handle with a mountain crystal and an exquisite golden scabbard decorated with floral motifs.

Legends tell that the iron from which the blade is made came from the stars as a heavenly gift to the Pharaoh. Studies have revealed an unusually high level of nickel and cobalt levels in the iron, which are found only in meteorites found in Egypt around the shores of the Red Sea.

Numerous pairs of sandals were discovered in Tutankhamun’s tomb but the golden ones visible on the picture above should be the ones that were placed on his legs before the ritual wrapping in linen. Similar sandals have been discovered in the tombs of other Egyptian pharaohs.

As an additional fact, I would like to mention the role of sandal-bearer in ancient Egypt. However it may sound, this was an extremely important position to hold and it came with many important duties. The two most important duties of a sandal-bearer were to carry the pharaoh’s footwear and to also wash his feet before putting them on.

One of the discoveries that rarely draw as much attention is the wooden box that held the two small gilded coffins of King Tut’s stillborn children. Of course, this particular finding cannot be considered exactly a treasure but it is an extremely important discovery for the life of Tutankhamun.

For decades, information about the two miniature mummies was limited but nowadays, it is considered that the smaller child died around the 6th month of pregnancy while the larger child presumably died shortly after birth.

The bed you see above is one of the many beds found in Tutankhamun’s tomb. Ancient Egyptians believed that the dead will wake in the afterlife and carry on with a new life, thus, each pharaoh was given several beds to sleep on in his/her tomb. Perhaps the most famous of all found in King Tut’s tomb is the bed that held the sarcophagus and inner coffins but few quality photographs of it exist.

7. The Golden Throne of Tutankhamun

One of the most magnificent treasures of Tutankhamun was his golden throne. Like the majority of the treasures found in the tomb, the decorations of the throne are in the animal theme. It is made from wood but is entirely covered in 24k gold and decorated with numerous animal figures and semi-precious gems.

At the back is a spectacularly detailed illustration of King Tut sitting on his throne with his only wife Ankhesenamen reaching her hand, presumably anointing him with some sort of a salve.

Here is another of the hundreds of masterpieces found in Tutankhamun’s tomb and perhaps my personal favorite – this time his ceremonial throne. It is an absolutely magnificent example of the craft-work of ancient Egyptians that combines some of the traditional Egyptian symbols with a simplistic color palette and design. It surely isn’t as ornate as the golden throne we discussed above but I consider it one of the most important treasures of Tutankhamun.

While a large number of statuettes were found, I would like to discuss the one on the left as it is exceptionally special when compared to the usual ancient Egyptian statuettes. What makes it so special is the depiction of King Tut in action. Most ancient Egyptian statues and statuettes depict still figures while this one has the pharaoh making a step forward while preparing to throw a spear/harpoon.

In contrast, you can look at the second statuette on the right which is a lot more traditional and presents Tutankhamun holding two items – presumably a whip and a curved stick.

Perhaps this is not what you would expect to read about in an article about the treasures of Tutankhamun but it is an equally important discovery.

If you are unfamiliar with the purpose behind the canopic chests and jars, they were made to keep the internal organs of the dead. Such funerary furniture has been found in numerous ancient Egyptian tombs made from all kinds of materials – wood, bronze, pottery, and even alabaster like the ones you see above from King Tut’s tomb. 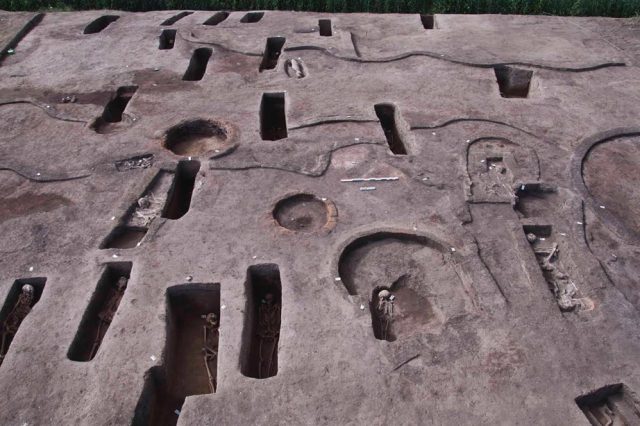