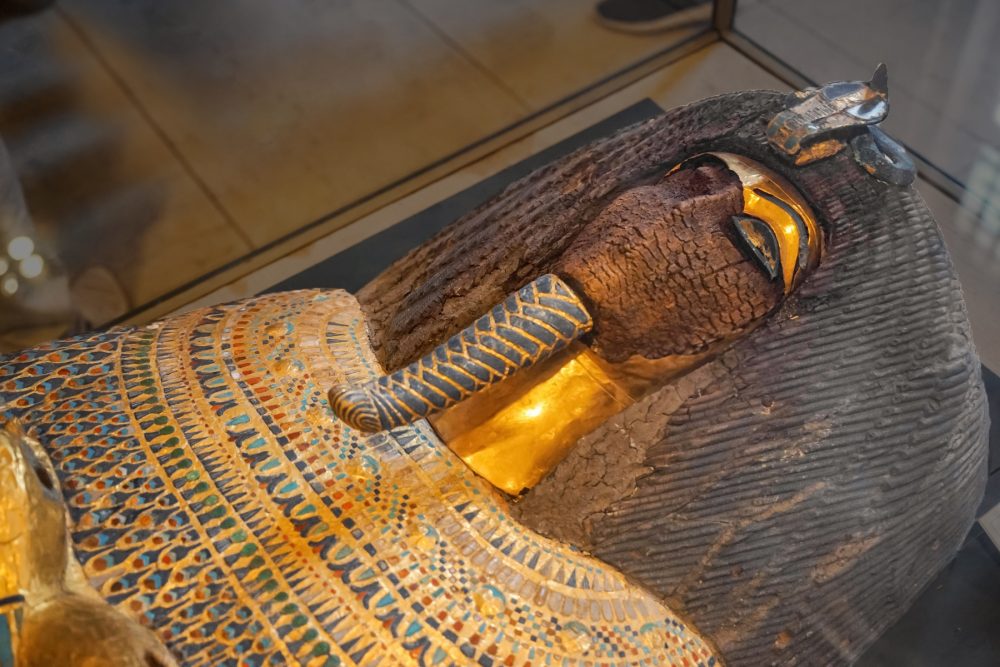 Ancient Egypt is a treasure trove of history, and here are ten reasons it is one of our favorite places in history.

The evolution of the Egyptian civilization bore evidence to the culture of different nations. First, it was seized by the Greek government and later fell to the Roman government, and lately, Egypt is in the control of the Muslim ideology. It is a fact that the tales of the greatest civilizations prospered along the meandering course of the River Nile in Northeast Africa.

The glories of each culture and civilization lay buried layer by layer, only to be discovered several centuries through the activities of Egyptologists, historians, and archaeologists. Below are the great ancient Egyptian discoveries that changed history.

The Egyptian pyramid at Giza remains the recognizable symbol of ancient Egypt built for the three pharaoh generations, namely, the Menkaure, Khafre, and Khufu, popularly known as the Cheops. All these were from the old kingdom that dated between 2572 to 2130 B.C.

Legend has it that Imhotep was instrumental to the innovations and ingenuity of the Egyptian pyramids. Concerning the resources used for the construction of the pyramid, Herodotus estimated that 100,000 men worked for 20 years to erect the massive structures. Over the centuries, tomb raiders made away with some important treasures in Egyptian tombs. The 1880 excavation bore evidence of the riches lying on the floor of the pyramids.

The Pyramid at Giza has many marvels, tunnels, temples, and top among them is the Sphinx, which is a monumental statue of a lion with the Pharaoh Khafre’s head. In 1954, archaeologists unearthed an intact ship, which measured 140 feet long. Found at the base of the massive pyramid, the ship was discovered with the inscription of Pharaoh Khufu’s name. There is no doubt it was buried with other grave treasures before its discovery, excavation, and display at the Solar Boat Museum.

The history of the 18th dynasty boy Pharaoh, Tutankhamen, helped to shape the ancient Egyptian civilization. King Tut’s tomb was long lost before it was rediscovered in 1922. The tomb was located in the Valley of the kings on the Nile’s west bank. Pharaoh Tutankhamen’s tomb was buried in debris for 3000 years as a means to shield it from the adventure of tomb raiders. The tomb of Tut’s mummy was also discovered with many treasures, including a remarkable gold death mask, which bore evidence to the lavish nature of the Egyptian period.

The military adventure of Napoleon Bonaparte’s army in 1798 led them to a black granite slab with ancient writing on one of its sides. Dating 196 B.C, Rosetta Stone is presumably created in Memphis for Pharaoh Ptolemy V as a testament to his right to rule over Egypt.

The three language inscriptions (demotic, Greek, and hieroglyphics), which was translated in 1822, served as a key to unlocking hieroglyphs. It further shed light on Egypt’s civilization and advancement.

At the beginning of World War II, Pierre Montet, a French Egyptologist, stumbled upon a treasure-filled tomb at the new Kingdom capital of Tanis. The treasure in the tomb of Silver Pharaoh almost equaled what’s obtainable in Pharaoh Tutankhamen’s tomb.

The 21st-Dynasty Pharaoh Psusennes was buried in a wonderfully detailed silver coffin adorned with an impressive gold burial mask. The magnificence that characterizes the silver pharaoh’s tomb raised new questions on the power and wealth which pharaohs presumably did not possess at the time Psusennes oversaw the affairs of Egypt.

Following the passing on of the century’s Egyptian first female leader, Queen Hatshepsut, in 1458 B.C., her successor and stepson Thutmose III erased everything that has to do with evidence of her reign. In the 19th century, archaeologists decoded hieroglyphics on her temple at Deir al Bahri in Luxor. In 1903, Howard Carter discovered the empty tomb of Hatshepsut, unlike the tombs found in the Valley of Kings. However, two coffins of which one was that of the first Egyptian leader was discovered in 2007 through the matching of the molar discovered in the jar into the space in the queen leader’s jaw.

A vast necropolis close to the Bawit, South of Cairo, was discovered in the mid-1990s by a team of archaeologists. At the first excavation were discovered about 105 mummies whose bodies were beautified with glided masks and chest plates. Some other bodies were covered with line coverings, plaster, or terracotta. Named the Valley of Golden Mummies and believed to contain 10,000 mummies, the ancient burial ground gave an indication of the classes of women that inhabited many centuries before now.

The 19th-century pharaoh Ramses II presided over the affairs of ancient Egypt for over six decades as the most powerful pharaohs. One of his major legacies was the building of many massive and impressive monuments, including the Temples at Abu Simbel. Ramses’ tomb was initially placed in the Valley of kings but was later carried away to prevent stealing his corpse. In 1881, archaeologists found his mother, where she lay in a secret cache at Deir el-Bahri. Formerly in the Egyptian Museum in Cairo, Ramses mummy was transported to Paris in the 1970s for examination and treatment of fungal infection.

Documentations from archaeology has it that the most impressive building project evident of Ramses II’s reign were two stone temples etched into a mountainside close to today’s Egyptian-Sudanese border circa. At the entrance of the temple were four massive statues of pharaohs while the inner chamber was built only to permit a two-day illumination once a year.

Egypt’s Supreme Council of Antiquities in 2010 made public the discovery of the remains of a 2200-year old temple in today’s Alexandria. The temple built by the wife of Ptolemy III, Queen Berenice, was dedicated to Bastet, the Egyptian goddess who assumes the features of a cat. Cats were one of the respected Egyptian house pets. Close to 600 statuses were found inside the temple, which was an indication of the continued veneration even in the Ptolemaic dynasty.