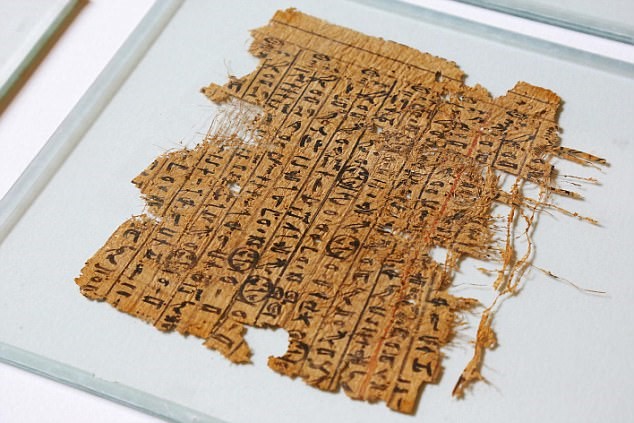 The discovery of the harbor in Wadi Al-Jarf can be considered the greatest archaeological discovery related to ancient Egypt since the beginning of the century.

Egyptologists were the happiest people in the world back in 2011 when an archaeological mission set with a completely different task located the remnants of an ancient port in the Wadi Al-Jarf area near the Red Sea.

Little did they know that they had found not only the oldest harbor in the world but an entire complex of impressive size. If the discovery itself was not significant enough, the plethora of artifacts surely proved it.

1. It dates back to the reign of Pharaoh Khufu

Judging by the historical sites that date back to Pharaoh Khufu’s reign, he must have been an extraordinarily ambitious man.

After the discovery and excavation of this ancient port, it was realized that it too was made during Khufu’s reign and served as a trading port for minerals and goods to be transported to other Mediterranean civilizations.

Overall, this makes it more than 4500 years old and by far – the oldest harbor in the world, standing over a millennium older than any other historical site of this kind.

The total length of the ancient pier is around 280, which is an incredibly impressive size even for our standards.

Generally, you can see a small part of the pier on the shore and some of its extensions in the sea during low tide. The shape of the port resembles the letter “L” as it is divided into two sections – the larger one starting from the shore and extending for about 160 meters, which then turns and continues for another 120 meters.

The Wadi Al-Jarf harbor is not only the oldest but also perhaps the largest port complex that we know of. The current excavations have covered an area of at least 6 kilometers from the shore to the nearby Eastern Desert Mountains.

Furthermore, the harbor complex also has the largest number of storage galleries. In comparison, the second and third largest ancient Egyptian ports that have been excavated – Mersa Gawasis and Ayn Sukhna, have only 6 – 10 galleries.

Numerous ancient pottery kilns suggested that this area was not only a trading center but also a place for production. The artifacts found in the galleries mentioned above further confirmed this theory.

Not one or two ceramic jars were found not only in the galleries but also in the shallow waters surrounding the pier. This means that this local production was also sent as cargo on the trading ships.

The dozens of galleries mentioned above were home to some of the most incredible ancient Egyptian artifacts and have given us inestimable knowledge about this ancient civilization.

To be perfectly fair, the majority of jars were found in pieces but still, it is estimated that there were thousands of them lying around in the storage galleries.

It is interesting that every single jar had red or black hieroglyphic markings with the intended destination that it should travel to but apparently, they never reached their new owners.

6. More than 20 ancient limestone anchors were found in the shallow waters

How do you excavate a port site without underwater archaeology? As a result, the discoveries were more than satisfactory.

The exact number is unclear but according to the team in situ from several years ago, they discovered not less than 22 ancient limestone anchors which to this day is the largest discovery of this kind.

Undoubtedly, the most astounding discovery was several hundred papyrus fragments dating to the end of Khufu’s reign. This makes them the oldest example of papyrus discovered in Egypt, a truly remarkable discovery for a port site.

The majority of papyri gave records of food deliveries and other administrative information. The most remarkable discovery, perhaps, was the journal of Merer that you will learn about in the following fact.

8. Archaeologists also found a journal describing the building of the Pyramids of Giza

The logbook of Merer includes more than 100 pages with curious priceless information. As a heads up, Mere was a Memphis official who participated in the construction of the Pyramids of Giza and had more than 200 men under command.

Anyway, it is curious that the pile of documents does not mention anything about Merer’s business in the port. On the other hand, he described numerous lateral operations connected to the building of the pyramids.

From the extraction of limestone from the nearby quarry to the transportation to the pyramid construction site, he gave extensive information that archaeologists were unaware of before.

9. Another nearly 100 anchors were found between two storage buildings on the shore

Apart from the storage galleries far from the shore, archaeologists found several coastline storage structures that were previously invisible. Between two of these structures, they found a total of 99 untouched anchors made from limestone blocks and even sandstone.

A curious theory suggests that this was a deliberate collection of anchors for several reasons. First, they were aligned and stored carefully. Second, there is proof that the anchors were used before that as they have clear signs of contact with water. Third, the majority of anchors had completely different designs.

Last but not least, most anchors had red and black hieroglyphic markings similar to the ceramic jars. Supposedly, these signs would mean the name of the ship or the crew that used them.

10. The Harbor was abandoned after Pharaoh Khufu’s Reign

This is some sort of a weird tradition of the ancient world. Even the most advanced and prosperous locations would suddenly get abandoned without a logical reason.

I understand that each pharaoh is different and in most cases, rulers tend to destroy the legacy of their predecessors, but abandoning a harbor complex of this size is an absolute economical loss.

In the end, was it not abandoned, we weren’t going to find such incredible artifacts like the oldest papyri in the world or the thousands of ceramic jars.